Marvin Olasky is editor-in-chief of the World News Group, holder of the Distinguished Chair in Journalism and Public Policy at Patrick Henry College, and Dean of World Journalism Institute. He is the author of 18 books, including Compassionate Conservatism, The Religions Next Door, Fighting for Liberty and Virtue, and Prodigal Press. He has co-authored ten more.

Dr. Olasky earned an A.B. from Yale University in 1971 and a Ph.D. in American Culture from the University of Michigan in 1976. He has written 2,800 articles for publications ranging from the New York Times, the Wall Street Journal, and the Washington Post to World, which with 400,000 readers is the leading Christian news magazine in the U.S.

Dr. Olasky was a professor at The University of Texas at Austin for two decades and provost of The King’s College, New York City, from 2007 to 2011. He is also a senior fellow of the Acton Institute and has chaired the boards of City School of Austin and the Austin Crisis Pregnancy Center.

He has been married for 36 years, has four sons, and is an elder of the Presbyterian Church in America. He has been a foster parent, a PTA president, a cross-country bicycle rider, a newspaper reporter, an informal advisor to George W. Bush, and a Little League assistant coach.

Philanthropy magazine called Dr. Olasky’s The Tragedy of American Compassion one of “eight books that changed America.” His writings have been translated into Chinese, Spanish, Italian, French, Portuguese, and other languages, and he has lectured in Europe, Japan, Chile, and elsewhere. 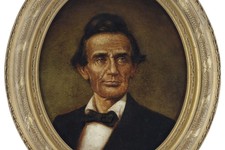 Thinkin’ About Lincoln
By Marvin Olasky
On a surprisingly snowy April 20, a visit to the Springfield, Ill., presidential museum showed me that Abraham Lincoln’s time ...
May 08, 2021 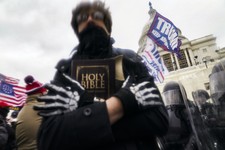 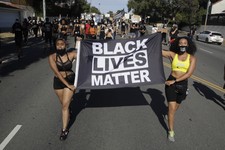 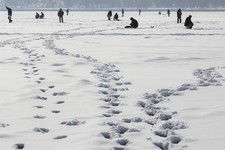 Rescue Teams Needed
By Marvin Olasky
Donald Trump. Others will grudgingly vote for him. Some may vote Democratic, dancing to the music of Joe and the ...
October 04, 2020 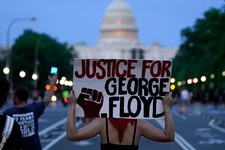 What Might Have Been: The Tragedy of George Floyd
By Marvin Olasky
I try to reply cordially to every letter WORLD members send me. During June I briefly apologized 20 times to ...
July 30, 2020 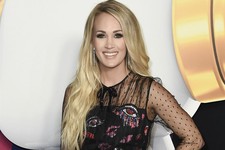 The Other America
By Marvin Olasky
On May 31, as protests and looting hit large cities and the airwaves filled with talk about the great need ...
July 13, 2020 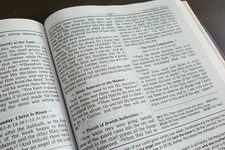 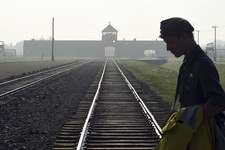 Tracing World War II Murders
By Marvin Olasky
Parental advisory: This column quotes some graphic descriptions of Holocaust atrocities.Amid stories of how the coronavirus focuses our attention, I ...
May 14, 2020 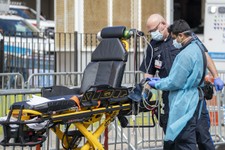 Rising and Falling
By Marvin Olasky
Romans 8:28 says “all things work together for good, for those who are called according to his purpose.” How could ...
April 21, 2020 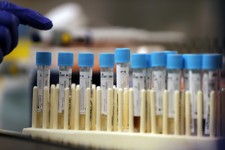 Stagger and Recover
By Marvin Olasky
The American way of fighting virusesIf the United States were a football team, our opponent would score two touchdowns before ...
April 07, 2020 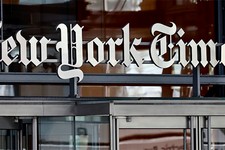 Misplaced Blame: Using 1619 For Propaganda in 2020
By Marvin Olasky
This year's Oscar festivities included a commercial for the biggest historical gambit of the past year, the “1619 Project” of The ...
March 01, 2020 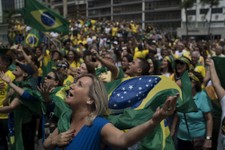 The Arrogance of the New
By Marvin Olasky
What respect do we owe the aged — not just old people but old books, artifacts, buildings, and ideas that ...
February 03, 2020 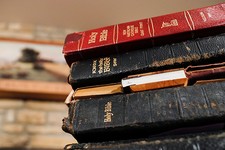 High Speed Pursuit: Finding Our Only Comfort in Life and Death
By Marvin Olasky
The Heidelberg Catechism, published in 1563, poses a good question to contemplate as 2019 heads toward history: “What is your ...
December 29, 2019 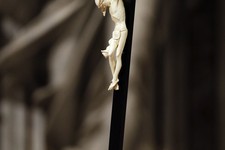 How Christianity Remade the World
By Marvin Olasky
Until this year, the first 20 pages of “Witness” by Whittaker Chambers (Random House, 1952) comprised the most brilliant preface or foreword ...
December 01, 2019 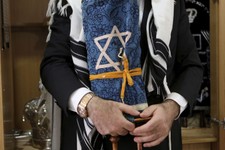