The Arrogance of the New

Marvin Olasky
|
Posted: Feb 03, 2020 1:01 PM
Share   Tweet
The opinions expressed by columnists are their own and do not necessarily represent the views of Townhall.com. 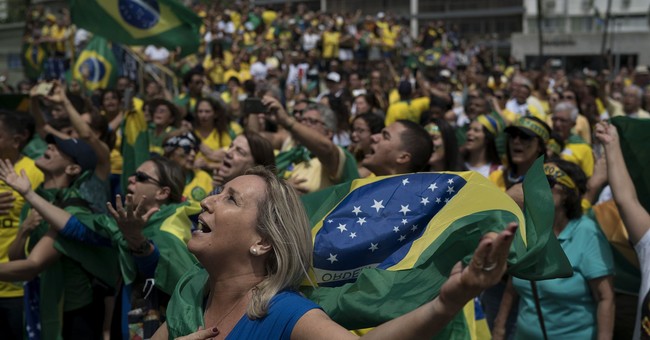 What respect do we owe the aged — not just old people but old books, artifacts, buildings, and ideas that aren’t woke?

My wife and I walked around Rio de Janeiro in December and saw beautiful old buildings including the Municipal Theater and the National Library, but not Brazil’s oldest scientific institution, the National Museum. A fire in 2018 destroyed it and its nearly 20 million natural history and anthropological artifacts, along with 470,000 volumes and 2,400 rare works.

Supporters of the museum had said it was a firetrap. They were right: The fire began in an air conditioning unit with loose wiring and without external grounding and individual circuit breakers. Some blamed liberal politicians who had cut funding for traditional museums while throwing $59 million into building the Museu do Amanhã, Museum of Tomorrow, along the waterfront.

The new building’s futuristic exterior is striking. But what’s inside is an even more striking combination of left-wing prophecy and child abuse.

Rio’s Museum of Tomorrow ratchets up the tension. To the noise of thunderstorms and police sirens, Rio children and adults learn their city “will become hotter and more humid. The sea will invade the coastline.” Giant screens shout “MAS MAS MAS. [More, more, more.] WE ARE OVER 7 BILLION AND WE WILL BE MORE.” Then come photographs that make humans seem like swarming insects, with a suggestion that Earth takes revenge: “WE ACT, THE PLANET REACTS.”

Here’s what’s odd, though: While many dozens of screens display panic about global warming, tucked away on a small interactive display is a different fear. Touch the screen and learn we might be on our way to global cooling, since “the water from the thawing of the eternal ice cover in the north of the planet could reach the Gulf Stream, [leading to] an increase in the snow cover in the north of the planet, causing a drop in temperature.”

More: “Changes in the gas composition of the atmosphere or variations in the intensity of solar radiation could lead to a major cool down of the planet. Many believe that our Sun could be entering a period of low activity, similar to what happened between 1645 and 1715 … in which there was a ‘Little Ice Age’ which caused the freezing of the river Thames in England.”

The only common denominator: Climate change of any kind creates trouble. That’s silly in some ways, but if we don’t believe God created and sustains the world, Earth becomes a fearful place indeed. The Museum of Tomorrow by 99-1 says we will face fire rather than ice, but it’s 100 percent Darwinian materialist: “Much has happened since single-celled organisms began to reproduce in the primitive ocean. From that initial biological soup emerged increasingly complex beings.”

Do alternative explanations exist? The museum says all ancient civilizations, no exception for one in ancient Israel, were “based on their myths. … For many centuries, only mythology and philosophy conjured explanations for the totality of the universe.” Happily, St. Darwin changed all that: We now know that “all animal and plant diversity is the result of the evolutionary process.”

Ironically, the Museum of Tomorrow sells presentism: The past was inferior and the future is trouble. But old buildings, books, and artifacts tell a different story: We were physically but not intellectually poorer. Without our national museums, history is high on the ladder of abstraction. We should read new books but keep the old: Some are silver, some are gold. And the best old book teaches us to be humble before God.