Marvin Olasky
|
Posted: Oct 04, 2020 12:01 AM
Share   Tweet
The opinions expressed by columnists are their own and do not necessarily represent the views of Townhall.com. 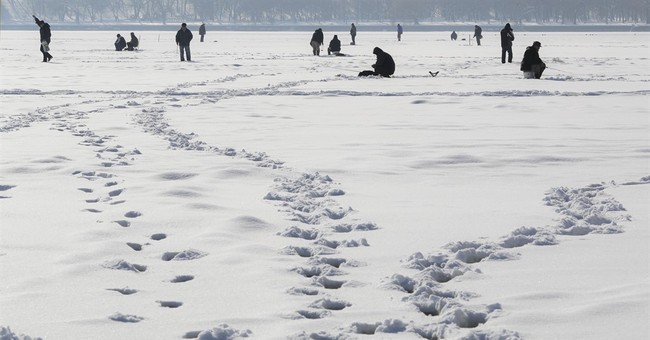 Donald Trump. Others will grudgingly vote for him. Some may vote Democratic, dancing to the music of Joe and the Radicals. Others, anticipating a Biden victory, will concentrate their efforts on maintaining a GOP majority in the Senate. Many may see the November presidential choice as a Siberian Dilemma and feel helpless.

We’re not. Yes, we’ll be on thin ice whether Trump or Biden wins. But we face this fall not as a Siberian Dilemma but a Massachusetts Dilemma. Where I grew up near Boston a frigid day is zero, not 70 degrees below. After I returned from the Soviet Union, I went back to work on The Boston Globe. My first story was about two children who walked on the thin ice of the Charles River. They fell through. They drowned. Interviewing their parents was miserable. The children could have survived if someone had pulled them out and warmed them up.

Christians aren’t helpless now, even in the face of America’s troubling polarization. On a political level, we can help warring factions make progress on some issues. I wish that were the case with abortion: with that tragedy our “common ground” is tiny. But it’s encouraging to see the Alliance Defending Freedom, the biggest Christian public interest law firm, working alongside leftist groups like the ACLU and the NAACP Legal Defense and Educational Fund to reform rules of “qualified immunity” that have allowed a few rogue police officers to get away with murder, literally.

Our ultimate need, though, is to not make politics ultimate. Three Novembers ago at the McDonald Observatory in West Texas, I peered through an enormous telescope at galaxies millions of light years away. Viewing this Biggest Sky Country, I hummed, “When I soar to worlds unknown, / See Thee on Thy judgment throne, / Rock of Ages, cleft for me, / Let me hide myself in Thee.”

If we remember how awesome God is, we won’t wake up depressed on Nov. 4, no matter who wins. A recent issue of our magazine includes a back-to-school section: Christians are always in school. There’s so much to learn whenever we look around. We are blessed to be alive right now, with the opportunity to pull some people out of icy water.

Is This the Most Nonsensical Headline Yet About the COVID Vaccine?
Townhall
Girl fight! AOC pulls the 'tell me again where Christ said' card on Lauren Boebert over Christmas photo with guns
Twitchy
It's Over for Kamala
Redstate
Reps. Greene and Gohmert Finally Met the J6 Political Prisoners: What They Saw Isn't Pretty
PJ Media