Wit and Wisdom: Laughter May Be the Best Antidote to Vicious Politics

Marvin Olasky
|
Posted: Nov 14, 2018 12:01 AM
Share   Tweet
The opinions expressed by columnists are their own and do not necessarily represent the views of Townhall.com. 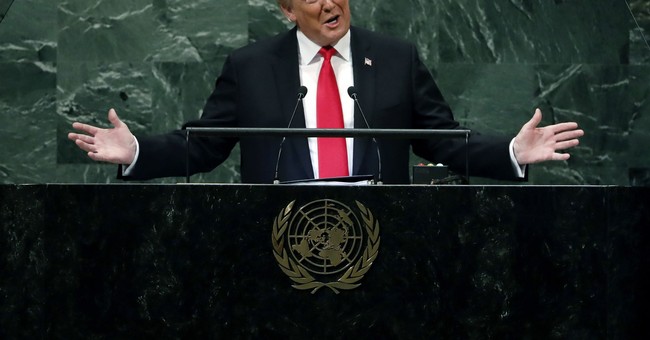 Early in this decade I produced a column of jokes for a WORLD issue each April at income tax filing time. I fell out of practice, but one reader last month said he would need some humor when contemplating election results -- and that week, providentially, I picked up a new book, “Wit’s End” by James Geary, and also received from a playwright friend, Kenan Minkoff, some of his unpublished humor.

“Wit’s End” includes wordplay like “There was pandamonium at the zoo when the bamboo ran out,” and “Time flies like an arrow, fruit flies like a banana.” It has life-or-death wit like that displayed by a man sentenced to death but allowed to choose his own method of execution: The man said, “Old age.”

Geary also helps us deal with snobs. He tells of one messy eater who sat across the table from an arrogant noble. The noble sneered, “What separates you from a pig?” The wit replied, “The table.” Similarly, an intellectual lady at a meeting snapped at the farmer sitting next to her, “I don’t like having a fool by my side.” The farmer replied, “I don’t mind.”

And I like Groucho Marx’s quip when he entered a restaurant and saw his former wife at a table: “Marx spots the ex.” Which leads me to one of Kenan Minkoff’s maxims concerning moral turpitude: “Where there is a will, there is a way out.” He also writes about gardening (and covetousness): “Whoever says the grass is greener doesn’t have to mow it.” And Kenan notes one problem with “free love”: “You get what you pay for.”

Turning back to politics, Kenan notes that older voters assert the Right to Dye, which faces opposition from the “Gray Rights” movement. And some of us fight for the Right to Strife by ascribing vile motivations to political opponents. The Right to Bare Arms is worth upholding, except that extremists move on to bare bellies, which is a privilege, not a right.

Freedom to Want also has stout defenders: Kenan defines it as the right of all people regardless of resources or economic productivity to have access to nonessential consumer goods. This right eliminates any differences among the English words “want,” “need,” “desire,” “whim,” and “basic human necessity.” Along with this right comes moral outrage about people who practice fiscal restraint before buying things they do not “need.”

In WORLD’s Policybook, I note different ways journalists might look at Jack and Jill: She’s a devoted wife who puts her career on hold to tumble down the hill after her husband, or she’s a feminist who pushes her klutzy companion. But Kenan does me better with his American Psychiatric Association analysis of Goldilocks, who tests boundaries by engaging in high-risk eating, sitting, and sleeping behaviors.

Kenan also gives the Womyn’s Studies version: Goldie escapes from a patriarchy where Eurocentric visiodominant attitudes have fetishized her blond hair. In the woods, though, she enters the “Golden Cage” of heteronormative femininity via a bed and chair that are uncomfortably soft.

(And don’t forget the socialist interpretation: Goldilocks represents capitalists and their “gold” that “locks” workers in perpetual servitude. Capitalists consume workers’ food, destroy their child’s chair, and even steal their very sleep by co-opting their beds. We must re-educate blondes, redistribute porridge, and make all beds and chairs equally uncomfortable.)

Kenan could not resist razzing the left. He says you’re a Progressive if you think that moral principles undergirding Western civilization should be disposable, but diapers should not be; if you’re sure God does not exist but aliens do; if you see the Ten Commandments and the Constitution as jumping-off points for negotiation; if you can’t judge the content of someone’s character until you know the color of his skin.

Furthermore, he says you’re a Progressive if you think your indulgences are rights and my rights are indulgences; if you think our borders should be open, but Walmart should not be; if you’ve had your consciousness raised by an Oscar acceptance speech; if you have more compassion for trees than for people on life support; if you think history definitively proves that capitalism doesn’t work, but communism would, if “done right.”

But seriously, folks, with elections done for now we’re still blessed with alternatives to the answer a North Korean will give you if asked how things are there: “I can’t complain.”