Beer Bashing: How Prohibition (of Alcohol) Began a Century Ago

Marvin Olasky
|
Posted: Oct 02, 2018 12:01 AM
Share   Tweet
The opinions expressed by columnists are their own and do not necessarily represent the views of Townhall.com. 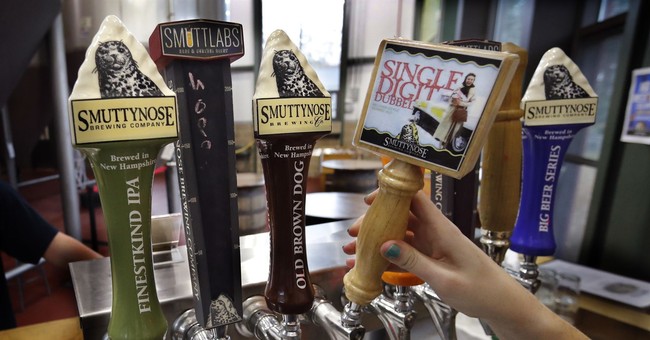 In September 1918 the Boston Red Sox won the World Series. Some boys pasted a diamond-shaped sticker onto their baseball bats: “Speed! Aim! Ambition! Make a good ball player. Liquor injures all three. Ask the Red Sox.” It was a time of wild baseball optimism in Massachusetts -- yet the next World Series win wouldn’t come until 2004.

Some Boston draftees that fall journeyed 38 miles northwest to Fort Devens, preparing for travel to France to finish off the Germans. It was a time of wild optimism regarding future peace as the War to End War ended, but many of those soldiers never left Fort Devens: They were victims of an influenza pandemic that killed probably 50 million people worldwide, including 675,000 in the United States. (And a second world war, even more destructive than the first, started only 21 years later.)

But one reason for optimism engaged many Christians especially. More than two-thirds of U.S. senators and representatives had voted for a constitutional amendment to prohibit the manufacture and sale of all liquor in the United States. By January 1919 three-fourths of the states had approved it. Prohibition became law the following January, inaugurating a roaring decade in which some thought the Millennium cometh.

A University of Texas collection of pamphlets from the 1920s displays the exuberance of advocates who said Prohibition would transform America. Evangelist (and former ballplayer) Billy Sunday declared, “The reign of tears is over.?... Slums will soon be only a memory. We will turn our prisons into factories and jails into storehouses.” The Woman’s Christian Temperance Union equated Prohibition with happy homes. Rev. A.C. Bane dubbed the campaign against alcohol “humanity’s greatest battle,” and said the United States would now advance “with the spirit of the missionary and the crusader to help drive the demon of drink from all civilization.”

Throughout the 1920s some Americans pushed for repeal of Prohibition, but the Texas senator who had authored the 18th Amendment, Morris Sheppard, saw as much chance of repealing it “as there is for a hummingbird to fly to the planet Mars with the Washington Monument tied to its tail.” After all, Prohibition and prosperity began with the same three letters: Put the money saved by not drinking into the stock market and grow rich, since the market would always go up and up and up.

But Prohibition advocacy had two soft spots. One was potential: What if prosperity declined? Another was based in class and ethnicity: Workingmen, particularly of German and Irish descent, didn’t see why beer that gave them a buzz should be classed with hard liquor. During the world war, beer could be no more than 2.75 percent alcohol, and even with the 18th Amendment -- which prohibited “intoxicating” beverages but didn’t define that word -- many had expected beer of moderate strength to remain legal.

Nevertheless, prohibitionists intoxicated with success pushed Congress to set the legal limit at 0.5 percent. Beer’s connection to German brewers -- the United Brewery Workers’ constitution required that its president speak German -- hurt its wartime standing. The Anti-Saloon League said, “The worst of all our German enemies, the most treacherous, the most menacing are Pabst, Schlitz, Blatz, and Miller.?... German brewers in this country have rendered thousands of men inefficient, and are thus crippling the Republic in its war on Prussian militarism.”

Congress passed the Volstead Act, which prohibited everything alcoholic. The number of breweries cratered from 1,300 to zero. Tens of thousands of workers in those businesses lost their jobs. The Coors Brewing Company started producing malted milk and porcelain products. Democratic presidential candidate Al Smith proposed in 1928 that beer be allowed. He lost badly to Herbert Hoover.