Baseball History as a Guide to Welfare

Marvin Olasky
|
Posted: Oct 31, 2018 12:01 AM
Share   Tweet
The opinions expressed by columnists are their own and do not necessarily represent the views of Townhall.com. 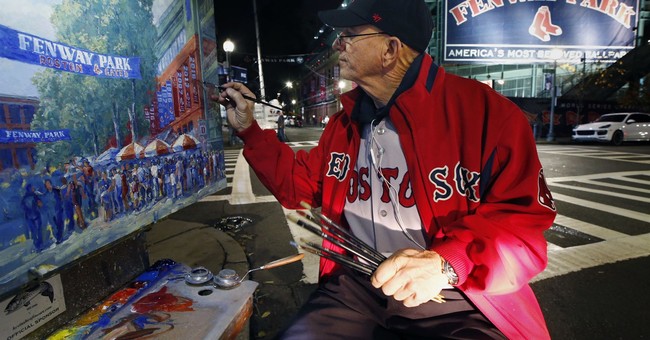 Bookstores now display literary efforts with titles like “A History of the World in 6 Glasses” -- and I’m up to a challenge. Here, in honor of the splendid 2018 major league season, is a history of helping the poor in America in terms of three ballparks.

American aid to the poor a century ago was like the newly opened Fenway Park. Chairs and concourses were narrow. Some seats had obstructed views. But fans were close to the action, and the park had weird elements like a 37-foot-high wall eventually dubbed the Green Monster. It turned some high fly ball outs into home runs and some line drive home runs (in other ballparks) into doubles or even into singles.

Premodern American compassion was like Fenway Park because churches and synagogues were close to the action -- and had been for two centuries. Some were narrow, but they offered challenging, personal, and spiritual help to immigrants like my grandparents. Premodern ballparks often were idiosyncratic, with weird angles and not much foul territory, but they displayed human-scale liveliness.

In the 1960s urban planners and ambitious owners demolished most of the old ballparks and substituted Great Multi-Purpose Stadiums that went along with Lyndon Johnson’s Great Society. The modern venues had uniform foul lines and wider seats and concourses, but often seemed cold and antiseptic. Round for football rather than configured for baseball, they had lots of foul territory: Many foul balls that used to reach the seats and give hitters another chance became boring outs.

The federal welfare system was similarly symmetrical. Rules and regulations replaced personal help. The system offered uniformity: If you have income x and number of children y you can count on getting welfare check z, regardless of values or willingness to work. The system had tens of millions of seats.

Happily, only the Oakland Coliseum remains from the 1960s building boom. Starting in the 1990s, cities across America replaced Great Stadiums with postmodern ballparks: First came Camden Yards in Baltimore, and then beauties like PNC Park in Pittsburgh, AT&T Park in San Francisco, and Safeco Field in Seattle. Postmodern ballparks are asymmetrical like the classical parks, with walls of different heights and foul lines of different lengths. They hug the old but enjoy the new, with wider seats and concourses.

Republican speechifiers orating about the welfare reform bill that became law in 1996 said they had torn down the all-purpose welfare stadium. Not so: We have about 80 different federal welfare programs, and Aid to Families with Dependent Children (now called Temporary Assistance for Needy Families) was only one of them: Essentially, we merely removed the stands behind the foul pole in left field.

So here’s the problem: Where are the PNC Parks and Safeco Fields of the welfare system? They don’t exist. We know every person has a unique set of circumstances, needs, and values. We also know cities differ, but we prefer uniformity (equated with fairness). For decades experts and would-be experts have proposed changes, but politicians and pundits typically strangle proposals at birth, saying they won’t work because our society has hugely changed over the past century.

Some say we can’t learn from the old ballparks or the old charity systems -- but it’s still 90 feet to first base. Probably about the same percentage of Americans become addicted to alcohol and drugs as in 1912. Many who are affluent have to travel farther to help those in the poorer part of town, but it doesn’t take more time to get there. Manufacturing jobs have given way to service ones, but in most parts of the country jobs are still available for anyone who wants to work -- and working conditions are better. Racism was a problem then and remains a problem now.

The biggest changes in the past century involve beliefs, values, family formation or non-formation, and education. Marriage rates are down. More kids grow up without the sense of right and wrong once gained from either earthly fathers or our Father in heaven. Schools pretend that almost everyone should go to college, so millions graduate or drop out without work skills.

Let’s find a way to unite old virtues with new opportunities. Otherwise, we’re stuck with the Oakland Coliseum, which now has two enormous scoreboards so fans who get bored between innings can watch dot races. Bread and circuses, as in Rome’s Coliseum.