Marvin Olasky
|
Posted: Feb 06, 2018 12:01 AM
Share   Tweet
The opinions expressed by columnists are their own and do not necessarily represent the views of Townhall.com. 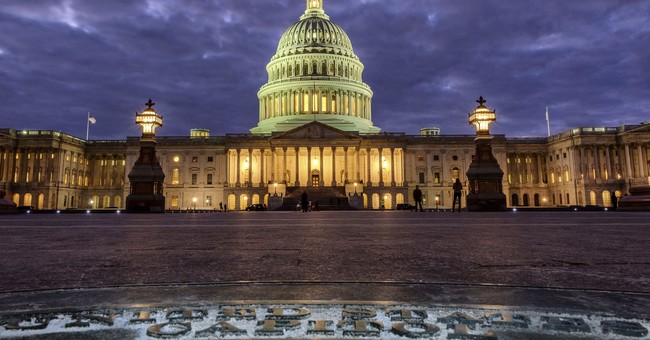 Pelagius (A.D. 360-418) denied Biblical teaching about original sin. He thought people could do good without being born again. Allies and opponents described him as highly educated, fluent in Latin and Greek, and portly. (The theologian Jerome, an ascetic, described Pelagius as “stuffed with Irish porridge.”)

In Christian history he’s best-known for his takedown by Jerome and by Augustine, who followed the Bible in arguing that we are helpless sinners from birth and desperately in need of Christ’s grace. Church assemblies -- the 15th Council of Carthage in 411, the First Council of Ephesus in 431, etc. -- condemned Pelagianism, but century after century it keeps popping up.

I won’t go deeper into the theology here, because my goal is to follow the contemporary thread that I’d call Political Pelagianism. Some Democrats love to claim the poor are virtually sinless. Some Republicans say the same things about the rich.

This political theology emerges in legislation. For example, the “Housing First” doctrine that became dogma during Barack Obama’s White House years states that homeless individuals should be given homes, “regardless of their sobriety, any past or current use of substances, any completion of rehabilitation or treatment, or participation in any other supportive services.” Applicants with poor credit or criminal histories are “seldom rejected.”

The Political Pelagian assumption is that homeless individuals are naturally good, and if they have their own home, they will refrain from drug and alcohol abuse. Pelagian faith makes sense at suite level if we assume people are naturally good, but WORLD reporters at street level saw Housing First often doing harm: Addicts and alcoholics had more resources to fund their self-destructive habits.

Democrats who want more money going to welfare recipients, regardless of whether they work or take care of children, are also Political Pelagians. They assume society is to blame if people aren’t working. They are partly right, in that urban schools are often terrible and many in rural areas aren’t better, but they romanticize our natures, as did Jean Jacques Rousseau when he wrote about “noble savages.” The Bible, though, shows that we are all naturally savage and selfish, not noble.

Many Republicans are also Political Pelagians, but since their prime backers come from the other end of the economic spectrum, they tend to glamorize the Noble CEO. GOP leaders last year proselytized for corporate tax cuts rather than individual ones on the grounds that executives would use those corporate windfalls to create more jobs and boom the economy to 4 percent growth next year, or more.

That’s a Pelagian assumption. Augustinians expect executives and shareholders to maximize their own income, with only a small amount trickling down, and the national debt soaring. Many economists project 2 percent growth over the next two years, and Goldman Sachs says the effect of the GOP initiative in 2020 “looks minimal and could actually be slightly negative.” Some Republicans who supported their party’s bill, like Sen. Marco Rubio, are having second thoughts. He said we’ll “see a lot of these multinationals buy back shares to drive up the price. ... That isn’t going to create dramatic economic growth.”

If Republicans really wanted to push job creation and were Augustinian (understanding human selfishness) rather than Pelagian, they would have emphasized job creation tax credits and fixed glitches in the earned income tax credit. Payroll taxes are the major tax expense for many people earning less than $50,000 per year: No reform there.

Pelagian tax changers in essence got rid of charitable deductions for middle-class donors, arguing that if the economy does well people will naturally contribute more money to poverty-fighting programs and other worthy charities. Maybe, but that’s not what the historical record reveals: The natural tendency of most people, rich or poor, is to spend more money on themselves.

For several years I wrote speeches for DuPont’s top executives. For several years I interviewed homeless individuals and others among the very poor. Both experiences helped me to grasp the Biblical doctrine that is most empirically verifiable: original sin. Both Democrats and Republicans politically deny that doctrine, in different ways. We need more political Augustinians.