Marvin Olasky
|
Posted: Oct 31, 2017 12:01 AM
Share   Tweet
The opinions expressed by columnists are their own and do not necessarily represent the views of Townhall.com. 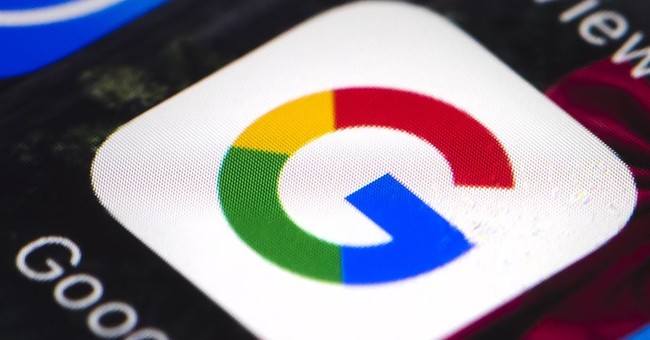 If your children want to scare someone on Halloween, have them dress up as a giant Google. You don’t know exactly what that costume should look like? Join the crowd: No one else does really because Google is not just a giant octopus. It’s the ocean we swim in: Google has an 88 percent share of the search-engine market, and most of the nation’s school kids are coming to rely on Google education apps.

If you and your children want to honor someone on Halloween, which is also the 500th anniversary of the beginning of the Protestant Reformation in 1517, dress them up as Martin Luther or Francis Schaeffer. You can read about Luther. Here’s a morsel on Schaeffer, who from the 1950s into the 1980s put into practice the lesson of Isaiah 1:18, “Come now, let us reason together, says the Lord.”

Schaeffer reasoned with the young people who came to his haven in Switzerland. He put his basic teaching into three books, "The God Who Is There," "Escape from Reason," and "He Is There and He Is Not Silent" -- still worth reading. (All three are available in one Crossway volume, "Trilogy.") He wrote, “If you follow true rationality and true morality so that you are truly human, you will turn back to God. ... Isaiah and Paul tell us that a rational pursuit of truth will lead us to God.”

Most of Schaeffer’s teaching and writing was theological, but he emphasized that neglecting politics and law is “absolutely utopian in a fallen world.” Personal computers didn’t become common until the 1980s, but Schaeffer concluded his excellent survey of Western civilization, “How Should We Then Live?” (1979), with a look at how “the high-speed computer literally leaves no place to hide and little room for any privacy.”

This great Christian thinker died in 1984, the year made famous in the title of George Orwell’s book about totalitarian countries stomping out individuality, but Schaeffer presciently said the biggest problem is not “the use to which present totalitarian regimes will put the computer. The question is what will all these available manipulating techniques mean in our own countries?” And that brings us to Google.

Schaeffer noted that Luther through his Bible translation and teaching “opened the way for all the people to come directly to God.” In our secular culture, that’s what we thought Google and some other titans (Facebook, Amazon, Apple, PayPal) would do. People could enjoy a broad means of exchanging information, ideas, and money via neutral channels, with friends rather than New York Times editors curating our news feed.

We’re learning this year that those neutral channels aren’t so neutral. Google has forced critics to shut up, booted out right-wingers, fired an engineer who criticized “diversity” propaganda and done other things we can see. But the real danger may be in what we can’t see. Former Google “design ethicist,” Tristan Harris said, “If you control the menu, you control the choices." And every time we do a Google search, a Google algorithm is controlling what’s on the first page that comes up and what’s on the 20th, which is online Siberia.

Google, far from being neutral, has bragged that it helped reelect Barack Obama in 2012: “Google Analytics provided the campaign a window into voters’ questions and concerns, and allowed them to deliver answers directly from the campaign through search ads. ... The results from Election Day speak for themselves: a resounding victory, with nearly every battleground state falling into the President’s column.”

Google scratched Obama’s back and he scratched its. Journalist Franklin Foer notes: “Google executives set foot in the Obama White House more often than those of any other corporation -- its head lobbyist visited 128 times. ... Google managed to overcome the recommendation of staffers on the Federal Trade Commission who found Google’s monopolistic machinations worthy of a lawsuit.”

Much more than politicking and dominance by technocratic autocrats is going on here. Schaeffer’s “A Christian Manifesto” (1981) described how a man-centered view that material is all there is, and that we’re here by chance, leads to “an intolerance that gives less and less freedom in courts and schools for the view which originally gave the freedoms.” The more we let Google and its kin pick informational winners and losers, the less freedom Christians and other dissidents will have.

Time for a new Reformation.