Marvin Olasky
|
Posted: Apr 07, 2019 12:00 AM
Share   Tweet
The opinions expressed by columnists are their own and do not necessarily represent the views of Townhall.com. 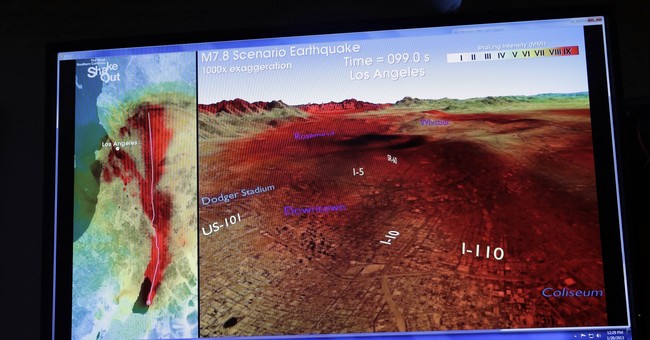 The observable universe contains more than 100 billion galaxies. Our galaxy alone, popularly known as the Milky Way, has more than 100 billion stars. Does that make you yearn for those days of yesteryear when many followed the thought of Aristotle and Ptolemy: Five planets plus the sun and the moon circling Earth? Was it easier to evangelize before people thought of Earth as a little sphere circling a fifth-rate star on a minor galaxy’s periphery -- so why should God care about us?

A century ago scientists of course knew the Earth moved, but many still thought we were near the center of things. British naturalist/biologist Alfred Russel Wallace, who co- developed (with Charles Darwin) the theory of evolution through natural selection, wrote this in “Man’s Place in the Universe” (1903): “An overwhelming consensus among the astronomers establishes the fact of our nearly central position in the stellar universe. They all agree that the Milky Way is nearly circular in form. They all agree that our sun is situated almost exactly in its medial plane.”

But astronomers did not agree with that for long. As telescope improvements allowed them to see further out, they saw the vastness of space. They asked a truncated version of Psalm 8’s question -- “When I look at your heavens?.?what is man that you are mindful of him?” Many answered: There’s no God and He’s not mindful. Humans are merely the result of chance plus eons of time, and thus of no importance.

Now, though, I can tell you about a great reversal: A trendy theory among scientists means those billions and billions of galaxies should make belief in a godlike creator-of-sorts more likely, not less. The theory, taken very seriously by establishment evolutionists like Neil deGrasse Tyson, is that we are living in a simulation probably
designed by aliens of a far-advanced civilization. As “Scientific American” reports, Tyson puts the odds at 50-50 that “our entire existence is a program on someone else’s hard drive.” Reasons why this could be so: “The more we learn about the universe, the more it appears to be based on mathematical laws.”

Of course, Isaac Newton and others saw such laws as proofs of the existence of God, but we are too sophisticated to believe in Him, aren’t we? Maybe not, as long as this “god” appears to be merely human. “Scientific American” quotes NYU philosophy professor David Chalmers: “We in this universe can create simulated worlds and there’s nothing remotely spooky about that. Our creator isn’t especially spooky, it’s just some teenage hacker in the next universe up.”

Tyson adds, “We don’t think of ourselves as deities when we program Mario, even though we have power over how high Mario jumps. There’s no reason to think they’re all-powerful just because they control everything we do.” Oxford University philosophy professor Nick Bostrom speculates that our descendants with super-powerful computers may have simulated us, and estimates how much computing power that would take: “Simulating the entire universe down to the quantum universe is obviously infeasible, unless radically new physics is discovered.”

Bostrom adds, “In order to get a realistic simulation of human experience, much less [computer power] is needed -- only whatever is required to ensure that the simulated humans, interacting in normal human ways with their simulated environment, don’t notice any irregularities.” For example, “The microscopic structure of the inside of the earth can be safely omitted. Distant astronomical objects can have highly compressed representations.”

What should Christians do with such speculation? We can chastise it as one more nutty, atheistic attempt to find a way of explaining creation apart from the Creator -- or we can see that such speculation, if true, just produces one more proof of God’s existence. Say a super-advanced hacker in his garage wants to simulate a universe so he can have some bedtime entertainment each evening: Wouldn’t he go for something relatively easy to create, like a small, Earth-centered universe? A new come-on for the video game “The Sims FreePlay” offers “the ability to build A-frame roofing,” not “the ability to create billions of galaxies.”

A super-advanced hacker could conceivably create a solar system. It takes omniscience and omnipotence to create a universe almost unimaginably huge, with billions and billions of stars. Praise God from Whom all blessings flow.