Prohibition Days: What Worked, What Did Not

Marvin Olasky
|
Posted: Oct 15, 2018 10:21 AM
Share   Tweet
The opinions expressed by columnists are their own and do not necessarily represent the views of Townhall.com. 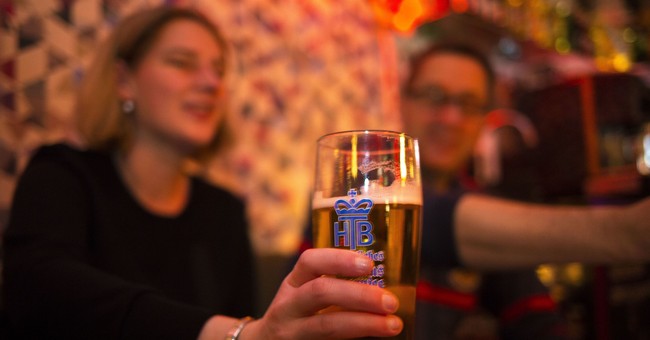 Author's note: This is part two of a three-part series.

My last column, which explained how alcohol prohibition made it into the Constitution 100 years ago, included this sentence: “Beer’s connection to German brewers -- the United Brewery Workers’ constitution required that it’s president speak German -- hurt it’s wartime standing.”

Many of you probably noticed the twice-evident grammar error: should be “its,” not “it’s.” Many of you wrote in, some mournfully and some perhaps joyfully: ‘The editor committed a fundamental grammar sin.’ Except I didn’t: The file I sent had “its” correctly. We checked our production records. The culprit confessed and apologized. That same person has saved me from other errors over the years.

Prohibition saved many Americans from more serious errors. In 2006 Jack Blocker wrote in the “American Journal of Public Health” that arrests for drunkenness, hospital admissions for alcoholic psychosis, and death rates from cirrhosis and alcoholism all dropped. Arrests for disorderly conduct, delinquency, assaults, wife-beating, and even prostitution apparently declined as well.

Interpretations of the data vary. Temperance movements had brought about less drinking even before the law changed. As historian James Timberlake relates in “Prohibition and the Progressive Movement,” the entire bill for a month of lunches and dinners at New York City’s Advertising Club in 1916 came to only $30, which means that only 1 diner in 40 had taken a drink with his meal. That year the senior class of Columbia College concluded its graduation exercises with the “Columbia Drinking Song” -- and then drank tea.

The voluntary movement toward temperance ended when Prohibition changed the absence of liquor from a progressive reform to, in the eyes of many culture-shapers and young people, the emblem of a suffocating status quo. As a New York Times reviewer summarized movies showing Jazz Age society, “No such picture would be considered properly finished without a number of scenes depicting the shaking up and drinking down of cocktails.” One content analysis of 115 films produced in 1930 found drinking, often by heroes, depicted in two-thirds of them.

Some journalists saw Prohibition as class warfare: It eliminated workers’ jobs at breweries and discriminated against those who could not afford higher prices. Many Americans favored a measure that would ban hard liquor while allowing beer and wine, but Prohibitionists had pushed for all or nothing: For a time they had all.

That seemed like a winning position when the 1928 election pitted “dry” Herbert Hoover against “wet” Al Smith. In what some called a referendum on Prohibition, Hoover won big. Economics was key. Methodist bishop Thomas Nicholson, who moonlighted as president of the Anti-Saloon League, said bank deposits were growing, more Americans were buying life insurance, and valuations of church property have increased by the millions.”

During the Depression, the biggest factor in changing public opinion was economic. “The Christian Herald” in 1928 had called Prohibition “the essential element in our present prosperity. If we modify prohibition, we modify that prosperity.” Starting in 1930, though, leading newspapers suggested that modifying Prohibition would modify poverty. Reopening breweries and bars would create jobs and pump up government revenue. Liberals said government could then distribute cash to suffering families. Conservatives said taxes could be reduced.

Advocates had equated Prohibition with virtue. The most effective seller of Prohibition through much of the 1920s was Methodist Bishop James Cannon, Jr.: H. L. Mencken opined, “Congress was his troop of Boy Scouts and Presidents trembled whenever his name was mentioned.” But financial accusations brought Cannon before a grand jury, and in July 1930 newspaper headlines screamed about his adultery with his secretary. Critics of Prohibition had long argued that many church-based Prohibitionists were law-breakers themselves: Now they had a poster boy.

Prohibition forces in 1928 could have preserved much of what they had won by modifying the law to allow beer and light wine. Many equated compromise with treason. By 1930 only 30 percent of 4.8 million respondents in a “Literary Digest”poll favored maintaining prohibition as is, but 59 percent still supported it as long as beer and light wine could return. In 1931, even a majority of members of a commission Hoover appointed favored allowing beer and light wine, but he refused to budge.