Carl Jackson was born and raised in Los Angeles, California by his mother and father until the age of 11 when his mother died unexpectedly of a chronic illness. Carl attempted to find his way as the youngest of six who were lost without the strength of their matriarch. He moved back and forth between L.A and Orlando, FL trying to find his way in life. With the help of family and friends he was introduced to hard work, faith and family values. However, as a struggling teen he wandered down the path of least resistance, finding himself jailed twice and with a child he had to fight to raise.

By the grace of God and insistence by his brother and friend, he attended an Evangelical church and found that there was a better way. Once he accepted Jesus Christ as his savior he began to develop a greater desire to understand who God is and why it mattered. He began to see that the cultural dependence on government promoted by the Democrat leaders among his community rejected dependence upon God. As he studied America's history he discovered that despite America’s flaws, particularly slavery, God used our Founding Fathers to create our Constitution within the context of the Bible and world history. It’s divine and exceptional nature is undeniable.

It was during his newfound love for American history that he discovered the Democrat party perpetuated slavery, formed the KKK, and fought against the civil rights of minorities. With this hidden history Carl was launched on a journey to help people of all races and backgrounds discover facts of America's true past, as well as realize the benefits of utilizing their God-given gifts and talents which far outweigh any benefit from a government subsidy or program. 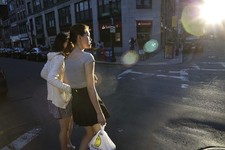 Who Asian-Americans Should Really Fear
By Carl Jackson
So-called “white nationalists” are not attacking Asian- Americans. If we’re being honest, the only ethnic group Asian-Americans should fear being ...
March 24, 2021 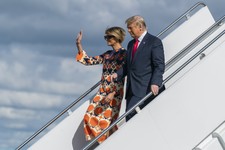 A Final Thank You to the Trumps
By Carl Jackson
Don’t let the Democrats or the Republicans in Washington, D.C. fool you. They don’t hate former President Donald Trump, they ...
January 25, 2021 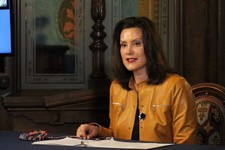 I Was at the Valdosta Rally. Here’s What I Experienced.
By Carl Jackson
I wish every American could attend a Trump rally. I attended a couple of them in Central Florida as a ...
December 08, 2020 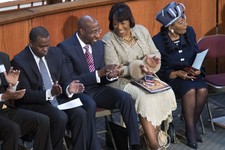 Why Raphael Warnock Shouldn't Be a Pastor or a Senator
By Carl Jackson
Democratic Georgia senatorial candidate, Raphael Warnock, appears to be a racist, a radical and an anti-Semite. He shouldn’t be a ...
November 30, 2020 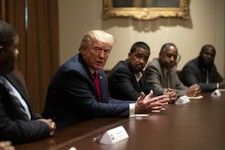 If You Don’t Vote For Trump, You Ain’t Pro-Black
By Carl Jackson
It’s been over week since the white overseers at CNN initially canceled an appearance on Chris Cuomo’s show with rapper ...
October 28, 2020 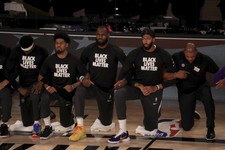 How Many Young Black Men Has Lebron James Sentenced to Death?
By Carl Jackson
Over 20 years ago I was a criminal. I used to listen to NWA’s rap song “F**k The Police.” But ...
October 12, 2020 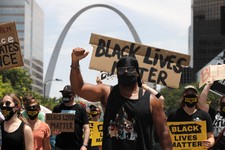 6 Reasons Black Christians Must Denounce BLM
By Carl Jackson
In a few short years Black Lives Matter (BLM) has influenced blacks more than black Christians have. This explains the ...
July 26, 2020 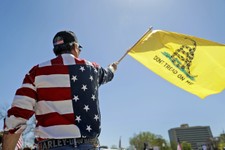 Even If There Is a Second Wave of COVID-19, There Should Be No More Lockdowns
By Carl Jackson
Covid-19 is here to stay. Like the seasonal flu, the best Americans can hope for is an annual vaccine. Either ...
May 20, 2020 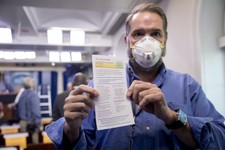 10 Questions Every Freedom-loving American Must Ask Post COVID-19
By Carl Jackson
To be clear, the Wuhan Coronavirus remains a public health threat in America. Americans should continue to follow the CDC ...
April 14, 2020 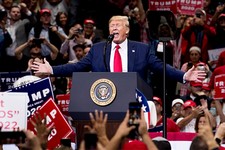 Note to Low Information Voters: Trump Isn’t a Dictator. Here Are 4 Reasons Why.
By Carl Jackson
During the holiday season conservatives are going to spend lots of time across the dinner table from a family member ...
December 02, 2019 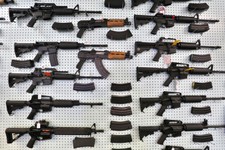 3 Reasons Black People Should Never Support Gun Control
By Carl Jackson
Given America’s history with slavery, black people should be the biggest advocates for the Second Amendment. Guns equal freedom!Despite the ...
October 14, 2019 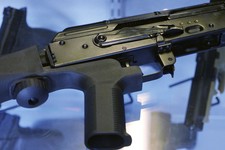 6 Serious Solutions To Reduce Mass Shootings and Protect Liberty
By Carl Jackson
The Second Amendment is non-negotiable. It’s the glue that holds the Bill of Rights together. Benjamin Franklin once stated, “They ...
August 16, 2019 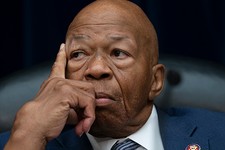 Trump Loves Elijah Cummings District More Than He Does
By Carl Jackson
If Rep. Elijah Cummings (D-MD) were on trial for caring about the people of his district, there wouldn’t be enough ...
August 01, 2019 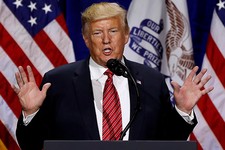 Trump Can Make California Great Again
By Carl Jackson
Californians, what do you have to lose by voting for Trump?! It’s time for Democrats to defend the consequences of ...
June 16, 2019
Commentary Archives
CARTOONS | Gary Varvel
View Cartoon