How "White Guilt" Ultimately Gave us Hillary and Trump

Carl Jackson
|
Posted: Sep 01, 2016 12:01 AM
Share   Tweet
The opinions expressed by columnists are their own and do not necessarily represent the views of Townhall.com. 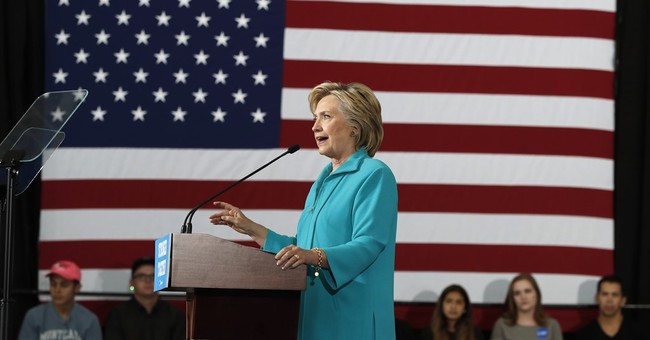 Now that we know “anti-establishment” Republicans aren’t necessarily pro-Constitutionalists, the question many are still asking is “how did we get here?" The answer can be summed up in two words: “white guilt.”

So what is “white guilt?” It’s a false sense of shame imposed upon white Americans by left-wing radicals like president Barack Obama and the late Saul Alinsky as a way of advancing their goal of wealth redistribution through social justice. Essentially, it highlights America’s “original sin” of slavery and racism as a tool to shame whites into an anti-American mindset.

For the first time in American history, whites are the most disaffected voters in the country. Therefore, if you were counting on Republicans to restore us to Constitutional principles this election cycle, don’t. Ted Cruz, Rand Paul, and to a slightly lesser degree Marco Rubio were rejected because constitutionalism could no longer carry the day amongst Republican constituents. The Republican primary quickly became non-ideological. Whereas, with the help of Bernie Sanders, the Democratic primary was ideological. Bucking the “establishment” and their “rigged” system allowed both Sanders and Trump to tap into the anger and grievances of their bases.

Sanders, a hippie socialist and ultimate “establishment insider,” ran openly as a socialist while posing as an “outsider.” Trump, being the non-ideological businessman and fighter that he is, ran on the platform as one “who could break up the gridlock in Washington to get stuff done.” Sadly, if whites continue to abandon the Constitution for populism, America as we know it, is finished! Lord knows we can’t count on Black Lives Matter (BLM) or La Raza to save America.

The reasons the Sanders and Trump campaigns benefitted from “white guilt” during the primaries were very different.

In Trump’s case, many of his primary supporters were understandably fed up with the GOP establishment and their empty promises after their 2010 and 2014 landslide midterm elections. Additionally, boiling underneath the surface, white Republicans were growing increasingly frustrated with being labeled racists and bullied into submission by democrats on policy issues such as Obamacare. Not to mention, the feeling of helplessness they felt as they sat on the sideline watching Michael Brown and Trayvon Martin memorialized as black heroes while cops were being assassinated and communities destroyed. Trump wisely capitalized on this sentiment. In their minds, Trump’s arrival on the political scene finally meant someone had their backs and was listening to them. Republicans, reluctant to call out President Obama for his racial divisiveness for fear of being branded racists themselves, set the stage for an “outsider.”

In contrast, Sanders supporters, many indoctrinated by radical left-wing college professors that I imagine look and sound a lot like Bernie himself, succumbed to the “white privilege” narrative from leftists. Conversely, as Trump supporters rebelled against “white guilt,” Sanders followers embraced their “white privilege” as a type of repentance for their aversion to America’s inherent racism. Voting for candidates that promulgate economic fairness was the next logical step in their journey to redemption. Don’t get me wrong, free crap has its appeal to the Bernie crowd, but this year purging themselves of their “white privilege” took precedence.

Since Sanders’ loss in the primary it has yet to be seen whether or not Hillary can translate his support into votes for herself in November. Her shift to the far left illustrates her desire to capitalize on his socialist utopia momentum.

Here’s why her shift further left is crucial: According to an article written a couple of weeks ago in The Atlantic.com, the Millennial generation (born between 1981-2000) now account for 53 million registered voters. That’s up 20 million just since 2012. Baby Boomers are 30.7 percent of the voting electorate, and Millennials now represent 30.5 percent of the voting electorate.

According to several polls conducted in April of this year, 91 percent of Trump supporters were white, older, less educated with slightly lower incomes than his opponents. Just a few weeks ago FiveThirtyEight.com reported that Trump was polling 30 percent behind Hillary amongst white college educated women. Hence, the addition of Kellyanne Conway to his campaign to bridge the gap.

Also worth note, Sanders defeated Hillary in caucus states where college educated younger white males overwhelmingly turned out for him. However, in closed primary states with more racial diversity and heavy non-white voters, Bernie proved to be no match against the Clinton machine.

We’ve seen crazy things this election cycle! Amongst them, the party of rugged individualists cheering for their big government “Great White Hope” in Trump, despite little ramblings of constitutional principles, occasional left-wing Freudian slips and flip-flops on policy. They’re hoping he can turn their grievances into victory in November. Secondly, an old Jewish socialist captured the imagination of America’s youngest voters. Thirdly, in the midst of what seemed to be insurmountable scandal, Hillary managed to open up her lead in the polls against Trump after the Democratic National Convention. Although polls have tightened recently, Hillary still holds a commanding lead.

Perhaps, the craziest thing of all this year is in order for Hillary or Trump to become the next president, ironically, identity politics with Latino’s and blacks may have to take a back seat to white Americans. Shhh! Don’t tell Colin Kaepernick or Black Lives Matter.