Carl Jackson
|
Posted: Jul 02, 2018 10:11 AM
Share   Tweet
The opinions expressed by columnists are their own and do not necessarily represent the views of Townhall.com. 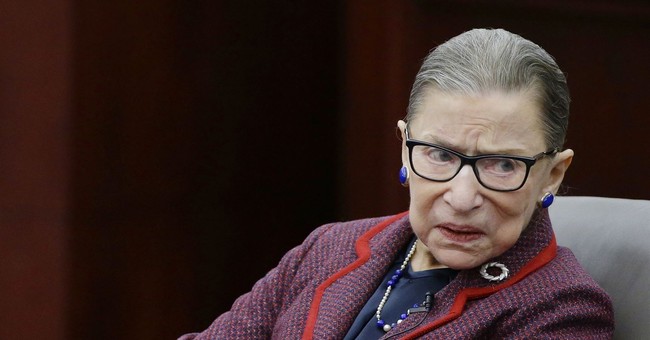 I’ve got great news for pro-choice feminists like Whoopi Goldberg. Supreme Court justices don’t perform enemas or abortions, they simply interpret law. Sadly, when you rely on your values, morals, and worth to be affirmed by feelings, like-minded peers, and government regulation rather than by God and objective truth, it’s no wonder the left goes crazy when they can’t appoint a ruler to validate their worldview.

There are three questions to address leading up to President Trump’s replacement of outgoing Justice Anthony Kennedy:

The hysterics we witnessed last week from the left in response to Kennedy’s retirement announcement is due to their fundamental misunderstanding of the role Supreme Court justices play in the U.S. Democrats wrongly believe that SCOTUS justices are placed on the bench to write or rewrite law as they see fit - a practice known as “judicial activism.” However, judges that subscribe to this philosophy do no favors to the cause of freedom in America. They circumvent the will of the people by cancelling out the votes of our elected representatives in Congress. Rather than a government of, for, and by the people, judicial activists give us a government of, for, and by the elites. This ultimately tears the nation apart rather than brings us together.

Constitutional conservatives on the other hand rightly believe that Supreme Court justices are appointed to the bench to interpret and apply the laws of the land fairly as originally intended by our forefathers. That way no one person or group gets special treatment under the law. According to Article 3 Section 2 of the Constitution, the Supreme Court also has “appellate jurisdiction as to law and fact” when the lower courts get a case wrong. The exception being “under such regulations as the Congress shall make.” In other words, it isn’t the role of Supreme Court justices to write law; that’s the role of our legislators in Congress.

Secondly, if anyone is to blame for President Obama’s so-called “stolen pick” after the death of Justice Antonin Scalia, it’s Ruth Bader Ginsburg. She could’ve retired during Obama’s presidency. That would’ve given him the chance to pick a justice that shared his judicial philosophy for at least a generation. Instead, Obama was left to political gamesmanship by nominating a judge in Merrick Garland, during a presidential election cycle mind you, that never stood a chance of being appointed given the fact that Republicans were the ruling party in the Senate, which, of course, has the power to advise and consent when it comes to SCOTUS appointments. Don’t be fooled, Obama didn’t want a wishy-washy moderate like Merrick Garland appointed to the highest court in the land any more than conservatives did. What he wanted was another political issue that he hoped would motivate voters to get out and vote for Hillary Clinton. It didn’t work.

Additionally, it should come as no surprise to anyone that the GOP, which will likely increase their numbers in the Senate after the midterms, want to replace Justice Kennedy with an originalist judge. It’s the next pick I’d be concerned about were I on the left.

Lastly, to bring this column full circle, the left’s obsession over Kennedy’s retirement can largely be attributed to the civics education (or lack thereof) our high school and college kids are receiving. It’s becoming increasingly difficult to find college kids that know we have three branches of government, let alone recognize their separate but equal functions. When you’re taught by professors you admire that government is the solution to America’s problems rather than the individual, it’s no wonder Democrats throw a hissy-fit when they lose at the ballot box or don’t get their SCOTUS pick.

We can’t allow Democrats to reshape the Constitution through judicial fiat. We do so at our own peril. It’s impossible to remain a free society when citizens don’t understand how their own government works. That leaves conservatives no other option than to defeat leftists at the ballot box. We’re either going to be a nation that understands our government derives its power by the consent of the governed, as outlined by the Declaration of Independence. Or, we’ll become a nation where our rights are determined by those in government. It really is that simple.