Carl Jackson
|
Posted: Mar 14, 2016 10:58 AM
Share   Tweet
The opinions expressed by columnists are their own and do not necessarily represent the views of Townhall.com. 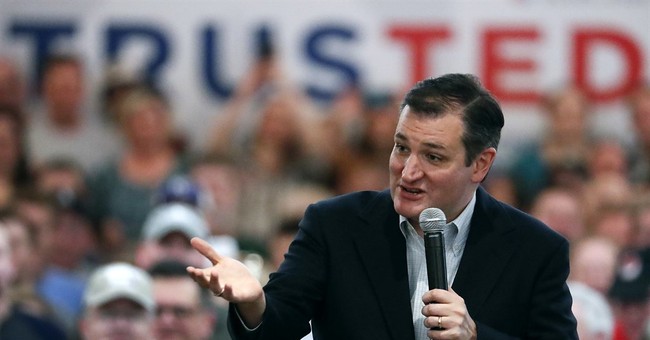 The so-called "establishment" fear both Ted Cruz and Donald Trump. The reasons they fear them however, couldn't be more stark. They fear Trump because he threatens their brand; Ted Cruz on the other hand, threatens their crony socialism and the current system as it's evolved - big government, big deals, no principles.

Trump isn't an ideologue; he's liberal on many issues and conservative on others. Further blurring the lines between Democrats and Republicans could prove to be disastrous for the GOP if they're planning to maintain the Senate in the short term and salvage the party in the long term. Ronald Reagan understood this principle. Conservatives are to be bold in color, no pastels! It's what the Tea Party movement has demanded in no uncertain terms. In my opinion, it's also what's made the movement vulnerable to anyone who could tap into the anger and frustration.

Consider the warp speed the word "conservative" swept through the halls of Congress after President Obama was elected. Everyone and their mama began calling themselves one. The 2010 and 2014 midterm elections were landslide victories for Republicans and the conservative movement. But many are displeased with the lack of fight we've seen in Washington over the past ten years. Once you see the system isn't working for you time and again, it's only natural to want to buck the system. This explains the rise of the "outsider." The problem is, in order to avoid being duped again, we must hold fast to the Constitution and hold every candidate equally accountable for things they've said and done. Which brings me to Sen. Ted Cruz.

"Outsider" is the wrong moniker for Ted Cruz. Although, he is an outsider when it comes to the D.C. political class, that term is more befitting of former presidential candidates Carly Fiorina, and Ben Carson. If we're to be honest, Donald Trump has been more of a lobbyist than an outsider for decades - brokering sweetheart deals with progressive politicians. Were it not for Ted Cruz infiltrating the halls of Congress like a spy determined to expose the dirty secrets of our congressmen turned adversaries from within, there'd be no "outsiders."

So why doesn't he get the due he deserves from the voters? Is it his lack of charisma? Is he too conservative? Too smart? Not foulmouthed enough? Unelectable like the media and the GOP establishment would have us believe? His stance on amnesty is tougher than Trump's, when you consider he opposes Trump's "touch-back" amnesty policy- a policy that would allow illegal immigrants who broke our laws to apply for re-entry. Ted Cruz's flaw in the eyes of many voters is that he's a politician now. But, I beg to differ. He's an infiltrator. He was a “spy” sent to Washington by "We The People" to give us a full report. Did he ever fail in his mission? No.

Do you remember Ted Cruz's Iowa victory? It seems so long ago. He was the only candidate to campaign against their ethanol subsidies - crony socialism, and he won! Additionally, you may or may not know that Sen. Cruz was the first Latino ever to win an American presidential caucus or primary.

At the time, I wrote about the colossal mistake the GOP establishment made by not shouting that from the rooftops. They weren't happy that the "outsiders" were taking over the party. Unfortunately, not only did the establishment fail to recognize the historic impact of Cruz's victory, they failed to recognize the mood of their own constituency. To their detriment, the establishment failed to get behind Sen. Cruz, as the one candidate that could conserve their brand and reenergize the conservative movement within the party. Let's not make the same mistake as voters. Are we going to fall for the marketing, media blitz, and messaging of the Trump campaign, or do we want the tried and true conservative that has been battle tested?

There's something to be said about a politician that has gone into the belly of the beast and stood his ground. Think about it. What's your biggest temptation? Money? Sex? Power? Accolades? Food? Stuff? For Ted Cruz to have deprived himself of the power, relationships, glitz and glamour that Washington offers is the equivalent of 400 pound man walking into a bakery, bypassing the cupcakes, and asking if they sell salads - it doesn't happen!

You can cast a vote on Super Tuesday for Marco Rubio or John Kasich, who have no mathematical path to the nomination at this point. Frankly, they're serving as nothing more than spoilers for Cruz. You can fall pray to the media hype of "the Duper." Or, you can vote to set America back on a constitutional course by voting for Ted Cruz. I choose the latter and I hope you will too.