Paul Jacob is president of Citizens in Charge, a non-profit, non-partisan group working to protect and expand voter initiative rights, and the Citizens in Charge Foundation, a charitable foundation conducting research on the initiative process, educating the public and litigating to defend the petition rights of Americans.

“The best way to assure freedom of expression, no matter where it may be threatened,” Pulitzer-prize winning columnist, Paul Greenberg, wrote recently, “would be to have an army of utterly determined Paul Jacobs fighting for it.”

For more than a decade, Paul was the term limits movement’s leading voice, running U.S. Term Limits, the nation’s largest such group. For his work to bring term limits to Congress, columnist Robert Novak good-naturedly called Jacob “the most hated man in Washington.”

Campaigning for term limits, as well as for spending caps, property rights measures and candidate ballot access, Paul has been involved in over 175 statewide petition drives.

Currently, Paul Jacob hosts Common Sense, an online, radio, and print opinion program, which reaches tens of thousands of e-mail subscribers and is aired daily by more than 125 radio stations nationwide. Paul writes a weekly column for Townhall.com that appears each Sunday.

His writing has also been featured in USA Today, The Washington Times, The New York Daily News, Roll Call, Human Events, The Chicago Tribune, The Washington Examiner and other publications. He has appeared on numerous television programs and is a consistent guest on talk radio.

Paul has been named “a rising star in politics” by Campaigns & Elections magazine, received the Society for Individual Liberty’s “Phoenix Award” for “contributions to the advancement of liberty in America,” and was dubbed one of “The Best and the Rightest” by National Journal.

Paul lives with his wife Rhonda and their three children in Woodbridge, Virginia. 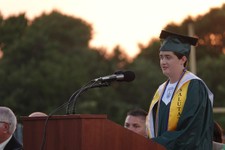 The College Board's New 'Adversity Score' Is A Joke
By Paul Jacob
Education is important. I want my young adult offspring to get into a great college or university.Sadly, my bribery fund ...
May 19, 2019 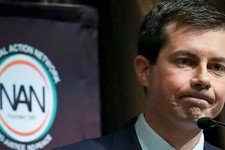 Buttigieg's Desire For A Forced Servitude Is Unacceptable
By Paul Jacob
“National service will hopefully become one of the themes of the 2020 campaign,” declared Pete Buttigieg, mayor of South Bend, ...
April 21, 2019 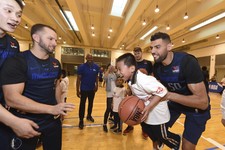 Charity vs. Gum-Flapping
By Paul Jacob
Special Olympics has found a way to get kids and young adults with disabilities to feel something enormously important: Able.Three ...
March 31, 2019 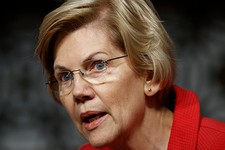 Meet The Democrats Who Want To Pack The Supreme Court
By Paul Jacob
“What if there were five justices selected by Democrats,” presidential candidate Beto O’Rourke explored at a recent Iowa campaign stop, “five ...
March 24, 2019 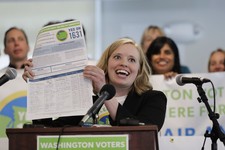 Dear Fellow Peasant
By Paul Jacob
“A public debate on the merits of a measure can reveal its flaws,” the Bismarck Tribune calmly and reasonably editorialized ...
March 17, 2019 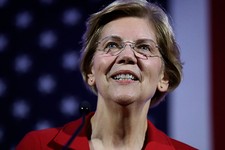 Socialist-ic
By Paul Jacob
Senator Elizabeth Warren knows that when people trade, both sides gain. She made that clear last year, in a fascinating interview ...
March 03, 2019 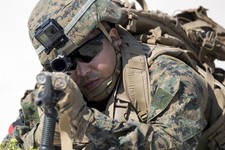 Uncle Sam Wants to Nationalize You!
By Paul Jacob
Before “privatization” became a hot topic in the 1980s, our most important “resource” was, in effect, privatized. Our children.Actually, I mean, ...
February 24, 2019 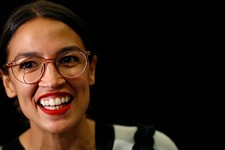 Don’t Interrupt the Democrats
By Paul Jacob
Can we blame U.S. Rep. Alexandria Ocasio-Cortez (D-NY), really? Being ambitious and bold are not usually considered bad things. And her most ...
February 17, 2019 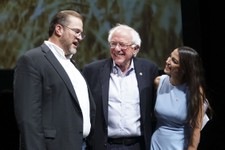 Testing Humanity, And Other Fails
By Paul Jacob
It was a big week for socialism — or, rather, anti-socialism.The high point was President Trump’s State of the Union ...
February 10, 2019 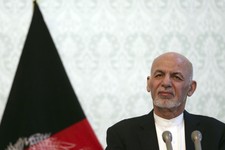 End The Occupation
By Paul Jacob
Former U.S. Ambassador to Afghanistan Ryan Crocker sums up in a single word the recently announced framework of an agreement between ...
February 03, 2019 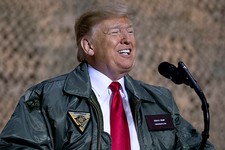 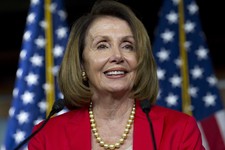 Mrs. Term Limits Stays on Top of the Swamp
By Paul Jacob
Do politicians oppose term limits on principle?For the answer to be yes, we would first have to explain to them ...
December 16, 2018 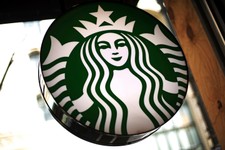 What’s Right About Starbucks?
By Paul Jacob
“I’ve started new companies for less money than a cup of coffee costs you there,” the businessman raged. Someone had ...
December 02, 2018 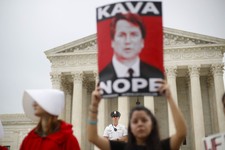 Don’t Ask, We Won’t Fire You
By Paul Jacob
William Rainford was not fired. He resigned.Because of the controversy. For which he heartedly apologized.“After much prayer and discernment,” Rainford wrote ...
November 25, 2018 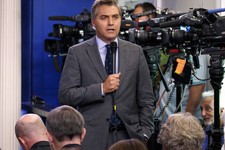