Uncle Sam Wants to Nationalize You!

Paul Jacob
|
Posted: Feb 24, 2019 12:01 AM
Share   Tweet
The opinions expressed by columnists are their own and do not necessarily represent the views of Townhall.com. 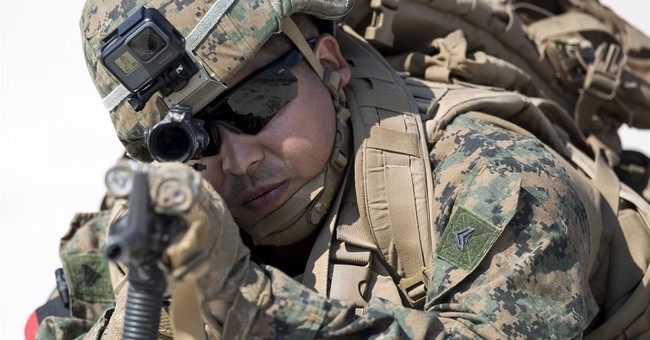 Before “privatization” became a hot topic in the 1980s, our most important “resource” was, in effect, privatized.

Yes, we were privatized. Given back our lives and our sovereignty. The general government ceased subjecting we-the-people of my generation — and generations after — to the nationalization that is conscription. Sure, President Carter brought back registration for the draft and President Reagan flip-flopped on a campaign pledge to end it, so that aspect of the program continues...to this day.

Nonetheless, the draft itself gave way to what most professional soldiers prefer, an all-volunteer, professional armed forces.

Yet now there is a movement to re-nationalize young adults.

Last week, I gave a day of my life and took up a few minutes of the time and attention of the National Commission on Military, National, and Public Service, at its second public hearing at American University, entitled, “Should Service be Mandatory?” This commission has been charged by Congress to look into a perennially bad idea: Drafting the young for exploitation by the state.

Will forced service again become a rite of passage into adulthood — or death? The notion being considered is to slap 12 months of “service to the nation” on our kids right as they get through high school or college.

Why? The Commission’s staff report noted that supporters believe a mandatory national service requirement “increases patriotism and provides the citizenry with a shared experience that strengthens national cohesion.” Some “experts” even argue that we must use compulsory “service” to help foster young people’s appreciation for...freedom.

Does this make any sense?

Not even to the folks at the National Commission on Military, National, and Public Service. Appointed to advise Congress on whether to end draft registration or expand it to women, and whether to force all young people to give up a year of their lives doing military or civilian “national service” for the federal government, the commissioners sure appear to eschew compulsion.

Their emails and their website address expresses “inspire2serve.gov”...not “force2serve.gov.” Because inspiring people is noble, while conscription is despicable and wrong.

Commissioners talk about a “personal commitment,” “a culture of service,” and the “overwhelming desire to serve” they’ve found among young people. Is it all just a rouse in route to a recommendation to Congress that young people should be forced against their will into government service?

And though conscription is anathema to the idea of freedom without regard to reason why, we are not talking about using the draft to repel invading hordes, or for any real emergency, but for basic government make-work and pretend nation-building here at home.

It is an old idea, you will recall.

“Washington is a divided town in a very politically divided nation,” Dan Glickman wrote in The Hill last year. “From the confirmation of Brett Kavanaugh, to the extreme rhetoric on social media, to the bombs mailed to public officials, to the mass shooting in Pittsburgh, to the inability of our elected leaders to reach consensus on nearly all major issues facing the country, it is not easy to see a way out of this mess.”

“Not only does this benefit the individual,” asserts this current Executive Director of the Aspen Institute Congressional Program and former Cabinet Secretary, “but helps our national community move away from division and towards a more cohesive society.”

The thought that this might unite the nation seems more than dubious to me. Well, maybe it would unite the young against the government. But nationalizing people is not why we Americans instituted a government of strictly enumerated powers. Involuntary servitude is both unconstitutional and immoral.

Take a step back. Think about the assumptions here. The exceptionally well-connected Glickman and friends screwed up our world. So they should make young people pay for their mistakes?

It would make more sense to draft 74-year-old Glickman and his cronies, who actually helped cause our national problems, our divisions.

Or even 58-year-old me, who tried but couldn’t stop them.