Don’t Ask, We Won’t Fire You

Paul Jacob
|
Posted: Nov 25, 2018 12:01 AM
Share   Tweet
The opinions expressed by columnists are their own and do not necessarily represent the views of Townhall.com. 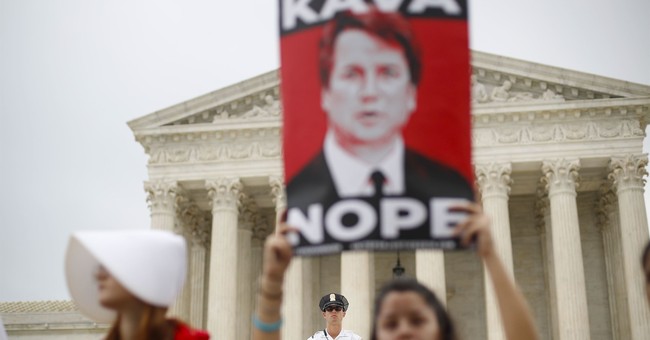 William Rainford was not fired. He resigned.

Because of the controversy. For which he heartedly apologized.

“After much prayer and discernment,” Rainford wrote to Catholic University President John Garvey, “I’m submitting my resignation to you as Dean of the National Catholic School of Social Service, effective immediately. I do so with all good will for the University and School. Given the needs of the faculty and direction of the School, I believe a different academic leader is warranted.”

“Riddle me this,” Rainford’s since-deleted tweet asked. “Why would the accuser of Kavanaugh take a polygraph, paid for by someone else and administered by private investigator in early August, if she wanted to remain anonymous and had no intention of reporting the alleged assault?”

The tweet alluded to Dr. Christine Blasey Ford, who testified that she did not know who paid for the lie detector test she had taken months before her identity as a Kavanaugh accuser had been revealed. Her attorneys then claimed they simply ate the costs.

“Swetnick is 55 y/o. Kavanaugh is 52 y/o,” began a now-removed tweet against another accuser. “Since when do senior girls hang with freshmen boys? If it happened when Kavanaugh was a senior, Swetnick was an adult drinking with&by her admission, having sex with underage boys. In another universe, he would be victim & she the perp!”

Interesting questions, which certainly made me think. But maybe thinking is overrated, because those inquiries apparently made others angry.

“Over 40 graduate social work students walked out of classes Thursday afternoon following a tweet from Dean Will Rainford . . .” reported The Tower, an independent student newspaper at Catholic University, adding that the group was unanimous in demanding the “resignation of Rainford” and largely favored “a woman to replace Rainford as dean to better represent the largely-female social work population.”

“I was very upset that, one, the dean would say something like that,” one graduate student said, “but also that he would be so nonchalant about students here who are victims of child molestation and sexual assault.”

“I don’t want him speaking for me as a social worker or as a Catholic,” added another female student.

Dr. Rainford had used his official school Twitter account to send the tweets. One can understand that the University might not want any such discussion on “official” accounts. However, that did not seem to be the issue.

In fact, while there was clearly a problem — the following day President Garvey suspended Dean Rainford from his position for the rest of the semester — what that specific problem was remains amorphous.

In a statement announcing the suspension, President Garvey called the tweets “unacceptable,” and argued, “We should expect any opinion [the Dean] expresses about sexual assault to be thoughtful, constructive, and reflective of the values of Catholic University, particularly in communications from the account handle @NCSSSDean.”

How did Will Rainford’s tweets fall short?

“The tweets called into question the validity of some accusations of sexual assault made against Judge Brett Kavanaugh,” the statement read. “Of deepest concern to me is that they demonstrated a lack of sensitivity to the victim.”

Of course, it is a fundamental framework of decently free civilizations that accusations can, specifically, be questioned. And should be. As for “sensitivity to the victim,” in the Kavanaugh conflagration, who was or was not the victim?

The victim in this Catholic University melodrama seems much clearer: Dr. Rainford, the former dean, who lost his position simply for asking questions that some students and faculty members did not appreciate. If he had tweeted his blind and undying belief in the metaphysical veracity of any female accuser of a Republican, we all know he would still be the Dean of the School of Social Service

Those are the “values of Catholic University” of which President Garvey spoke.

For his own part, Will Rainford has profusely expressed his contrition — in a Cultural Revolution-style statement — for his thoughtful/thoughtless tweets: “My tweet suggested that [Julie Swetnick] was not a victim of sexual assault. I offer no excuse. It was impulsive and thoughtless and I apologize.”

Strange, then, that media coverage of this case fails to even mention a relevant fact. In the aftermath of the Kavanaugh confirmation, Swetnick and her attorney, Michael Avenatti, have been referred to the Department of Justice for possible prosecution for making false statements to Congress.

Swetnick and Avenatti can expect to receive better treatment than an administrator in an establishment of higher education who asks conservative-sounding questions.