Chuck Norris is one of the most enduringly popular actors in the world. Chuck Norris has starred in more than 20 major motion pictures. Chuck Norris's television series “Walker, Texas Ranger,” which completed its run in April 2001 after eight full seasons, is the most successful Saturday night series on CBS since “Gunsmoke.” It is seen in more than 80 countries worldwide, ranking as one of the top U.S. shows in both sales and audience.

A New York Times best-selling author of two books, including the 2004 autobiographical “Against All Odds,” Chuck Norris also has penned two books of fiction. Set in the Old West, the most recent installment of this series, “A Threat to Justice,” was published in September 2007. In 2006, Chuck Norris added the title of columnist to his illustrious list of credits with the launch of his popular Internet column on the independent news site WorldNetDaily.com. Norris’ commentaries have become so widely read that he was signed recently by Los Angeles-based Creators Syndicate to market his column to newspapers across the country. Among the leading commentators Creators Syndicate represents are Robert Novak, Mike Luckovich and Bill O'Reilly.

Chuck Norris first made his mark as a renowned teacher of martial arts and was a six-time undefeated world middleweight karate champion. Chuck Norris is the first man from the Western Hemisphere in the more than 4,500-year tradition of tae kwon do to be awarded an eighth-degree black belt grand master ranking. By the 1970s, Norris had completely revolutionized martial arts in the United States and was in the process of taking this exciting individual sport to a new level by transitioning it into a team event, when he was faced with a career choice: continue to build upon the team combat martial arts format he had pioneered or commit himself to a film acting career.

After starring in films such as “Delta Force” and “Missing in Action,” as well as writing the original screenplays for a number of his box-office hits, it is clear acting, writing and producing was the right choice.

Fortunately for martial arts enthusiasts, Chuck Norris did not forsake his vision of elevating his sport to a regional competitive team event like the NBA or NFL. In 2005, he launched the World Combat League. This professional combat martial arts league currently consists of eight teams representing two divisions, and it is now in its second season. It airs on the Versus television network.

Chuck Norris is a man of deep religious convictions and a giving spirit. Among his more rewarding accomplishments is the creation in of his KICKSTART program in 1992, which began in Houston, teaching 150 at-risk children martial arts as part of the physical education curriculum. Since that time, this program, which instills discipline and respect and raises self-esteem, serves more than 5,000 youngsters year round at 35 schools in Dallas and Houston. To date, KICKSTART has served more than 40,000 students, with many going on to college and becoming successful in their own right. Proceeds from his books, as well as his World Combat League, go to support this life-skills nonprofit foundation.

An in-demand public speaker, Chuck Norris has served as a spokesman for agencies such as the United Way and Veterans Affairs. Additional honors include Make-A-Wish Foundation’s Celebrity Wish Granter of the Year, the Veteran Foundation’s Veteran of the Year Award and the Jewish Humanitarian Man of the Year Award. In April 2007, Marine Gen. James T. Conway named Norris an honorary member of the Marine Corps, in recognition of his two “handshake” tours of our troops in Iraq within a one-year period. Also this year, leading strategic brand-licensing firm Brand Sense Partners will release a line of clothing called “C Force,” chronicling the legendary star and humanitarian’s remarkable career. Among the firm’s other clients are Dodge, Electronic Arts, MGM and Sheryl Crow.

A genuine Internet phenomenon, Chuck Norris has become the subject of countless Paul Bunyan-type fictional “facts” of his exploits, submitted by fans. There are currently more than 600,000 such “facts” floating around the Internet, with one “fact”-generating site receiving as many as 18 million visits a month. The larger-than-life image of Chuck Norris, based on his latest form of popularity, also has been featured in commercials for Mountain Dew and Honda.

Chuck Norris and his wife, Gena, have a home in Dallas and a ranch near Houston, where they divide their time, along with their 6-year-old twins, Dakota and Dani Lee. 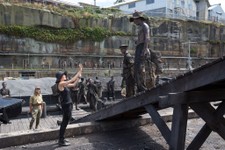 The Rest of the 'Unbroken' Story (Part 2)
By Chuck Norris
Last week, I began to explain the spiritual power behind World War II prisoner of war hero Louis Zamperini, whose ...
December 30, 2014 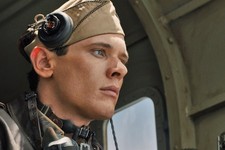 The Rest of the 'Unbroken' Story
By Chuck Norris
On Dec. 25, the unforgettable story about Louis Zamperini, an Olympian turned World War II prisoner of war hero, opens ...
December 23, 2014 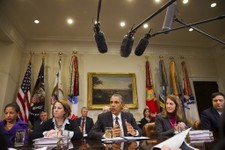 Masters of Deceptive Persuasion
By Chuck Norris
Democrats are the masters of deceptive persuasion, meaning they will take our attention off something they have really screwed up ...
December 16, 2014 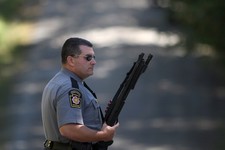 11 Law Enforcement Officers Killed
By Chuck Norris
While many in the nation, from Oakland to New York, rally in protest over the deaths of Michael Brown and ...
December 09, 2014
Miller's Model: A Solution for Ferguson
December 02, 2014 | 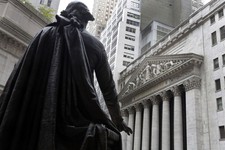 President Obama Versus George Washington on Thanksgiving
By Chuck Norris
Last week, when "Fox & Friends" highlighted my most recent column, titled "Neutering Religious Holidays," liberals came out of the ...
November 25, 2014 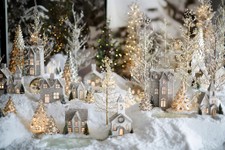 Neutering Religious Holidays
By Chuck Norris
Folks, our country is heading down a slippery slope. We have to stop it before it is too late.We haven't ...
November 18, 2014 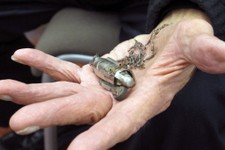 My Veterans Day Test
By Chuck Norris
With Veterans Day being Nov. 11, patriots everywhere feel a sense of pride as we again honor all who have ...
November 11, 2014
8 Founders Advise How to Vote
November 04, 2014 |
Commentary Archives
CARTOONS | Pat Cross
View Cartoon