The White House's Cover-up of Benghazi 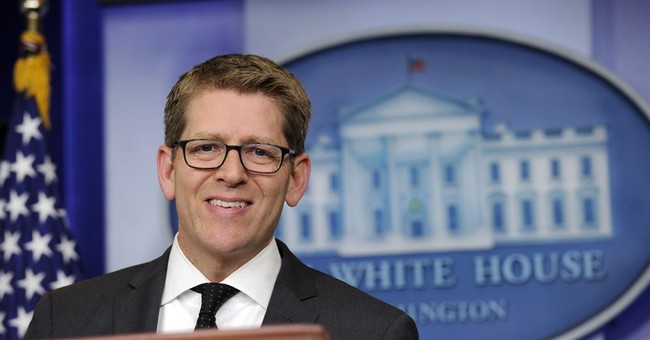 The Obama administration continues to suppress documents that could finally explain why U.S. officials lied to the world that the September 2012 attack on the U.S. Consulate in Benghazi, Libya, occurred as a protest over an American-made anti-Muslim video. And the families and friends of the four brave Americans murdered there continue to suffer without answers, reasons or justice. Is there not a shred of heart left in Washington?

USA Today explained this past week how the watchdog group Judicial Watch blew the whistle on the White House's withholding of documents and obtained a letter from the U.S. Department of Justice under the Freedom of Information Act. In it, the Justice Department tries to justify its withholding of further Benghazi documents.

The 35 pages' worth of withheld documents was described by Justice trial attorney Robert Prince as including "internal strategy discussions relating to the drafting of an official response letter" from then-U.N. Ambassador Susan Rice to answer a variety of congressional questions about the Benghazi attack.

Just for the record, those documents include, but are not exclusive to, the following, according to USA Today:

--"A seven-page e-mail exchange consisting of 16 messages between State and other administration officials ... on Sept. 27 and Sept. 28, 2012, with an original subject line 'FOX News: US officials knew Libya attack was terrorism within 24 hours, sources confirm.'

--"Originally designated 'sensitive but unclassified,' the document was withheld to protect the formulation of a media strategy with respect to an ongoing sensitive matter under a FOIA exemption that protects the deliberative process, Prince wrote.

--"A three-page e-mail exchange between State and other U.S. officials, dated Sept. 28, 2012 and originally designated 'unclassified.' The subject line of the first five messages is 'Statement by the Director of Public Affairs for National Intelligence Shawn Turner on the intelligence related to the terrorist attack on the U.S. consulate in Benghazi, Libya.'"

This withholding of documents comes on the backside of another discovery by Judicial Watch: several emails that exposed Obama aide Ben Rhodes' tutoring Rice on how to play the blame game with the anti-Muslim video on television appearances only five days after the attack.

Moreover, Fox News revealed this past week that documents "show there are differences between Benghazi emails released through the federal courts to ... Judicial Watch and emails released to the House oversight committee as part of its investigation into the attacks. The discrepancies are fueling allegations the administration is holding back documents to Congress."

As far as why the White House continues its suppression of documents, Alec Gerlach, a State Department spokesman, explained that "additional documents are being processed for response to congressional inquiries." The key term there is "processed." Never mind the fact that the "process" has been going on for 20 months.

Even more evasive is State spokeswoman Marie Harf, who explained that documents will be forthcoming "on a rolling basis." That is code for "as they fit the Obama administration's political and selfish agenda."

Isn't it amazing? The White House can pump out 10,000 talking points and pages of documents trying to justify every angle of Obamacare, but it still can't answer four fundamental questions about the lives lost in Benghazi posited by Rep. Trey Gowdy, R-S.C., who will spearhead a new congressional committee looking into the terrorist attack: 1) Why was security at the consulate so lax? 2) Why were repeated calls for more security disregarded? 3) Why was the U.S. military not more positioned and ready to pounce in that powder keg part of the world? 4) Why did the Obama administration contrive a duck-and-dodge response in word and deed to this vicious terrorist act immediately after it happened?

ABC News reported that retired Air Force Brig. Gen. Robert Lovell testified at the House Committee on Oversight and Government Reform's fourth hearing on the attack that he and other U.S. military officials never believed that it was related to the anti-Muslim video. He was stationed in Germany at the time of the attack. He told Congress that he and other commanders strategized about what to do and that they waited for commands to come from the State Department, but those orders never came.

Benghazi-gate remains one of the greatest and most tragic commentaries on the White House's flagrant disregard for American human life for the sake of political expediency. I hope Gowdy's committee gets to the bottom of what really happened in Benghazi and what roles the Obama administration had in its cover-up.

The truth lies in what Republicans cited by USA Today say: "The White House claimed the attack arose from a protest against an anti-Islam video to protect the president's 2012 campaign message that al-Qaeda was in retreat."

President Barack Obama may repeatedly tout a decimation of the terrorist group's leadership, but Marine Corps Commandant Gen. James Amos, with whom I traveled to Iraq in 2007 to visit our troops, told Business Insider: "We may think we are done with them. But they are not necessarily done with us. ... You can't ignore (that part of) the world. ... You can't turn your back on it."

And what about Hillary Clinton's run for the presidency in 2016? She was secretary of state during the attack. Could it be that the Benghazi documents, which would shed light on the real truths behind Benghazi, are still being withheld to help her presidential campaign and prospective appointment to the Oval Office?

One thing is certain: Someone in the White House is continuing to heed the slimy advice of Rahm Emanuel, former White House chief of staff and now Al Capone-mayor of Chicago, who said, "You never want a serious crisis to go to waste."