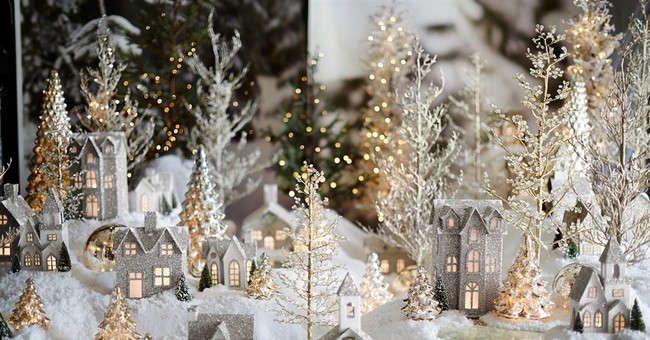 Trending
Folks, our country is heading down a slippery slope. We have to stop it before it is too late.

We haven't even hit Thanksgiving, and already the war on Christmas is underway. This time, one of the largest public school systems in the U.S. is eliminating every mention of religious holidays on its official calendar.

The Montgomery County Board of Education in Maryland has cut Christmas and Easter, as well as Yom Kippur and Rosh Hashana, from next year's school calendar. No religious holiday will be mentioned by name.

NPR reported on the origin of the decision: "The path to the board's decision started about two years ago on something that was somewhat unrelated. Members of the county's Muslim community -- roughly estimated at around 10 percent of the more than 1 million population -- were seeking to have two of their religion's holy days added to the calendar of days off. They wanted Eid al-Adha the most."

Instead of adopting new religious days for Muslims, however, the board approved the removal of all Christian and Jewish religious holiday references by a 7-1 vote. The students will continue to get the same religious days off, but there will be generic references to them, such as "winter break." Board members have even gone so far as to reinterpret the historical recognition of the holidays by saying that the days off are not meant to observe those religious holidays.

The board's president, Phil Kauffman, explained, "The best way to accommodate the diversity of our community is to not make choices about which communities we're going to respect in our calendar and which ones we're not going to respect."

But does religious neutering accommodate diversity or merely endorse secular progressivism and political correctness as America's new religion? Choices are the very actions our Bill of Rights was created to protect. In the end, however, rather than affirm Americans' freedom of religion, society has spawned their freedom from religion.

NPR reported that nearly all of the 16 districts across the country that are larger than Montgomery County Public Schools have already discarded any mention of religious holidays on their calendars.

That's not the America our Founding Fathers created for us. That's not unity in diversity. That's not education but pipeline progressivism pumping out another indoctrination camp.

Have you ever heard the phrase that the only thing that goes with the flow is a dead fish? What about the saying that if two people are thinking exactly the same, you can bet that one person isn't thinking?

And where's our president when these Christian and Jewish references are being erased from civic calendars? Is he crying out in defense of religious liberty and our First Amendment? Nope. He's as silent as a church mouse, just as he's been for the past six years on any such matter. And animosity toward religion continues to grow.

That's why I encourage you to rent or buy the DVD "Last Ounce of Courage." The movie explains exactly what we are facing in America. There is a short speech at the end of the movie by the lead actor, Marshall Teague, which will make your hair stand on end. Marshall addresses a large crowd as he speaks from the top of a building in a town much like a town in the Maryland county that has become completely secular and progressive. His powerful message will resonate with every freedom-loving American.

Let us never forget that there was once a time in the U.S. when people and even presidents weren't afraid to stand for traditional values and encourage others to do the same.

Case in point, President Ronald Reagan, in his 1981 Christmas address, televised and on the radio from the Oval Office for the entire nation and world to hear, said: "At this special time of year, we all renew our sense of wonder in recalling the story of the first Christmas in Bethlehem, nearly 2,000 years ago. Some celebrate Christmas as the birthday of a great and good philosopher and teacher. Others of us believe in the divinity of the child born in Bethlehem, that he was and is the promised Prince of Peace. ... Like the shepherds and wise men of that first Christmas, we Americans have always tried to follow a higher light, a star, if you will. At lonely campfire vigils along the frontier, in the darkest days of the Great Depression, through war and peace, the twin beacons of faith and freedom have brightened the American sky. At times, our footsteps may have faltered, but trusting in God's help, we've never lost our way. ... So let this holiday season be for us a time of rededication. ... Tonight, in millions of American homes, the glow of the Christmas tree is a reflection of the love (of) Jesus. ... Christmas means so much because of one special child."