The American Flag: 'A Threat'? 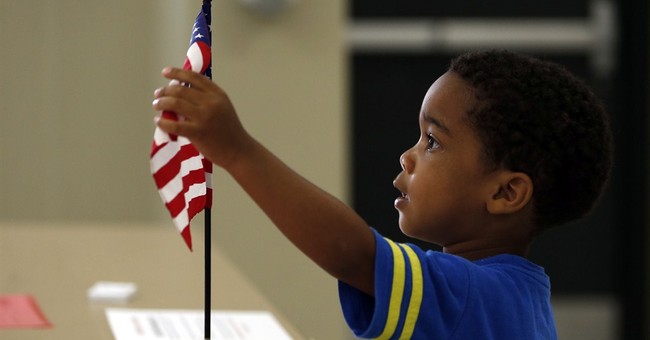 Trending
It's the very symbol of patriotism -- Old Glory, as William Driver, a 19th-century American sea captain, nicknamed it. But even as we close in on Independence Day, more and more people across the country are calling the American flag a threat and inappropriate home garnishing.

A week ago, the landlord of a Texas man called the American flag "a threat to the Muslim community" and ordered him to remove it from his home, according to KHOU-TV.

Duy Tran said the Stars and Stripes means a lot to him. Posting the flag was the least he could do, he said, especially in the light of his friends who died for this country.

Tran added: "What really stunned me is that she said it's a threat towards the Muslim community. I mean, I'm not a threat to (anybody)."

When KHOU-TV tried to confront the manager about the statement, she answered no questions, and the crew was escorted from the premises by a security officer with a note that read: "While the Lodge on El Dorado admires our resident's patriotism, we must enforce our property rules and guidelines. Such guidelines maintain the aesthetics of our apartment community and provide for the safety of all residents. The apartment community already proudly displays our country's flag in a safe and appropriate manner at the entrances to our community."

So even though Tran had hung his flag with proper etiquette from his balcony, it wasn't "safe and appropriate"? Are we now going to tell Americans that only one flag is allowed per 1,000 residents?

That situation reminded me of another one that happened just last summer.

KOVR-TV reported that former Army Spc. Jen Elliot, who was a heavy-wheeled vehicle operator and a .50-caliber gunner in Afghanistan before being blown into a wall there and receiving a traumatic brain injury, came home to her California apartment only to find an official violation on her door from property management stating that she could no longer fly her American flag from her balcony.

Elliot explained to KOVR-TV that she flew the Stars and Stripes because it reminded her of her Army unit overseas, which had incidentally lost six soldiers in the previous three months. She explained that she was particularly "upset and very offended" by the notice of violation because it demanded that she take down the flag for which she and her fellow comrades fought and still fight.

Elliot said she would move out before she would take down her American flag. She added: "It's very important for me to have that up there. ... I'm not taking that flag down."

Am I missing something? Do you remember the days when Americans not only used to be proud to fly Old Glory but frowned upon neighbors who did not?

These travesties regarding flag flying wouldn't be so tragic if they weren't becoming so prevalent and symptomatic of an America moving away from its original mission and Founding Fathers' intent.

So for this July Fourth, I say we not only fly Old Glory proud and high but also remind our families, friends co-workers and neighbors exactly why we do.

I agree wholeheartedly with Elliot, who concluded: "We live in America. Why shouldn't we fly our flag proudly?"

And what about those who oppose Old Glory's posting?

Take your orders from Gen. Douglas MacArthur: "I see that the old flagpole still stands. Have our troops hoist the colors to its peak, and let no enemy ever haul them down."

Then don't hesitate for a moment to place your hand over your heart and say loudly and proudly for all to hear: "I pledge allegiance to the flag of the United States of America and to the republic for which it stands, one nation under God, indivisible, with liberty and justice for all."

NY AG Could Discover That Attacking the NRA Only Makes Them Stronger. And It’ll Help Trump’s Re-election.

Matt Vespa
NY Post Piece Pretty Much Shreds Founders of Anti-Trump Group as Total Losers with Tax Issues
Matt Vespa
The Sudden 'Shift in Narrative' on the Reopening of Schools
Cortney O'Brien
Fact Check the Left: Is Reopening to Blame for the Surge in Coronavirus Cases in Border States?