The Rest of the 'Unbroken' Story 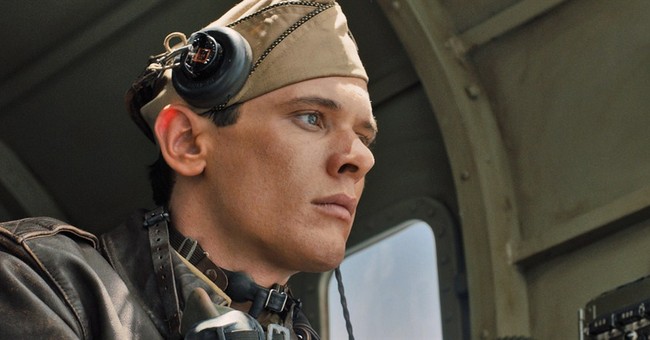 On Dec. 25, the unforgettable story about Louis Zamperini, an Olympian turned World War II prisoner of war hero, opens in theaters nationwide. As astoundingly resilient as Zamperini was, however, his real power was found in a fact underplayed in the movie; namely, he whose birth we celebrate Dec. 25 is the one responsible for restoring and transforming Zamperini's heart and life.

First, let me say, few lives can compare with Zamperini's. He lived hard from a young age. He smoked cigarettes by the time he was 5, and his favorite pastime as a youth was stealing beer from bootleggers.

Cops and his family members devised a plan to harness all his criminal energy into competitive running. It worked. In 1934, he set a record by running a mile in just four minutes, 21 seconds -- a speed that landed him in the 1936 Olympics in Berlin alongside Jesse Owens and other greats. He placed eighth in the 5,000-meter run, but he ran the last quarter-mile in just 56 seconds -- a time that prompted Adolf Hitler to want to meet him.

Zamperini wanted to compete in the 1940 Olympics, but Europe was in the midst of war. When America burst into World War II, Zamperini was drafted as a bombardier for the U.S. Army Air Corps. During a search and rescue mission for a downed American plane, Zamperini's own plane plunged into the ocean because of engine trouble. He was among only three of 11 who survived.

Zamperini and his two fellow crewmen were afloat on a raft for 47 excruciating days, warding off starvation, sharks and the blistering sun. They survived by eating albatrosses that landed on the raft.

In 2003, The Christian Broadcasting Network conducted a two-part interview with Zamperini. He explained, "All we did on the raft was pray morning, noon and night." Twice conditions got so life-threatening that he bargained with God that if he would spare his life, he would serve him forever.

Eventually, a plane flew overhead, but it was a Japanese fighter, which unloaded its ammunition on them. Amazingly, they weren't hit. They drifted for two more weeks, and one crew member died. They finally spotted land on their 47th day, but shortly afterward, they were picked up by the Japanese before ever reaching land. Zamperini weighed only about 65 pounds when he went into captivity.

For the next two years, Zamperini became a prisoner of war and suffered horrendously at the hands of a tyrant guard called "The Bird," torture that was so bad he chose not to talk about it in his CBN interview.

At the end of the war in September 1945, Zamperini was released, returned home, got married, had a family and tried to live as normally as he could, but he just couldn't shake the wages of war.

For years, the only "help" Zamperini received for his post-traumatic stress disorder was from a bottle of alcohol. He would often awaken screaming from nightmares and even once woke up to find himself strangling his pregnant wife.

She grew tired of Zamperini's daily drunkenness and sought a divorce. Meanwhile, someone told her about a young new evangelist named Billy Graham, who was coming to the Los Angeles area. She attended his crusade and gave her life to Jesus Christ, believing he died for her sins.

She returned to Zamperini and explained to him some good news: "Because of my conversion, Louis, I'm not going to get a divorce." He was thrilled but added, "She and her newly found Christian friends were all over me, and I avoided them like a plague."

Because he wanted to save his marriage, however, Zamperini reluctantly agreed to attend Graham's next crusade, which was the Los Angeles Crusade of 1949, held in a huge tent.

Zamperini explained Billy's preaching this way: "He talked about one person only -- the person of Jesus Christ -- for 30 minutes." Zamperini continued, "He read the Scriptures, 'For all have sinned and come short of the glory of God' and 'The wages of sin is death, but the gift of God is eternal life through Jesus Christ our Lord.'"

Zamperini further elaborated, "I knew I was a sinner, but I didn't like the idea of someone else reminding me!" So he started to walk out of the crusade. As he did, he thought about all of the prayers God had answered years earlier when he was on the raft and in the prisoner camps.

The Christian Post reported Zamperini's feelings: "I started to leave the tent meeting, and I felt (awfully) guilty about my life. Yes, I had a lot of great times, a lot of great (experiences), a lot of escape from death, but I still didn't like my life after the war. I came home alive. God kept his promise. I didn't keep mine, and so I went forward and accepted Christ."

In 1950, Zamperini came full circle, returning to Japan to offer forgiveness to his captors. He couldn't meet with "The Bird" but did meet with many others, and as a result, some gave their life to Christ. In 1998, at age 81, Zamperini again returned to Japan. He ran with the Olympic torch before a cheering Japanese crowd.

Asked what gave him the strength to return to Japan and forgive his torturers, Zamperini explained, "The heart of this story is when I found Christ as my savior. That's the heart of my whole life."

To ensure that moviegoers understand the full picture of Zamperini's faith and life, the Billy Graham Evangelistic Association has announced that it will release its own movie about Zamperini, "Louis Zamperini: Captured by Grace," online Dec. 25 -- the same day as the release of the movie "Unbroken."

To watch a preview of "Louis Zamperini: Captured by Grace," click here.

Next week, I will discuss the depth of Zamperini's Christian faith and what his own adult children have said about it.