Edwin J. Feulner, Ph.D. is Founder of The Heritage Foundation, Washington’s leading public policy organization or think tank. On January 18, 1989 President Reagan conferred the Presidential Citizens Medal on him as "a leader of the conservative movement." The citation continues: "By building an organization dedicated to ideas and their consequences, he has helped to shape the policy of our Government. His has been a voice of reason and values in service to his country and the cause of freedom around the world."

Feulner also serves as Treasurer and Trustee of The Mont Pelerin Society; Trustee and former Chairman of the Board of The Intercollegiate Studies Institute; member of the Board of the National Chamber Foundation; member of the Board of Visitors of George Mason University; and Trustee of the Acton Institute and the International Republican Institute. He is past president of various organizations including The Philadelphia Society and the Mont Pelerin Society, and past Director of Sequoia Bank, Regis University and the Council for National Policy.

Feulner served on the Gingrich-Mitchell Congressional Task Force on U.N. Reform (2004-2005) and the Congressional Commission on International Financial Institutions ("Meltzer Commission," 1999-2000). He was the Vice Chairman of the National Commission on Economic Growth and Tax Reform ("Kemp Commission," 1995-1996), Counselor to Vice Presidential candidate Jack Kemp (1996), Chairman of the U.S. Advisory Commission on Public Diplomacy (1982-91), a Consultant for Domestic Policy to President Reagan, and an advisor to several government departments and agencies. He was a member of the President’s Commission on White House Fellows (1981-83), of the Secretary of State’s UNESCO Review Observation Panel (1985-89), of the Carlucci Commission on Foreign Aid (1983), and served as a United States Representative to the United Nations Second Special Session on Disarmament (with the rank of Ambassador) where he delivered the final United States address to the General Assembly (1982).

Dr. Feulner served as the Executive Director of the Republican Study Committee in the U.S. House of Representatives, the Confidential Assistant to Secretary of Defense Melvin R. Laird, Administrative Assistant to U.S. Congressman Philip M. Crane (R-Illinois), and as a Public Affairs Fellow at the Hoover Institution of Stanford University and the Center for Strategic and International Studies.

He is the author of six books: Getting America Right (2006), Leadership for America (2000), Intellectual Pilgrims (1999), The March of Freedom (1998), Conservatives Stalk The House (1983), and Looking Back (1981). He is the editor of U.S.–Japan Mutual Security: The Next Twenty Years and China: The Turning Point, and a contributor to ten other books and numerous journals, reviews and magazines. He was the Publisher of Policy Review (1977-2001), and articles by him have appeared in the Chicago Tribune, New York Times, Los Angeles Times, Washington Post, Washington Times and other major newspapers. He is a regular contributor to Investor's Business Daily. As a member of Investor's Business Daily's "Brain Trust," he regularly contributes op-eds on issues of special interest to financial markets. His weekly column appears in dozens of newspapers across the country.

On a personal note, he is married to Linda Claire Leventhal. The Feulners have two married children, Edwin J. Feulner III, and Emily Lown. The Feulners live in Old Town, Alexandria, Virginia. Dr. Feulner is listed in standard reference works including the current edition of Who’s Who in America. 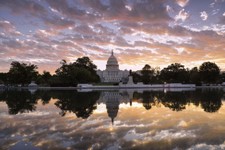 Leaving a Legacy
By Ed Feulner
The more things change, the more they stay the same. That old saying came to mind the other day as ...
July 03, 2019 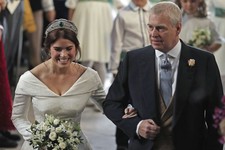 Pitching Your Product to a Prince
By Ed Feulner
Say you’re an entrepreneur, and you’ve invented what you’re sure is a great product. Where would you go to get ...
June 21, 2019 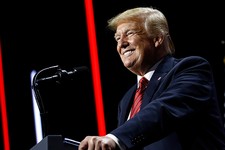 Socialism: The True Gospel of Greed
By Ed Feulner
“Tonight, we renew our resolve that America will never be a socialist country.”That’s from President Trump’s last State of the ...
June 17, 2019 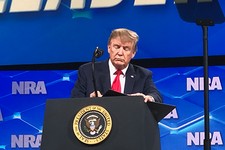 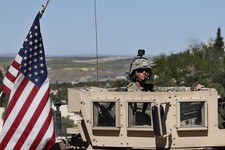 Defense Spending: On the Rise, But Not Enough
By Ed Feulner
We have a good news-bad news situation on our hands when it comes to defense spending. The good news is, ...
May 18, 2019 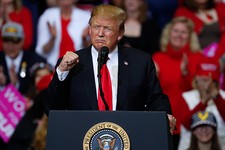 Strong Economy Proves Naysayers Wrong — Again
By Ed Feulner
“We are very probably looking at a global recession, with no end in sight.”That wasNew York Timescolumnist Paul Krugman, making ...
May 09, 2019 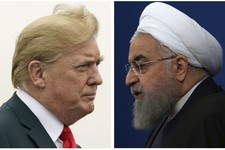 Maximizing Pressure on a Terrorism Importer
By Ed Feulner
“Maximum pressure.” That’s how the Trump administration describes its approach toward Iran — and lately, it’s really been living up ...
April 30, 2019 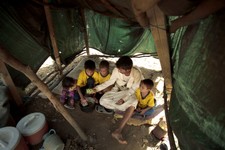 Eradicate Poverty? We Already Know How
By Ed Feulner
Want to help the poor? Champion free enterprise.That flouts the conventional wisdom – at least as it’s presented by many ...
April 26, 2019 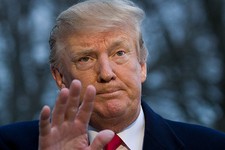 The Tax Cut That Keeps On Giving
By Ed Feulner
Another Tax Day is behind us, but negative media coverage of President Trump’s signature tax-cut legislation continues.Many reporters and pundits ...
April 17, 2019 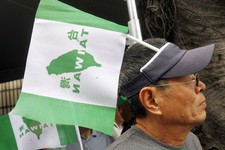 Helping Ourselves By Helping Taiwan
By Ed Feulner
I’ve visited Taiwan more than 120 times over the past 47 years, and every time I do, I’m impressed by ...
March 30, 2019 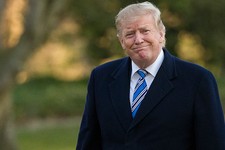 Trump, the Creative Disrupter
By Ed Feulner
“Small ball” is often a sound strategy when it comes to baseball. Taking a slow, methodical approach that emphasizes incremental ...
March 26, 2019 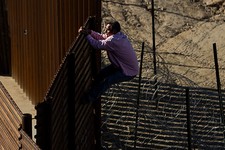 To Fix the Immigration Crisis, Build a Wall and Change the Law
By Ed Feulner
A new report from the U.S. Border Patrol proves that only the willfully ignorant can doubt that we’re dealing with ...
March 16, 2019 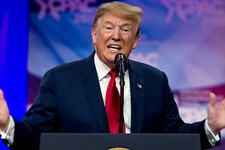 Pursuing an Agenda of 'America First'
By Ed Feulner
Leadership isn’t shown just in what you do. It’s shown in what you don’t do.President Trump proved this recently when ...
March 08, 2019 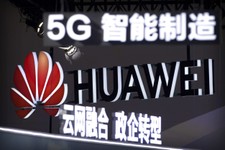