Defense Spending: On the Rise, But Not Enough

Ed Feulner
|
Posted: May 18, 2019 12:01 AM
Share   Tweet
The opinions expressed by columnists are their own and do not necessarily represent the views of Townhall.com. 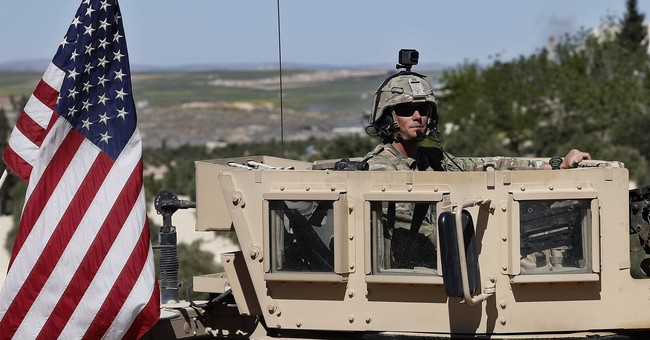 We have a good news-bad news situation on our hands when it comes to defense spending. The good news is, it’s heading in the right direction: up. The bad news is, it remains too low to fix the spending holiday that afflicted our military for years — a failure to fund that has seriously compromised our readiness levels.

Budget numbers released by Democrats, who control the House of Representatives, look impressive at first glance: $622 billion for the base defense discretionary budget. That’s an increase of 2.3 percent over the last budget the House passed.

Unfortunately, it’s not enough. Once you take the defense cuts of the last decade or so into consideration, you realize we have a lot of ground to make up.

According to Former Defense Secretary James Mattis and Gen. Joseph Dunford, chairman of the Joint Chiefs of Staff, we need between 3 percent and 5 percent real growth in the coming years to keep pace with the threats facing our nation.

I’m not just talking about North Korea. The missile danger from Pyongyang is indeed serious, and one that grabs big headlines every time Kim Jong-un decides to rattle his saber. But there are other countries of concern around the globe.

Take Iran, which the 2019 Index of U.S. Military Strength describes as the Middle Eastern country most hostile to American interests. Over the last several years, it has moved closer and closer to becoming a nuclear power, and it has continued enhancing its missile capabilities. And it actively foments instability throughout the region.

Elsewhere in the Middle East, we have a wide variety of terrorist groups on the prowl. Yes, the Islamic State has been all but wiped out, having lost more than 98 percent of the territory it once held, but it’s not completely eliminated. And the Iran-sponsored Hezbollah and the Iranian-backed Shia militias also present a danger to regional peace.

Then there’s China. The People’s Liberation Army continues to engage in live-fire exercises in the East China Sea near Taiwan, and to probe South Korea and Japan’s air defenses. Meanwhile, Beijing’s cyber-espionage and attempts at hacking computer networks show no sign of slowing down.

And we can’t forget Russia. It “regularly performs provocative military exercises and training missions, and continues to sell and export arms to countries hostile to U.S. interests,” the Index editors note. “It also has increased its investment in modernizing its military and has gained significant combat experience while continuing to sabotage U.S. and Western policy in Syria and Ukraine.”

Yet until recently, we had been cutting defense spending. That forced our military, in turn, to cut training. They’ve had to rely on planes, tanks and other equipment that should have been retired years ago.

The reversal of this trend is certainly welcome. But we can’t repair the damage in a year. On the Index’s five-rating scale of “very strong, strong, marginal, weak, and very weak,” the overall rating for our military is “marginal.” You don’t jump from “marginal” to “very strong” overnight, unfortunately.

How does one judge the right size, strength and capability of our armed forces? The Index editors use a formula long embraced by successive presidential administrations, Congresses and Department of Defense staffs: the ability to handle two major wars at the same time.

For now, the Index editors say, our military is likely capable of meeting the demands of a single major regional conflict while also taking care of its other ongoing responsibilities.

Add another conflict, though, and we’d be in trouble. Considering the threat levels out there, who can confidently say that second conflict couldn’t happen?

So while lawmakers should be praised for taking steps in the right direction, they now need to realize that it’s high time we picked up the pace.

Our enemies aren’t waiting. And neither should we.