Judge Kavanaugh: Don’t Get On His Case

Ed Feulner
|
Posted: Sep 05, 2018 12:01 AM
Share   Tweet
The opinions expressed by columnists are their own and do not necessarily represent the views of Townhall.com. 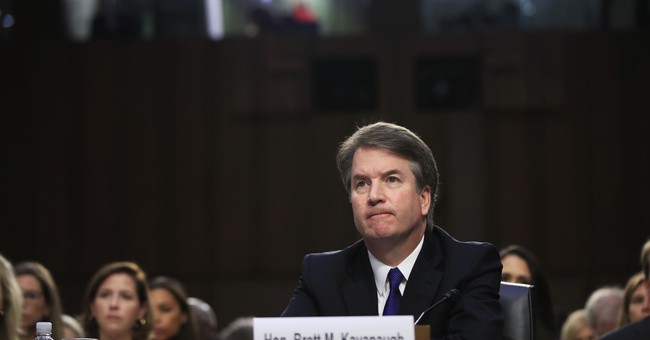 I hate to have to ask such a basic question, but does Sen. Chuck Schumer (D-N.Y.) understand the role of a Supreme Court justice?

Considering what the Senate minority leader had to say before the hearings for Brett Kavanaugh got underway, you have to wonder.

Even before the nominee was announced, Schumer was saying that “U.S. senators and the American people should expect an affirmative statement of support” on certain issues.

Funny, though. He sounded a different tune in 2010, when NBC’s Dick Gregory asked him about the upcoming hearings for Justice Elena Kagan.

Such hearings, Schumer said, “should talk about judicial ideology and philosophy. Obviously, you can’t … try to pin someone down on what might be an upcoming case, but knowing how they think, how they reason, what’s their view of settled law -- these are all very legitimate questions, and the hearings would be much less if they weren’t asked.”

Now, I doubt that Schumer and other liberals will bluntly ask how Kavanaugh would rule on upcoming cases. But I’m sure their artfully worded questions will be designed to try and find out exactly that.

And when Kavanaugh explains that he can’t say in advance how he will come down on controversial issues, he will surely be accused of stonewalling. Of being evasive.

Yet when Kagan and Justice Sonia Sotomayor gave very careful answers during their hearings, explaining that they could not signal how they’d rule on particular hot-button subjects, Schumer and his fellow liberals didn’t press them.

Indeed, in Sotomayor’s case, they sought to forestall such questions. “I would hope that everybody will keep their questions pertaining to you and your background as a judge,” Sen. Patrick Leahy (D-Vt.) said at the outset of her hearings.

Will there be a similar plea for those questioning Brett Kavanaugh? Don’t hold your breath.

And yet many past Supreme Court justices -- including Felix Frankfurter, John Marshall Harlan and Thurgood Marshall -- wisely declined to indicate how they’d rule on a certain case or issue.

According to a more recent justice, a judge who is “sworn to decide impartially can offer no forecasts, no hints, for that would show not only disregard for the specifics of the particular case, it would display disdain for the entire judicial process.”

That’s right. Not just no direct answers, but “no hints.” The speaker: Ruth Bader Ginsburg. Yet we know that won’t stop liberal senators from trying to coax a lot more than hints from Kavanaugh.

What they don’t seem to understand (or pretend not to when it’s politically expedient) is that a justice is like a baseball umpire. His or her own personal likes or dislikes can’t be permitted to influence a ruling.

A justice is there to rule on whether or not a particular law or action is constitutional, regardless of bias. By the same token, an umpire has to call a runner out if he’s tagged before he touches home plate, even if his call goes against the team he likes.

It all boils down to whether or not we have a proper understanding of how the judiciary functions in our system of government. Those seeking to rig the game, so to speak, to assure a certain outcome clearly don’t get it.

Or they do, and they don’t care. After all, for many politicians, the name of the game is political power, even if you have to bend a few rules to the breaking point.

Senators determined to press Kavanaugh on how he’ll rule on future cases should consider Justice Sotomayor’s stated position: No matter how “sympathetic” a particular litigant’s position is, she said, a judge must do “what the law requires” and reach “the result [that] is commanded by law.”

Our Constitution -- which all senators have sworn to uphold -- demands nothing less.