Countering the Threat of an EMP

Ed Feulner
|
Posted: Dec 19, 2018 12:01 AM
Share   Tweet
The opinions expressed by columnists are their own and do not necessarily represent the views of Townhall.com. 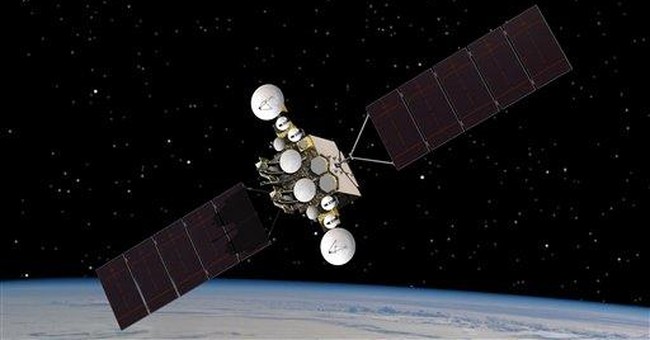 A century ago, life without electricity wasn’t hard to imagine. But today? There’s hardly an aspect of daily life that doesn’t rely on a steady supply of it.

And in an instant, it could all grind to a halt.

That probably sounds like the set-up to a new science-fiction series. In fact, quite a few TV shows and movies have used such a premise. But this one is all too real.

Ask the U.S. Air Force, which recently released a report on the dangers of an electro-magnetic pulse, or EMP – a report that confirms the findings of a major paper released earlier this year by The Heritage Foundation. Such a pulse could cripple anything that relies on the electro-magnetic spectrum.

EMPs can be generated by a solar flare — basically, a burst of intense radiation from the sun. Solar flares occur all the time, but they’re generally low-intensity, so few of us notice them. The effects of a larger one, however, would be far harder to overlook.

There isn’t much we can do about the sun. But when it comes to the other most likely cause of an EMP — the explosion of a nuclear weapon miles above the earth’s surface — it’s a different story.

Concerns about EMPs are nothing new, by the way. More than 50 years ago, the U.S. government wanted to test what such a pulse could do. So in 1962, a nuclear weapon was detonated at high altitude on an island in the Pacific.

The resulting EMP damaged several U.S., British and Russian satellites. It also blew out street lights and knocked out phone service almost a thousand miles away in Hawaii.

“Electronics of that era were much more resilient to electromagnetic pulses than those of today,” writes defense expert John Venable, an Air Force veteran. “Smartphones, computers, ATMs, nuclear power facilities, and virtually every other facet of our day-to-day lives now rely on electromagnetically sensitive circuit cards.”

In short, the same electronic wizardry that brings so much ease to our routines also makes it incredibly easy to disrupt those routines. Not for a few hours, mind you, but for weeks or months. Life as we know it would stop on a dime.

We’d be deprived of our TVs, smartphones and computers, of course, but the damage would be far worse than that. Think of what an EMP would do to hospitals, power stations, food supplies, transportation – you name it. The ensuing chaos would be a nightmare.

The question is, what can we do now to reduce the threat?

For one thing, the Heritage report points out, we need to advance U.S. missile defense capabilities, particularly boost-phase missile-defense systems.

It stands to reason: if a ballistic missile is the delivery system for an EMP, then taking that missile down is the best way to stop that EMP. But it’s vital that it be destroyed well before it can come within reach of its target.

That’s going to take some money. The U.S. needs to invest more resources into boost-phase and space-based ballistic missile-defense technology.

In the meantime, we need to secure our electric grid as best we can. That means government should work with industry leaders to assess the threat and help protect our assets from attack. It also means cooperating more closely with our allies to deter any potential aggressors from launching an attack in the first place.

This all sounds expensive – and it is. But what is the cost of protection compared to the price of repairing and rebuilding?

If we ignore this threat, we’re courting disaster.