The Bane of Birthright Citizenship

Ed Feulner
|
Posted: Nov 09, 2018 12:01 AM
Share   Tweet
The opinions expressed by columnists are their own and do not necessarily represent the views of Townhall.com. 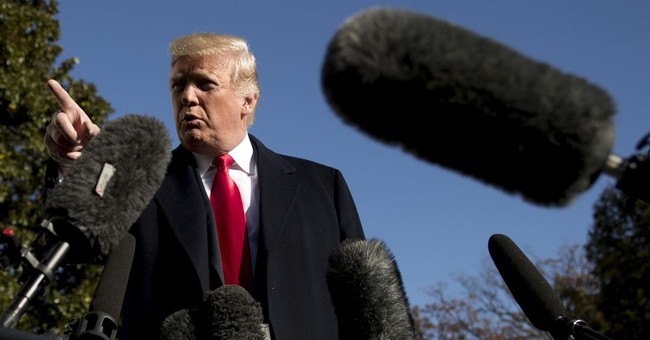 President Trump’s critics have found something else to rend their garments over: his determination to end so-called “birthright citizenship.” Why, they thunder, it’s unconstitutional! And even if it could be changed, it can’t be by executive order.

They’re wrong on both counts.

That probably comes as a surprise to many Americans, including some who consider themselves Trump supporters. Haven’t we all been told for years that if you’re born here, you’re automatically a U.S. citizen? It’s all right there in the 14thAmendment. No matter who your parents are or what their status is, you’re an American. Simple as that.

Seems pretty cut and dry, but check out that crucial clause: “and subject to the jurisdiction thereof.” It’s easy to mumble over it, but we shouldn’t. The Senate included it there for a reason when they passed the Amendment in 1868: to make it clear that not everyone born here is automatically a citizen.

Being born here is only half the equation. You also must be “subject to the jurisdiction thereof.” The original proposed wording of the Amendment did not include that phrase. It was inserted specifically to make it clear that the law did not, in fact, confer citizenship on everyone born here.

Sen. Jacob Howard of Michigan, a member of the Joint Committee on Reconstruction and a strong supporter of the Citizenship Clause, noted that Congress intended to exclude “persons born in the United States who are foreigners, aliens, [or] who belong to the families of ambassadors or foreign ministers accredited to the Government of the United States.” Supreme Court cases decided in the years soon after the Amendment’s passage confirm this view.

Moreover, says constitutional scholar Edward Erler: “It is hard to conclude that the framers of the 14th Amendment intended to confer citizenship on the children of aliens illegally present when they explicitly denied that boon to Native Americans  legally present but subject to a foreign jurisdiction.”

Notes Hillsdale College’s Matthew Spalding: “Few developed nations … practice the rule of jus soli, or ‘right of the soil.’ More common is jus sanguinis, ‘right of blood,’ by which a child’s citizenship determined by parental citizenship, not place of birth.”

In short, it was wise of Congress to limit the scope of the Amendment. And those who misinterpret it are wrong. President Trump should be commended for trying to bring current understanding back in line with the original intent of the framers.

That leaves us with the question of whether he would be right to set this issue straight via an executive order. Some people who agree with him on birthright citizenship, such as National Review’s Andrew C. McCarthy, believe that he shouldn’t. They argue that it should be done by the same body that issued the Amendment in the first place: Congress.

In other words, this is a job for Congress, the branch of government that creates our laws, not the executive, which enforces them.

According to McCarthy, a president cannot “unilaterally change an understanding of the law that has been in effect for decades under a duly enacted federal law.”

Granted, but as constitutional scholar Hans von Spakovsky points out, “that assumes the ‘understanding’ is the correct one. If that understanding actually violates the plain text and intent of the law, the president as the chief law-enforcement officer can, and indeed has an obligation, to direct the federal government to begin applying and enforcing it correctly.”

To put it another way, the president here would not be attempting to make a new law, but to enforce the correct view of an existing law.

Sure, his order would be immediately challenged. Perhaps we’d even wind up with Congress clarifying the original intent of the law.

All the more reason to do it. Fairness demands that we get this issue settled — and soon.

Ed Feulner is founder of The Heritage Foundation (heritage.org).