Rick Santorum was born on May 10, 1958 in Winchester, Virginia, to parents who worked at the VA Hospital in neighboring Martinsburg, West Virginia. At the age of seven the family moved to Butler County, Pennsylvania. Rick’s father was an Italian immigrant who instilled in him a love for this country and a belief system that has served him throughout his life: If you work hard in America and commit to a core set of values, anything is possible.

Following his graduation from high school, Rick attended Penn State University where he first became actively involved in the political process, serving as a campaign volunteer for the late Senator John Heinz. After graduating from Penn State with a degree in Political Science, he received his M.B.A. from the University of Pittsburgh. He moved to Harrisburg, working as Administrative Assistant to State Senator Doyle Corman and later received his J.D. from the Dickinson School of Law. After receiving his law degree, Rick returned to western Pennsylvania to put his education to use.

While working as an attorney for the Pittsburgh law firm of Kirkpatrick and Lockhart, Rick met Karen Garver. In 1990 they were married, beginning the family that would become the most important and inspiring presence in his life. More than a decade and a half later, Rick and Karen are the parents of six wonderful children – Elizabeth, Johnny, Daniel, Peter, Sarah Maria, and Patrick. Of all the jobs he has held throughout his career, and of all his accomplishments as a legislator and a public servant, Rick is most proud of his role as a husband and a father.

1990 was a big year for Rick. In addition to getting married, he became a candidate for elected office for the first time. Pitted against a seven-term incumbent Congressman in a heavily Democratic district – with a Republican National Committee that admittedly didn't even know his name – to say Rick was a long-shot candidate would have been an insult to long-shot candidates. But he ran an energetic, grassroots campaign, and on Election Day that saw the Republicans nationwide lose seats in Congress, Rick became the United States Representative for the 18th District of Pennsylvania.

The House of Representatives is not always an easy place for a young Congressman to make his name, but that didn't stop Rick. He was an organizer along with John Boehner of the renowned "Gang of Seven," a group of newly elected House members focused on cleaning up the abuse and corruption that was rampant at that time. Famously, they were responsible for uncovering the House banking and post office scandals, illegal and immoral schemes that resulted in powerful members of Congress being convicted of stealing taxpayers’ money.

In 1992 congressional redistricting combined his district with the district of a 20 year incumbent in a district that was almost 2-1 Democrat. In spite of these long odds he was re-elected to a second term in Congress, Rick then set his sights on serving all of Pennsylvania in the United States Senate. Once again, facing an incumbent Democrat, Rick was not expected to win. But his tireless campaigning and fresh, honest message resonated with Pennsylvania's voters, and on January 4, 1995, Rick Santorum was sworn-in as the United States Senator from Pennsylvania. He was 36 years old. In a year that saw four Republican incumbents go down to defeat, he was re-elected to a second six-year term in 2000, and served as Chairman of the Senate Republican Conference. As Conference Chairman, Rick directed the communications operations of the Senate Republicans and was the third-ranking member of the Republican Leadership. He served as the youngest member of the Leadership, and was the first Pennsylvanian to serve in such a prominent position since Senator Hugh Scott was Republican Leader over thirty years ago.

In 2006, Rick focused his reelection campaign to a third term on the threat this country faces from Islamic fascism, not just in Iraq, but around the globe. Without wavering he defended the war in Iraq and the requirement for victory not just in Iraq, but in confronting the greater threat of Iran. In what turned out to be a referendum on the war in Iraq, Rick Santorum was defeated.

As a Senator, Rick was a passionate advocate for the things that he thought best for Pennsylvania, for his constituents, for the country, and ultimately for the world. During his tenure, he served on several important committees, including eight years on the Senate Committee on Armed Services and six years on the Senate Committee on Finance. He founded the Congressional Working Group on Religious Freedom and spearheaded the passage of several key pieces of legislation, including the landmark welfare reform bill, the American Community Renewal Act, a ban on partial-birth abortion, the Born-Alive Infants Protection Act, the Combating Autism Act, Farmland Preservation Act, Abandoned Mine Lands Reform Act, Multi Employer Pension Reform Act, Global Aids Authorization Act, Health Savings Accounts, the Syria Accountability Act, and the Iran Freedom Support Act.

His accomplishments as a senator include reviving America’s communities and empowering citizens to enjoy better lives, reforming the welfare system, fighting against poverty by championing programs that empower all citizens and protect the most vulnerable among us, combating the Global HIV/AIDS epidemic, strengthening and protecting Social Security, providing every American with access to quality, affordable health care, lowering the tax burden on working families, protecting the institution of marriage, reducing America’s dependency on foreign sources of oil, countering the threat of radical Islam, speaking out against religious persecution, in particular persecution of Jews and Christians in the Middle East, and promoting democracy and religious liberty around the world.

Rick Santorum is the author of Blue Collar Conservatives: Recommitting to an America That Works.

In January 2007, Rick established the Program to Protect America's Freedom at the Ethics & Public Policy Center in Washington, D.C. The mission of this project is to identify and communicate the threats to America and the West from a growing array of anti-Western forces and states that increasingly cast a shadow over our future and that violate religious liberty around the world.

In addition to his work at EPPC, Rick Santorum is a consultant with the national law firm Eckert Seamans Cherin & Mellott, LLC; and is a contributor on the Fox News Channel. 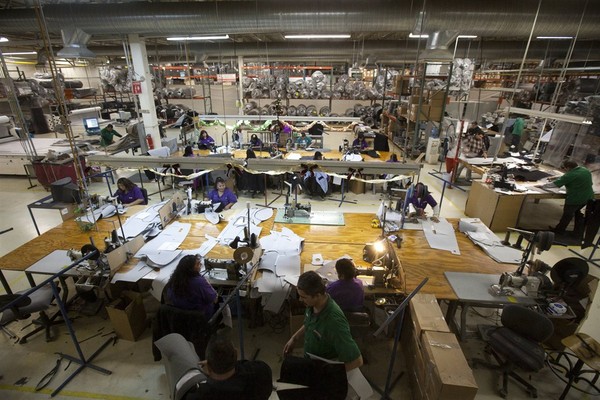 Apr 28, 2014
Recommitting to an America that Works 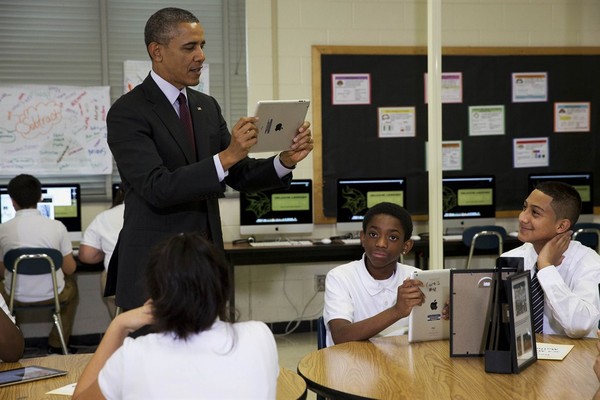 Apr 07, 2014
What the U.N. Convention on the Rights of Persons with Disabilities Conceals 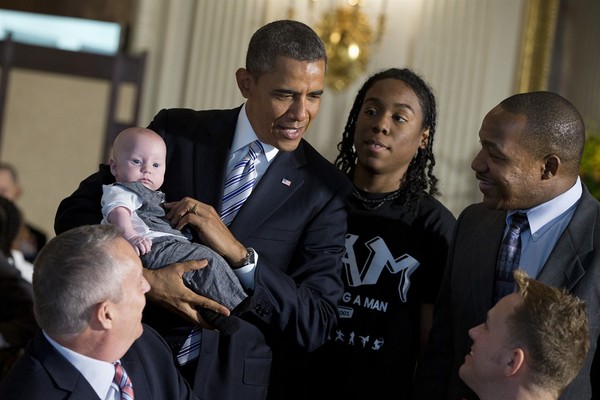 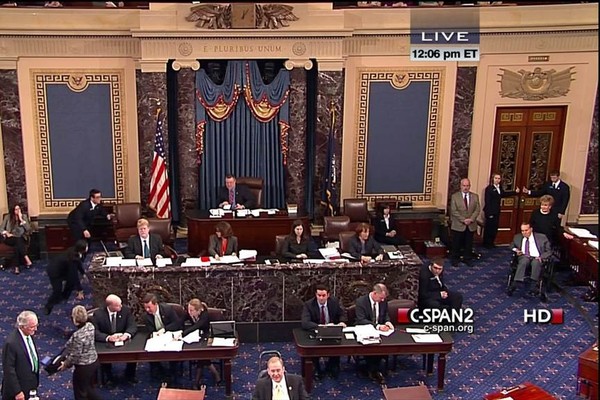 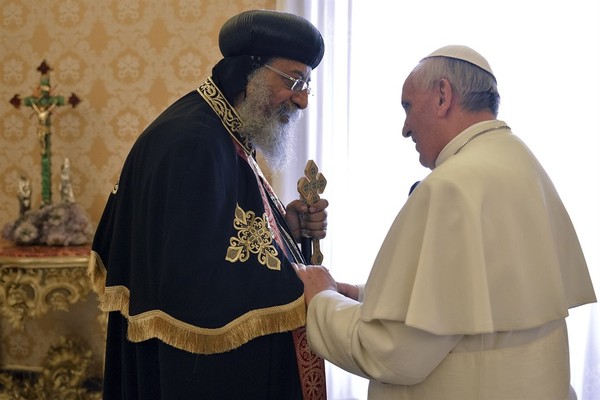 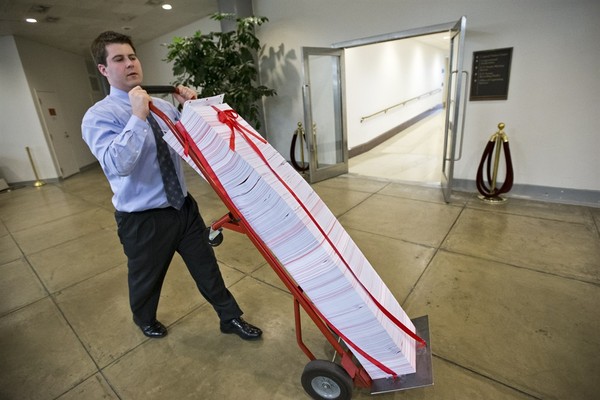 Mar 12, 2013
Republicans Must Have Vision to Help All Americans