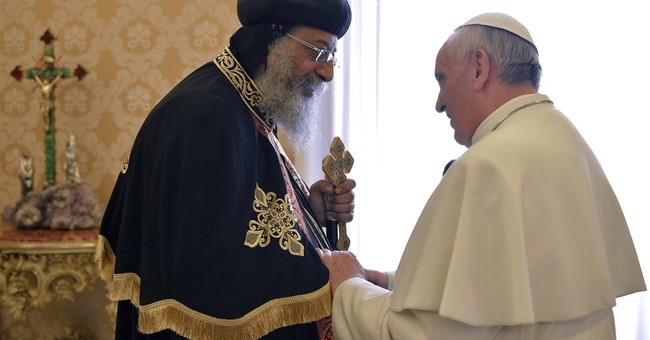 My wife, Karen, and I have been blessed to deliver eight children into this world. We knew that one of our responsibilities was to impart faith to them. However, it wasn't until our child Gabriel died two hours after birth that I confronted the gravity of my duty as a father. Karen and I survived the death of our son, in part because we were comforted in the belief that he is in heaven, a saint. I can't say it lessened the pain, but it gave meaning to the suffering and brought peace.

Twelve years later, Karen delivered our eighth child, Bella. A few days after she was born, the doctors told us that Bella had a genetic abnormality, trisomy 18, and that her life would be measured in days and weeks, not years. My first thought was that we would have to endure the death of another child and that this painful journey would be measured in not hours but perhaps weeks or months. Thanks to Bella's mama-bear mom, we quickly rallied from despair to resolve, to do all we could to accept her for who she is and give her the best and happiest life.

We took it a day at a time; in fact, we celebrated a birthday for Bella every week, with the fervent hope that she would have as many weeks as our other children would have years on this earth.

Well, this week, Bella is celebrating her 260th-week birthday. These five incredibly blessed years have transformed me, Karen, our family and others who have been touched by Bella's beautiful spirit. And as we celebrate her life this week, we can't help but be grateful to so many who supported us on our journey -- prayer partners, her doctors, nurses and therapists, and our friends and family. But of all these amazing people she has been blessed to have in her life, there always has been a special patron.

In 2000, Karen and I were blessed to have the opportunity to meet Pope John Paul II in Rome. At the time, a 3-year-old boy in our community, Brendan Kelly, was battling a virulent form of leukemia, so we brought his picture with us to give to the pope and asked him to pray for Brendan. The next year, Brendan was in remission and was granted a wish by the Make-A-Wish Foundation. His wish was to meet the man who had prayed for him in Rome.

Brendan's struggles with leukemia and the debilitating treatments have been an inspiration to all who knew him. But it wasn't until Bella was born that we fully understood how very special he was. When Brendan found out about Bella's condition, he committed to pray for her daily.

In October 2008, Bella had respiratory failure. She was resuscitated and put on a ventilator to keep her alive. During that time, Brendan was receiving chemotherapy for a relapse of leukemia. Getting a 10-year-old to take medicine that makes him violently ill is not easy, but during that time, Brendan would courageously swallow the pills or take the injection and offer up his suffering as a plea to Jesus to heal Bella. His father, Frank, told me that when the pain was the worst, Brendan would repeatedly groan, "I love you, Bella."

Bella recovered, but Brendan continued to struggle. The leukemia went into remission a second time but came back in 2011. More chemo, spinal taps, a bone marrow transplant, heavy steroids and hospitalizations ensued. I found out that with every procedure, Brendan would pray through the pain for someone he knew who needed our Lord's help. One beneficiary over the years was his best friend, his uncle Brendan, who led a special forces unit through four tours and no doubt numerous dangerous missions during the war. The unit never lost a man.

Though his uncle was his best friend, Bella and Brendan had a special connection. This holy young man and Bella were both born with an extra chromosome. Brendan was born with Down syndrome, trisomy 21.

A priest once told Brendan that he was specially blessed to be a suffering soul and that great good would come from his life. Two weeks ago, Brendan's suffering ended 16 days before his 16th birthday.

To be recognized as a saint by the Roman Catholic Church, a person must lead an exemplary life to inspire others to follow Christ. There is nothing I have read that says you have to have a certain IQ or must not have a disability to be a saint.

The world needs saints. I can't imagine a better messenger in this age, when physical beauty and talent are so revered, than this broken boy, who embraced his cross every day without complaint, only thinking of how his suffering could help others. Rest in peace, Saint Brendan.