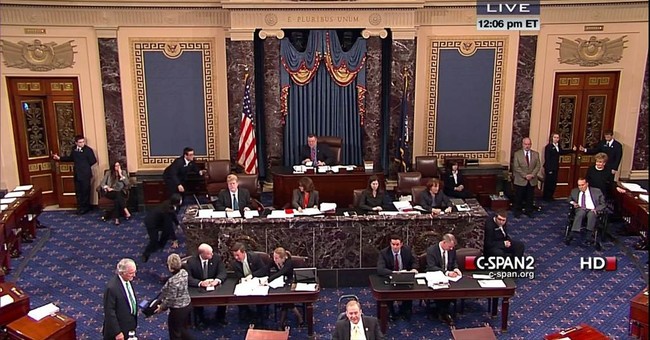 Once again the U.S. Senate is considering passing into law a very dangerous United Nations treaty that would threaten the tens of thousands of American families who care for disabled children. The Convention on the Rights of Persons with Disabilities, or CRPD treaty, which has been rejected a number of times before, is expected to come before the Senate Foreign Relations Committee during the first week in June. This treaty should be unacceptable to all American families, and we must work to put an end to it.

The basic threat CRPD poses is that it could shift decisions about the health care of disabled children out of the control of parents and into the hands of U.N. bureaucrats. These U.N. "experts" would seek to apply a "best interest of the child" standard, which states, "In all actions concerning children with disabilities, the best interests of the child shall be a primary consideration." Apparently, the U.N. knows what these "best interests" should be.

By passing this treaty, the Senate would effectively make the state, not the parents, responsible for determining what is in the best interest for the caring of a disabled child. And if that notion isn't offensive enough, the treaty does not provide a clear definition of "disability," leaving it to an unelected, unaccountable U.N. committee of "experts" to decide who is covered and who is not. How many children might fall under their interpretation of "disabled"? Nobody knows.

Needless to say, as the parents of a child with special needs, my wife, Karen, and I find this treaty completely unacceptable. We know what is best for our 5-year-old daughter, Bella, and will continue to make decisions regarding her care and not cede authority to the United Nations. In the past, we have had "professionals" make recommendations for Bella's care that would have hurt her. Had they had legal power, they could have overruled us as parents and shortened her life.

Sadly, many in the Senate fail to see the grave threat this treaty poses. Last fall, Sen. Richard Durbin, D-Ill., attempted to push this treaty through during a lightly attended session of the Senate. His effort failed only because Sen. Mike Lee, R-Utah, happened to be in the room, realized what was taking place and was able to put a stop to it.

But that didn't deter the treaty's supporters from trying again. Last December, it was brought forth and defeated again. This led to then-Sen. John Kerry's voicing his anger toward me and those of us who had defeated the treaty and saying, "The United Nations has absolutely zero, zero, I mean zero ability to order or to tell or to even -- I mean, they can suggest -- but they have no legal capacity to tell the United States to do anything under this treaty." Well, he is wrong.

What Kerry doesn't seem to get is that our Constitution takes treaties very seriously. In fact, Article 6 says, "All Treaties made, or which shall be made, under the Authority of the United States, shall be the supreme Law of the Land; and the Judges in every State shall be bound thereby, any Thing in the Constitution or Laws of any State to the Contrary notwithstanding."

And the U.N. has an alarming record of forming committees of experts. Last year, it appointed Zimbabwe dictator and brutal human rights violator Robert Mugabe as ambassador for tourism. Is it wrong to somehow presume that those in leadership at the U.N. share our values and will be looking out for our interests? We simply never should give up our sovereignty to anyone, especially to those who support Mugabe.

The U.S. is the world's leader in ensuring that disabled people are protected and cared for. We are the ones who passed the Americans with Disabilities Act. We should be telling the U.N. how to treat the disabled, not the other way around. If I thought for a second that America's ratifying CRPD would help people in the U.S. with disabilities or people overseas like our Bella, I would support it. But it would not.

Yet somehow the CRPD is not dead, and again it's actively being considered by the Senate. Its supporters surely will continue to bring it up until it has the votes to pass. That is why we must take action and contact the offices of our senators and tell them the CRPD is unacceptable and would cause great harm. We will not allow the U.N. to take control from American families in caring for their disabled children. Those decisions will remain with the parents, who truly understand what's in the children's best interest.