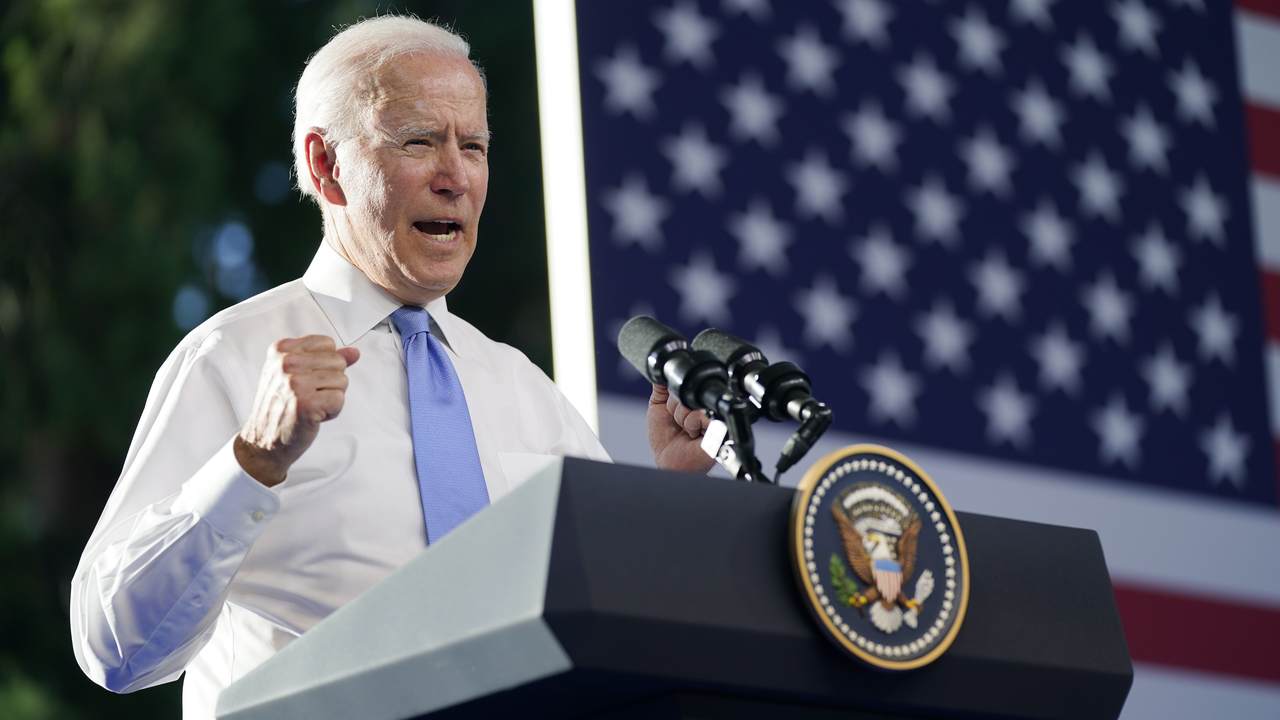 On Thursday, President Joe Biden made official what a bipartisan group of senators had told reporters on Wednesday night, that a deal on infrastructure was reached. The celebration didn't last too long before reality set in, though. Once the excitement following the press conference had faded, the president dropped the news that he was tying the infrastructure bill to budget reconciliation. In order words, he wouldn't sign one without the other, as Reagan reported earlier.

The administration took bipartisanship efforts and likely completely killed it. The Biden budget proposal carries with it a $6 trillion price tag. It not only lacks Republican support, it's questionable as to if even every Democrat will support it.

A particular concern with the budget is that it does not contain the Hyde Amendment, which protects taxpayers from having to fund elective abortions. Hyde has passed every year during every presidential administration since 1976 with bipartisan support, including during the Obama administration when Biden was vice president.

Biden supported the Hyde Amendment until June 2019, when he was forced to renounce it during the 2020 Democratic presidential primary. As the lone holdout, Biden faced heavy criticism from his primary opponents, including and especially Kamala Harris, who went on to become Biden's running mate and vice president.

As a senator, Biden not only supported Hyde, he did so in its strictest forms, and bragged to Delawarean constituents about such support, including in letters from 1977 and 1994.

No Republicans have renounced their support for Hyde. Further, Sen. Joe Manchin (D-WV), who was one of the 10 senators involved in coming to the bipartisan infrastructure agreement, reaffirmed his support for Hyde earlier this month.

Republicans are not remaining silent on this threat against Hyde, nor should they.

Sen. Steve Daines (R-MT), who founded and chairs the Senate's Pro-Life Caucus, circulated a letter earlier this year with 47 other senators warning that they will protect Hyde. A statement from Daines also noted:

We have a message for Democratic Leader Schumer: we will vote to block any radical, pro-abortion agenda. That includes any bill that undermines the Hyde Amendment and other longstanding pro-life protections. I'm glad to have 47 of my pro-life Senate colleagues join me in this fight. We're in the fight for life together.

Republican Study Committee Chairman Jim Banks (R-IN) circulated such a letter in the House. On Tuesday, as Townhall reported in an exclusive, Rep. Julia Letlow (R-LA) became the 201st member to sign.

Calls to protect Hyde are a regular occurrence in the House. Republicans are engaged in an "18 Days for H.R. 18," with H.R. referring to Rep. Chris Smith's (R-NJ) No Taxpayer Funding for Abortion Act. It was blocked 219-208.

Many members spoke in support of Hyde and H.R. 18, including, as Madeline reported, Rep. Elise Stefanik (R-NY), the House Republican Conference Chair, who recently announced she is pregnant with her first child.

In the Senate, Minority Leader Mitch McConnell (R-KY) spoke on the floor to condemn the Biden administration for purposefully leaving out such protections.

House Minority Leader Kevin McCarthy (R-CA) frequently speaks about the importance of the Hyde Amendment, including and especially with tweets and retweets. His office has also spread the word about the "18 Days for H.R. 18" effort.

Just as leadership is committed to protecting Hyde, so has leadership seen through Biden's sham of so-called bipartisanship when it comes to the infrastructure bill being tied to budget reconciliation.

Leader McConnell also called out Thursday's duplicitous move from the president on the Senate floor.

Democrat leaders, including the president, have undermined their own negotiators and the Republicans who’ve been negotiating in good faith. They’re holding bipartisanship hostage for partisanship. There’s time for them to get this back on track, but the ball is in their court. https://t.co/fURlut25LR

The Wall Street editorial board was also quick to act, noting on Thursday evening that it was an "Instant Bipartisan Double Cross," with their sub headline reading "Biden and Pelosi hold a Senate deal hostage to the rest of their agenda." The editorial in part reads:

Most politicians at least wait a decent interval to pull a double cross. But Mrs. Pelosi and Mr. Biden are trying to prevent a revolt on the left. So they are now holding a bipartisan deal hostage to the left’s demands. This is political blackmail aimed at Democrats like Joe Manchin and Kyrsten Sinema who are part of the bipartisan Senate Gang of 10: Unless they sign on to all of the progressive tax-and-spend agenda, they won’t get their bipartisan deal. And Mr. Biden and progressives will blame them for the failure.

This is remarkable bad faith even for Washington. We’ll have more to say about the details of the bipartisan deal as they emerge. But Thursday’s comments make clear this exercise isn’t bipartisan at all. The Pelosi-Biden political goal is to use this Senate deal as leverage to jam through the rest of their progressive wish list.

A statement from the ten senators read:

Today, we’re proud to advance this bipartisan proposal to make a historic investment in America’s critical infrastructure needs, advance cleaner technologies, create jobs, and strengthen American competitiveness, without raising taxes. This agreement shows that the two parties can still come together, find common ground, and get things done that matter to everyday Americans. We are happy to have President Biden’s support, and will now get to work enlisting the support of colleagues on both sides of the aisle.

In highlighting the editorial as well as a statement from the ten senators, Must Read Alaska's Suzanne Downing suggested that the latter came "Perhaps before they realized they’d been double-crossed."