BREAKING: It Appears Bipartisan Infrastructure Deal Has Been Reached: 'We're Happy It's Over' 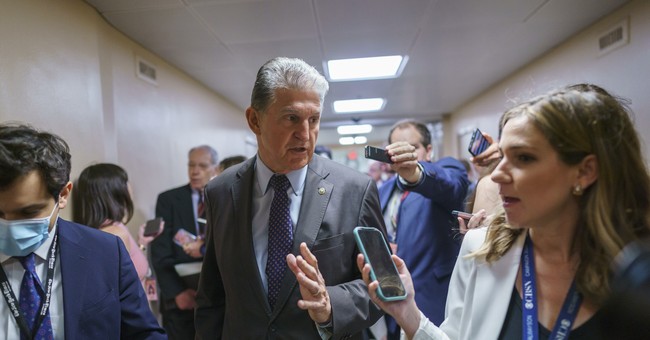 According to CNN's Manu Raju and Newsy's Nathaniel Reed, it appears that a bipartisan agreement has been reached on infrastructure legislation. The deal appears to have been struck by senators as well as White House advisors.

Asked if there is an agreement on a framework, Warner told @morgan_rimmer and added “we would not be going to the White House tomorrow if there wasn’t one”

Romney: “Republicans and Democrats have come together along with the White House, we’ve agreed on the framework and we're going to be heading to the WH tomorrow."
Psaki confirms Biden meeting tomorrow and says they “made progresss towards an outline of a potential agreement.”

"There is a framework on a bipartisan infrastructure package. There's still a lot of details to be worked out,” Collins said. Dem leaders meeting with WH officials now

Per multiple Senators, an agreement has been reached between R’s, D’s and WH advisors on how to pay for a trillion-plus dollar infrastructure plan.

Next stop, whether the plan gets Biden’s direct approval tomorrow. https://t.co/fumPq4oz6J

According to Sen. Manchin, a framework has been reached with all the bipartisan Senators in attendance, plus White House advisors Steve Ricchetti and NEC Director Brian Deese.

Sens. Mitt Romney (R-UT) and Joe Manchin (D-WV) were particularly chatty with reporters and with each other.

Senator Mitt Romney pats Joe Manchin on the arm before driving off from the Capitol into the sunset.

Moments before, both told reporters a framework agreement has been reached on how to pay for a bipartisan infrastructure plan currently supported by 11 GOP and 10 Dem Senators. https://t.co/ytYgyBitUC pic.twitter.com/kVxRBK2ztu

The White House confirmed "an outline of a potential agreement" on Thursday evening with a brief statement from Press Secretary Jen Psaki:

White House senior staff had two productive meetings today with the bipartisan group of Senators who have been negotiating about infrastructure. The group made progress towards an outline of a potential agreement, and the President has invited the group to come to the White House tomorrow to discuss this in person.

Should the legislation manage to pass the U.S. Senate with the required 60 votes, it will prove that the filibuster can remain. Many on the left have been particularly rabid in their disdain for the filibuster. So far, though, Sen. Manchin, in addition to his Democratic colleague Sen. Kyrsten Sinema from Arizona, have stood strong in their opposition to get rid of it.

The senators will meet with the White House tomorrow.

Next stop, a meeting at the White House tomorrow!