Liz Crokin is an award-winning author, a seasoned journalist and an advocate for sex crime victims. Liz began her journey at the University of Iowa where she received a bachelor’s in journalism and political science. She took advantage of living in the first-in-the-nation caucus state to work on John Kasich and George W. Bush’s presidential campaigns. Her experience landed her an internship working for Bill O’Reilly at Fox News Channel and then to Washington DC where she interned for the State Department’s White House Correspondent which planted her in the White House daily.

After 9/11, Liz moved to Chicago to cover crime and politics as a reporter for the City News bureau at the Chicago Tribune. In 2003, Liz debuted her own column in the RedEye Edition of the Chicago Tribune. She covered several high-profile politicians and celebrities -- including President Barack Obama and Oprah – and broke dozens of scandalous stories that made national headlines for the next seven years.

In the fall of 2012, Liz found herself hospitalized with hsv-meningitis and the potentially fatal meningoencephalitis. Her devastating illness was the result of a sexual assault. This experience inspired Liz to write her political romantic thriller, Malice. In 2015, Malice won an award at the Hollywood Book Festival. Liz does charity work to help other sex crime survivors and gives speeches based about this life-changing event. Liz continues to freelance write, work as an on-air talent and is currently writing the sequel to Malice and the screenplay version. 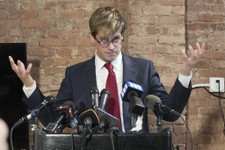 Why the MSM Is Ignoring Trump's Sex Trafficking Busts
By Liz Crokin
Since President Donald Trump has been sworn in on Jan. 20, authorities have arrested an unprecedented number of sexual predators ...
February 25, 2017 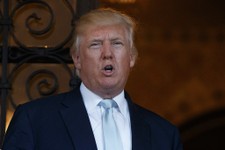 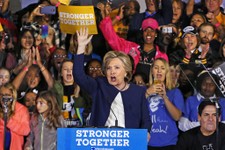 America or Her
By Liz Crokin
This is the first presidential election in my lifetime that is not about the two candidates or Republican versus Democrat. ...
November 05, 2016 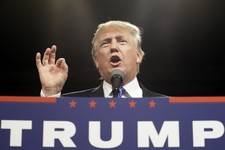 Trump's Deplorable Campaign
By Liz Crokin
Hillary Clinton perhaps made the biggest gaffe of her campaign when she said half of Donald Trump’s supporters fit into ...
October 01, 2016 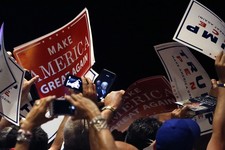 Clinton's Censorship Tactics Aren't Working Against Trump
By Liz Crokin
When I went to my first Trump rally in California earlier this year I noticed two male protestors holding up ...
August 27, 2016
How The Trump Family Became The New Camelot In Four Days
July 23, 2016 |
Trump Does The Unthinkable
July 10, 2016 | 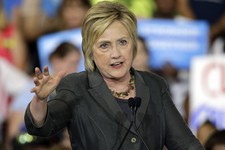 What Every Sexual Assault Victim Needs To Know About Hillary Clinton Before Election Day
By Liz Crokin
There have been great strides made this year for women who have been victims of sexual assault. Authorities arrested Bill ...
June 27, 2016
Commentary Archives
CARTOONS | Steve Kelley
View Cartoon