The James Allen Show is "redefining political talk". While covering many of the same topics that most other radio shows cover, The James Allen Show does so in a different fashion by attempting to bring questions of political theory, ethics, and philosophy to bear on the current political and cultural issues in order to inform, educate, and give perspective to our audience. A presuppositional approach to the issues of the day is the goal, with the idea that if there is agreement on what is more basic, then there can be agreement on what is less basic, and greater unity and preservation of our great Republic can be achieved.

The James Allen Show has partnered with likes of The Heritage Foundation, The Goldwater Institute, and The Hoover Institute and has been blessed to interview many great conservative thinkers such as Walter Williams, Dinesh D’souza, Jonah Goldberg, Mark Stein, Mathew Spalding, Joseph Postell, & Stephen Mansfield, among many others.

The James Allen Show has also received credible praise from Hugh Hewitt, Dennis Prager, and Rep. Thaddeus McCotter as well as being written about in Human Events, Modern Conservative, and Intellectual Conservative. 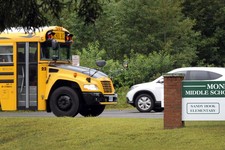 Liberal Guilt, Public Education, My Clear Conscience
By James Allen
A new cornerstone piece on public education by Allison Benedikton on Slate.com titled, "If You Send Your Kid to Private ...
September 01, 2013 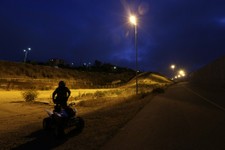 10 Core Issues Liberals Should Start Protesting
By James Allen
1. Borders: Let’s be honest, wars can be settled through diplomatic rational discussion. Foreign policy is just based on fear, ...
June 23, 2013
All Men Can Be Fathers
June 16, 2013 | 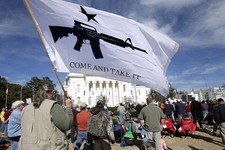 The Toy Gun Buyback Program
By James Allen
Strobridge Elementary School in Hayward, California is hosting a gun buyback program for kids. What a great way to ...
June 09, 2013 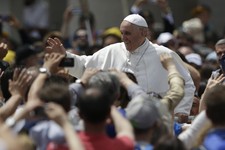 The Truth Would Be Shocking!
By James Allen
How refreshing it is it in life when a misunderstanding or conflict occurs, and the ancient tradition of honesty is ...
May 26, 2013 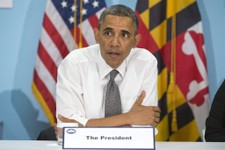 Not Guilty by Reason of Mental Defect and Character!
By James Allen
This week has revealed without a doubt that the Obama administration have three political scandals that the masters of ...
May 19, 2013
Common Sense and Politics
May 12, 2013 | 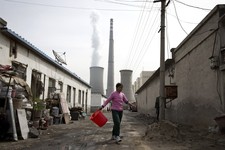 Climate Change Leads to Prostitution? House Resolution 36
By James Allen
House Resolution 36 brought to the floor by Rep. Barbara Lee (D-Cal) outlines the disparate impact that climate change has ...
May 02, 2013
Can Arizona Save America?
October 31, 2010 |
Vote For the Conservative Because They Can Win
September 19, 2010 |

We Are Not Fighting a Physical Battle
By James Allen
Glenn Beck's Restoring America rally was a pleasant surprise. All great leaders have something in common: their belief in a ...
September 05, 2010

We All Need to Assimilate
By James Allen
Arizona’s recent immigration law has made the state both a beacon of states’ rights or a cesspool of racism, depending ...
August 28, 2010
Commentary Archives
CARTOONS | Gary Varvel
View Cartoon