Not Guilty by Reason of Mental Defect and Character! 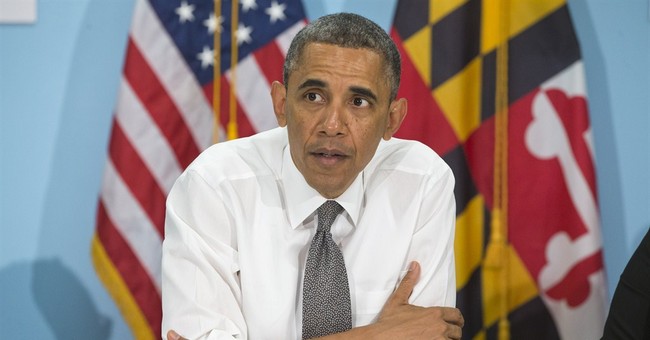 This week has revealed without a doubt that the Obama administration have three political scandals that the masters of spin cannot ignore. To name just one, the information surrounding the terrorist attacks in Benghazi, changing talking points, and leaving four Americans to die, have been labeled by liberals as part of another politically motivated conspiracy theory. Interpreting Benghazi in light of the IRS targeting conservative groups who oppose the President’s agenda, as well the government spying on the Associated Press in the name of national security; conspiracy is not the first thing that comes to mind, but rather political hubris. In politics this is downplayed as political spin, but political spin is just another word for lying. Lying is just another unfortunate and uncontrollable symptom of political hubris, causing the suffering political ideologue to believe that they are telling the “truth”.

Hubris refers to pride and arrogance. Political hubris is pride and arrogance connected with a disconnection from reality, while overestimating ones own competence or capabilities while in power. This will be the historic legacy of President Obama and currently explains his approach to his domestic and foreign policy agendas. The more common or popular legacy he will leave will be one of incompetence. Incompetence is one of the effects of political hubris working itself out in its final stages. This can be seen, as President Obama is more concerned about growing the size of an already large government rather than focusing on current Presidential responsibilities. When this occurs you have a dangerous combination of hubris and incompetence. Obamacare will not cover this disorder.

Incompetence can be found in many places, but as an effect of political hubris you find incompetence in 100 percent of the cases, followed by a complete lack of character revealed by lying. No one likes a liar and calling the President a liar is not offensive, it is just pointing out another symptom of this crushing disorder. For instance, the President being in the late stages of political hubris confusion with statements on Benghazi like, “we have been clear from the beginning that we have been unclear” are becoming more regular. This statement by itself could just be stress or lack of clarity, but when combined with evidence and ongoing talking points on the Benghazi narrative we can now see the President’s complete disconnection from reality as political hubris. President Obama’s disorder would be much more easily diagnosed if the Surgeon General gave as much time and attention to this issue as the Obama Administration has spent spying on the Associated Press or the IRS targeting conservative groups.

Another very common issue with the disorder of political hubris, especially in big government, is that this mental and social disorder is very contagious. We can clearly see this from the Attorney General Eric Holder’s testimony on the scandal surrounding why he authorized the warrants for emails from the Associated Press. A.G. Holder’s answer to the House Judiciary Committee in support of his decision was not only arrogant and prideful, but once again showed a complete disconnection from reality. If the Attorney General supports such a drastic measure for national security, then his answers to Congress should be more than “I do not know…I do not know…I don’t know” when asked to explain himself. Once again, this instance alone could be explained by many other factors, but when seen in the light of New Black Panther Party (NBPP) voter intimidation case, Fast and Furious, and now the AP email scandal, we have all the symptoms of the same disorder infecting the President and most of Washington.

We can only hope that Sarah Hall Ingram, head of the office responsible for tax-exempt organizations that resigned due to the IRS targeting conservative groups is not in the late stages of this crippling disorder. It appears she is infected because instead of having the human reaction of taking responsibility and experiencing humility by truly resigning, Commissioner Ingram is now the director of the IRS Affordable Care Act office. In this position, with power over which citizens to tax for not having health coverage, we can only pray that this disorder allows her to switch from targeting conservative groups to merely taxing citizens who cannot afford health insurance and cannot pay the extra tax. This new focus of targeting poorer Americans should be great replacement therapy for Commissioner Ingram.

While the disorder of political hubris may seem like a laughing matter, it is real. It is as old as human history. When we study Rome, Greece, and military history we find this problem again and again. While political hubris will never be seen as a disease or disorder, we can still recognize it for it is and hold our leaders and ourselves accountable.