The Truth Would Be Shocking! 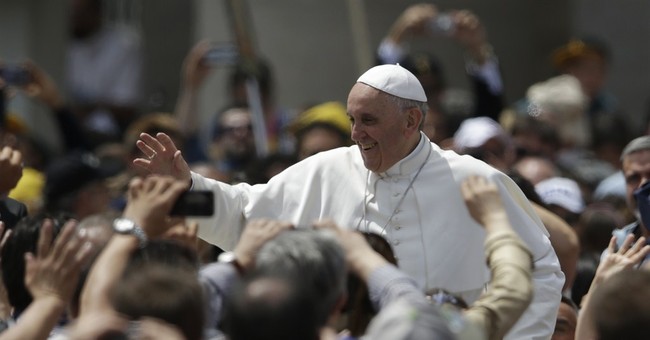 How refreshing it is it in life when a misunderstanding or conflict occurs, and the ancient tradition of honesty is practiced. It is shocking! People just do not believe it and then mistake honesty as character or honor and then praise us for telling the truth. It is one thing to praise a child for telling the truth; it is quite a different matter to praise an adult. In politics and religion, we assume all the time what people are really trying to say as if words are just a coded message we must decipher to get to the truth. Honesty is very closely connected with telling the truth as you might assume, but in a culture where truth is believed to be a personal matter it should not be surprising to us that people have a hard time speaking it. We expect more from our leaders. What people want is integrity. This is the endearing quality of great leadership. The reason our leaders do not just clearly represent their positions or actions is that people cannot handle it. Here are two examples from the news this week that would have shocked the public if honesty and the truth were clearly spoken

The first public outcry would have been over Pope Benedict. The Pope delivered a message during Mass this week stating, "The Lord has redeemed all of us, all of us, with the Blood of Christ: all of us, not just Catholics. Everyone! 'Father the atheists?' Even the atheists? Everyone!" This message could have given the impression that the redeeming power of God covers everyone no matter what they believe. The reason it gave this impression is that this is what the Pope said, which is in conflict with Christianity. It may not have been what he meant, but the Pope is the direct communicator from God to man, so if this was not what he meant, then maybe theologians should be having a different conversation.

Christianity believes that the only way to God is through His Son Jesus Christ. That is what Christianity teaches, and you can wrap it up anyway you want, but this is the truth of the Christian faith. If the Pope meant that the power of Christ has allowed common grace – not redemptive grace – to mankind, and this common grace should lead to good deeds and peace toward men; then why not just say that. The reason is that the truth of the Christian gospel is not a well-accepted public message and would be found offensive. Whether you agree or disagree with Christianity, it would have been a disaster for the Pope to say that the redemptive grace of Christ does not give salvation to everyone and that belief in Christ is necessary. This would have been the Christian message, but it would have also been an offensive concept to our politically correct culture. Maybe the Pope does have direct connection with God, and God told him that the human race can no longer deal with the truth and so it must be dealt with like a dose of antibiotics; a little bit at a time.

Another news story where politically motivated commentary has blurred the ability to honestly speak about a situation happened this week in Arizona. A federal judge this Friday found Sheriff Joe Arpaio guilty of violating the constitutional rights of Latino's using race as a factor for law enforcement during illegal immigration sweeps. The evidence clearly shows that the immigration sweeps occurred. The Latino drivers who were pulled over were detained longer than non-Latino drivers, but the Maricopa County Sheriffs office states that they do not use race as a factor to determine a person’s legal status in the US. This is very puzzling and just seems to be another case where telling the truth is either inconvenient or something people just cannot hear.

How is it possible in the state of Arizona to do an illegal immigration crime sweep and not target Hispanic drivers after they are pulled over? Is it such a shock to our sensibilities that this would occur? Is it prudent to hold every driver to check his or her legal status? The entire situation is problematic because racial profiling was used in these illegal immigration sweeps. It may be morally wrong, but how do we stop people from noticing obvious facts about a person’s race in a state that boarders Mexico? So instead of shocking the sensibilities of the public, and America's toughest Sheriff just telling it how it is, we have another example where the truth cannot be spoken.

Sheriff Arpaio admitted he received calls from concerned citizens regarding people who may have looked like they were in the US illegally and then sent thank you cards personally to these concerned citizens after following up on the tips. Whether you believe that illegal immigration should be enforced by the state or the federal government, or a combination of both, is another issue. Stating the truth, and then speaking honestly, would have been worse in this because political correctness has muted us to obvious facts. It is illegal to base criminal activity on race alone, but it is not illegal to check the immigration status after a crime has been committed.

There are numerous examples in the news and in our daily lives where the truth is really not a priority. We are more concerned as a culture with perception and image than facing hard facts because we feel that they may offend someone. We apply this to our relationships, business, education, poverty, terrorism, religion and much more. It is understandable why we do not speak the truth boldly because we naturally do not want to alienate people. All the same, this problem will just worsen, and we should not be surprised as honesty and truth are changing ideas as the years pass.