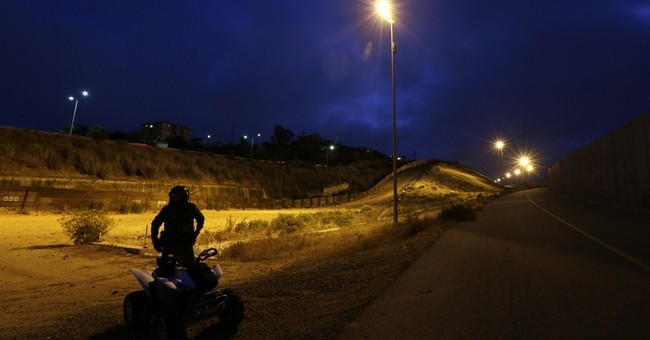 1. Borders: Let’s be honest, wars can be settled through diplomatic rational discussion. Foreign policy is just based on fear, and we all know neo-cons use that fear to get elected. If we just leave people alone, all the money saved on immigration reform and border security could subsidize more time off work to protest, and then Tibet can finally be free.

2. Night Time: During the day the world is full of color and diversity showing the unbridled accumulation of godless evolution and survival of the nicest. The night promotes and expresses the racist notion of everything being black and white. Nothing in this world is black and white, literally or metaphorically, except maybe people and pictures. It will be hard to accomplish the end of night time globally, and at times protesting into the night may be required, but we shouldn’t let the intolerant structure of the solar system hinder the abolishment of this dreary enemy of diversity and metaphorical friend of universal truth sayers.

3. Hispanic Republicans: Republicans are obviously racist. Everyone at the Huffington Post knows this, so once borders are protested and gone, all Latino and Hispanic Republicans can be rounded up and sent to Mexico. Once they are across the old lines of the once sovereign U.S.A. a wall along the border can be built, and strong foreign policy can be reestablished to keep these race traitors out.

4. Books: Books are the last area of non-static, non-changing old communication where people can gain historical perspective on ideas that are still present today, ideas that government cannot legislate. Books are dangerous, and people who read them are worse! People who read lead. It is not enough to just have major influence in public education, school boards, and curriculum anymore; books always have been, and will always be, the real enemy.

5. Urinals: Transgender bathrooms are an important step in the war on human nature, but now urinals must be removed. Urinals make a sexist assumption by assuming that all men on the outside are men on the inside. Urinals, while well intentioned in a less enlightened time, are now nothing more than reflective shaped pieces of porcelain that send a cruel message of insensitivity that the man staring into the urinal may in fact be a woman on the inside.

6. Clothes from 1776: Since the Tea Party is as dangerous as Islamic conservative candidates in Iran, then they must deal with immediately. While conservatives in Iran and America are different -- mainly due to one group wearing funny hats and the other stoning homosexuals -- they do have the same names. So, to achieve this goal the makers of all clothing of silly hats, British looking navel jackets or short white Capri-looking pants, tucked into white socks -- that metrosexuals have brought back into style -- must go! This also includes Dutch looking shoes or anything George Washington might have worn while posing for a portrait.

7. Sperm: Male sperm is at the root of all evil in the word. Sperm causes unwanted pregnancies, gender and economic inequality, and has been waging a war on women since the time of Adam and Eve. Sperm is a needed resource, and it can be safely stored in an energy efficient and environmentally safe manner, then the War on Women can end once and for all. When this goal is complete, the word women can finally be free of oppression, itself, by dropping the word men and liberating women everywhere to the gender neutral name of “wo.”

8. San Diego: Perfect climates like San Diego do more harm to arguments for global warming than good. In Arizona, we have a lot of warming, but here in the desert, we call this summer. In states like Colorado, you will find a lot of freezing, but they do not call it winter, but that is just a culture gap. San Diego, on the other hand, does not have this extreme climate or seasons, and to fix this problem a 24 hour-a-day, 365 day-a-year protest of burning plastic, running SUV's, and farting cows for the next 1,000 years is needed to fix this problem. Hawaii can be dealt with after consulting the President.

9. Budgets: Democrats, Republicans, liberals and conservatives all try to use budgets to control levels of assistance from the government. For far too long budgets have tried to dictate a false reality that people cannot have whatever they want whenever they want it. The American people are sick of not being provided for and are sick of empty promises. Budgets are the cruel lightning bolt of math and people are not a slave to anything, not even numbers.

10. Math: Numbers equal things when you add them together and do not give people the freedom to interpret according to how they feel or according to their own diversity. Math can tell us that things are impossible, and nothing is impossible when two or more are gathered with a few protest signs. Math can confuse people on global warming models. Math keeps late-term abortions outlawed in some states. Math goes after the number of bullets in a gun and not the idea behind a gun. Math is used to number people according to race and gender. Math tells us that classroom diversity actually brings down overall test scores. 2 + 2 may = 4, but if we protest long enough, we can make 2 + 2 = 5 or whatever we want.