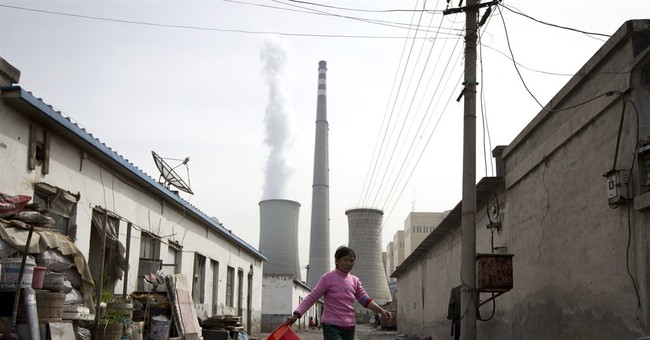 House Resolution 36 brought to the floor by Rep. Barbara Lee (D-Cal) outlines the disparate impact that climate change has on women, which could even drive women to “transactional sex” (prostitution) for survival.

Sponsored by the Committee on Energy and Commerce, the bill cites the United Nations Human Development Report for 2013. The UNHDR states, “that the number of people living in extreme poverty could increase by up to 3,000,000,000 by 2050 unless environmental disasters are averted by coordinated global action.”

According to Rep. Barbara Lee, the overall goal of the resolution is for Congress to recognize the effects on women, and to use “gender-specific frameworks in developing policies to address climate change.”

Prostitution being the world’s oldest profession is now under the threat of regulation by the United Nations as well as the United States through the means of playing around with world’s second oldest profession – politics. The justification by Rep. Barbara Less (D –Cal) is fulfill one of the most UN central organizing principles, “no enduring solution to society’s most threatening social, economic and political problems can be found without the full participation, and the full empowerment, of the world’s women.”

Hurricane Katrina, being attributed to climate change as either a direct or indirect cause is not only incorrect but also irresponsible. To my memory, global warming or rather climate change was not to blame for this disaster, but rather President Bush and Vice President Cheney’s weather machine. Rational persons, not mentally displaced by ideology, would also include poor levy construction, a city constructed below sea level, political scandal, maybe even hurricane season or poor response from government agencies as the cause of displacement not climate change.

Climate change and how it will effect improvised nations food, clean water supplies and lead to political and economic upheaval is not just the fictional work of Al Gore. Preparation for the effects of climate change, which cause climate stress, is a broad assumption within academic journals and within the scientific community that is applied as a factor to face the ongoing problems of poverty, lack of food and water, as well as political and economic stability.

House Resolution 36 seeks to insure gender equality in the process of preparing communities within the U.S. for the impacts of climate change. The reason for the inclusion of women into this process as the resolution states is due to the amount of responsibility as well as the multiplier effect that women have on families and communities. Which is another way to say that women are and always have been the foundation of society when they are not selling themselves for sex.

In reducing “climate stress” on women, I also hope that this bill will allow for a path towards clean and sustainable development, which is the real politicized purpose of this resolution in now connecting climate change to prostitution.