Fred Wszolek is a spokesman for the Workforce Fairness Institute (WFI).

Fred works with clients to define the strategies and messages that will ensure victory. He brings more than two decades of political, creative and issue management experience to his work. From campaign manager in the field to media producer in the studio, Fred has been involved in winning political and issue campaigns since 1984.

Fred is formerly a partner in a Virginia-based national political consulting firm where he provided services to key congressional campaigns in four states. Previously Fred was Director of the Michigan Senate Majority Communications Office. He also worked for a Michigan based PR and political advertising firm, working on issues like workers compensation and auto insurance reform, tax cut proposals and candidate campaigns.

Fred is an innovator in politics. Working with a team of nationally recognized pollsters, Fred helped develop MicroTargeting, the most sophisticated targeting and market segmentation tools available to Republican campaigns in America. In 2002, Campaigns & Elections magazine named Fred one of the Rising Stars of Politics. Fred’s broadcast advertising work for candidates and ballot proposals has been recognized with numerous Pollie, Telly and Communicator Awards. 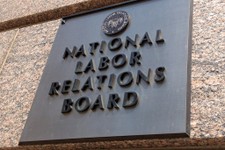 Enabling Micro-Unions is a Dangerous Game
By Fred Wszolek
President Obama’s National Labor Relations Board (NLRB) has showed itself once again to be a strident advocate for the interests ...
July 25, 2014 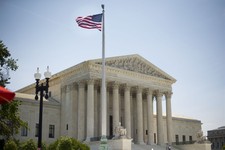 On Recess Appointments, Justice Was Delayed But Served
By Fred Wszolek
The U.S. Supreme Court on Thursday confirmed what many observers both inside and outside the Beltway had long argued: President ...
July 01, 2014 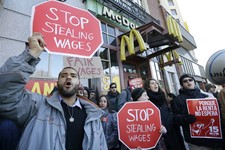 Union Minimum Wage Push is Anti-Business, Not Pro-Worker
By Fred Wszolek
Union protestors are descending on Walmart stores across the country this week as the company’s shareholders meet at their ...
June 04, 2014 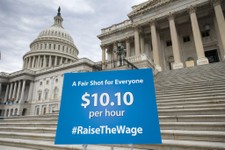 The Real Reason Big Labor Wants a Minimum Wage Hike
By Fred Wszolek
President Obama used a recent weekly address to once again call for an increase in the minimum wage up to ...
May 06, 2014 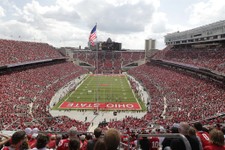 Bureaucrats and Big Labor Be Warned, College Fans Won't Stand for Their Teams' Ruin
By Fred Wszolek
A regional director of the National Labor Relations Board (NLRB) recently ruled that football players at Northwestern University can be ...
April 25, 2014 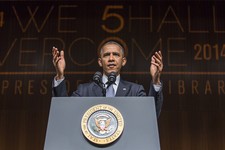 Big Labor Thugs Emboldened by Obama Labor Board
By Fred Wszolek
Racketeering, assault, and extortion -- these are just a few of the crimes that union organizers have been accused or ...
April 12, 2014
Pennsylvania Republicans Join Big Labor In Healthcare Fight
April 01, 2014 | 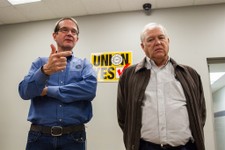 Philly and 'Nooga Remind Dangers of Ambush Union Elections
By Fred Wszolek
Stacked with Obama-appointed bureaucrats back in December 2011, the National Labor Relations Board (NLRB) decided that it was in the ...
March 17, 2014
712 Reasons to Protect the Secret Ballot
February 20, 2014 |
Holy Cow, I Agree With The U.A.W
February 11, 2014 |
SCOTUS to Decide Landmark Recess Appointment Case
January 11, 2014 | 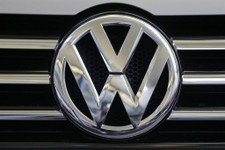 UAW Subverting Secret Ballot in TN
By Fred Wszolek
After bringing America’s automotive industry to the brink of complete collapse, union bosses have set their sights on foreign auto ...
November 21, 2013