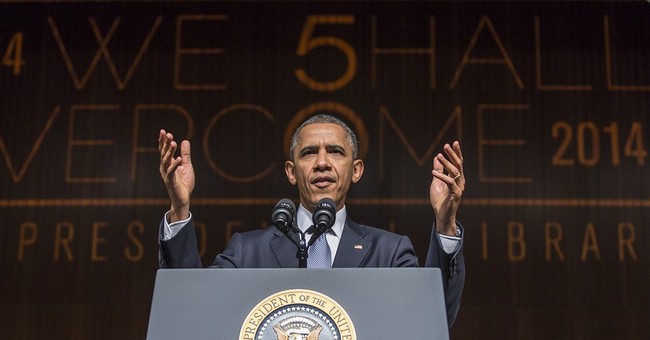 Racketeering, assault, and extortion -- these are just a few of the crimes that union organizers have been accused or convicted of committing over the past few weeks and months.

You would think Big Labor bosses would be concerned with their image and whether or not it affects their ability to maneuver with friends in the Obama Administration. Not so. In fact, they have been emboldened by the actions undertaken by the National Labor Relations Board (NLRB), which is currently seeking to expedite the unionization process so much so that workers and businesses will not be able to make informed decisions concerning the formation of collective bargaining units in their place of employment.

To better understand who stands to benefit from the proposed “ambush” election rule change giving employees and employers less than two weeks to act after union petitions have been filed, while also providing union organizers with the personal contact information of workers, we need to look no further than recent press reports.

The incidents in Philadelphia are demonstrative of a much larger trend and closely resemble events that took place last March when members of the International Longshore and Warehouse Union Local 4 in Vancouver, Washington allegedly assaulted security guards and were charged with “threatening to rape one manager’s daughter and issuing veiled threats to another’s children.” The labor organizers were supposedly employing said tactics merely because they were disgruntled over being locked out of union negotiations.

Similar incidents occurred in Buffalo, where Mark Kirsch, president of the Operating Engineers Local 17, and several other members of the notorious union were guilty of using intimidation to win contracts and punishing those who failed to comply. According to The Buffalo News, “Prosecutors claim the criminal conduct by Operating Engineers Local 17 touched many of the region’s biggest construction projects, including Roswell Park Cancer Institute and Ralph Wilson Stadium, and added millions of dollars to the cost of those projects.” Remarking on the union’s tactics, FBI special agent Boetig said, “The union members who pleaded guilty and were found guilty in this case made honest working people go to work in fear of being stabbed or assaulted...”

The use of violence and fear is nothing new for union bosses, but with Obama’s Labor Board now seeking to change workplace election rules that have adequately served both unions and employers for decades, it is likely instances of coercion and intimidation will only increase. This is best exemplified by the provision in the proposed rule which goes beyond the status quo which currently allows labor organizers to gain the home address of workers, and seeks to also provide them access to various phone numbers and email addresses. This information will only serve one purpose: facilitate the harassment of employees.

Fortunately, while the executive branch appears to be in the back pocket of Big Labor bosses, the legislative branch is advancing common sense measures to stop the Obama NLRB from hurting American workers and business owners. Just this past week, the U.S. House Committee on Education and the Workforce sought to move forward with legislation addressing the “ambush” election rule change. The House Committee is considering two bills, namely the Workforce Democracy and Fairness Act (H.R. 4320), and the Employee Privacy Protection Act (H.R. 4321).

The Workforce Democracy and Fairness Act, among other things, provides workers with the opportunity to make a fully informed decision and ensures union elections will not be held in less than 35 days. The Employee Privacy Protection Act, among other things, affords employees the chance to select the safest and easiest method to communicate with labor organizers.

It is a sad day when we need one branch of government to protect us from the actions of another as it seeks to facilitate conduct that threatens the safety and peace of mind of citizens. Yet, under the Obama Administration, that’s exactly what’s happening. Let’s hope the Congress acts and forces President Obama to publicly choose between America’s workers or Washington’s labor bosses.