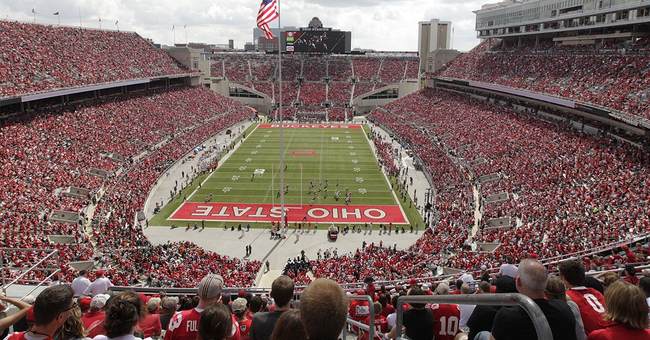 A regional director of the National Labor Relations Board (NLRB) recently ruled that football players at Northwestern University can be considered university employees and are therefore entitled to unionize. The university has appealed the decision, but the football players themselves are scheduled to vote as early as today on whether or not to join a union calling itself the College Athletes Players Association, which was itself formed in January.

While it’s too early to tell exactly what will transpire at Northwestern, it’s clear that Big Labor bosses and their NLRB allies will not easily abandon this latest crusade – at least not as easily as they backed down from their fight to forcibly unionize Volkswagen workers at the Chattanooga, Tennessee plant. The prospect of wringing union dues from college athletes (read the universities themselves) all across the country is just too tantalizing for them to resist. And make no mistake: this is hardly a grassroots effort by campus idealists. CAPA’s efforts are being underwritten by the United Steelworkers (USW), one of the biggest unions in North America. If union bosses come to the National Collegiate Athletic Association (NCAA), it’s Big Labor, not the student athletes, who will emerge the winners.

Since the outcome of Northwestern’s appeal – and the players’ own vote – is still uncertain, all we can do is speculate on what the NCAA might come to look like if labor bosses gets their way. Trying to envision unionized college athletics starts to get complicated fairly quickly, especially considering the relatively-recent phenomenon of “micro-unions.” Micro-unions form when a small group of employees within a business join a union on their own, apart from the workforce as a whole. Since 2010, when the NLRB issued a decision allowing the practice in the Specialty Healthcare case, micro-unions have proliferated. Workers in the women’s shoe department at Bergdorf Goodman stores have formed one, as have cosmetics salespeople at Macy’s. This can lead to multiple unions springing up in a single workforce, and can cause friction within and between workers in the various divisions of a business.

Imagine, for instance, that the Northwestern team votes against joining the union. Could the offensive line then decide to form their own micro-union? If the NLRB’s track record is any indication, they’d likely allow it. What then? Could the offensive line decide to go on strike to hold out for bigger lockers, forcing the rest of the team to take the field without them? Time-honored, character-building competition could become an absurd – and indeed quite dangerous – farce. Without a center, the quarterback would have to snap the football himself, only to be pummeled time and again by the opposing team’s defenders in the absence of any blockers. He’d be lucky to be able to stand after one drive, let alone complete a pass.

Micro-unionization means multiple unions can be present in the same workplace. What if multiple unions were represented within a college football team? Maybe all of the receivers would vote to join the College Athletes Players’ Association – supported by the United Steelworkers – and all the special teams players would instead choose a union backed by the United Automobile Workers (UAW). What would happen to a wide receiver who also returned punts for the special teams unit? Would he be forced to pay dues to both unions? Would he be subjected to threats and intimidation if UAW or USW bosses thought he spent too much time practicing with his “other” squad? There’s another important question: who would truly run these teams, the coaches or the union bosses?

Micro-unions could create difficulties for other NCAA sports as well – not just football. What if all the guards on the University of Connecticut’s championship basketball team decided to form a micro-union? What if the goalies on the Clarkson University women’s ice hockey team – who this year won their school’s first NCAA championship in any sport, ever – unionized and went on strike, who would protect the net?

Of course, some of these scenarios may seem far-fetched, but the NCAA is brand-new territory for Big Labor, and nothing is really all that surprising coming from this so-called “independent” agency anymore. With the partisans on President Obama’s Labor Board clearly ready to defend the absurdity of micro-unionization in other workplaces, there’s no telling what might happen on sports teams across the country. Government bureaucrats doing the bidding of Big Labor should be warned, folks hold sacred their college sports teams and won’t stand for their ruin.

Robert Hyde: I was climbing volcanoes in Ecuador when I sent those texts about surveilling Yovanovitch to Lev Parnas
Hotair
Checkmate, Chuck: Lindsey Graham Has Some Sour News for Schumer On His Impeachment Plan
Redstate