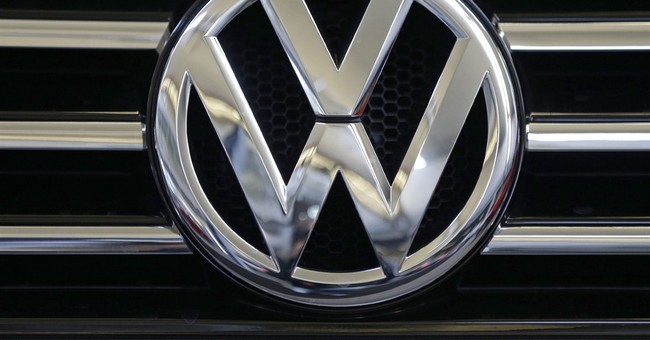 After bringing America’s automotive industry to the brink of complete collapse, union bosses have set their sights on foreign auto companies with manufacturing plants in the United States, specifically targeting Volkswagen’s plant in Chattanooga, Tennessee.

The United Auto Workers (UAW) has launched a concerted effort to unionize the Chattanooga plant’s workers, but have decided to strategically use non-traditional methods to obtain unionization. Last month, UAW representative Gary Casteel poignantly told The Tennessean, “We are not seeking a vote necessarily … We know if we go for a traditional election where the outside organizations could campaign against us, we’d probably lose.”

Normally, a company’s workers would vote in a secret ballot election to determine union representation, but the UAW has taken an approach that circumvents the democratic process and a fair election by utilizing a process known as card check. Under card check, workers show their support for unionization by signing a membership card, often in the presence of labor organizers, meaning they are often pressured and coerced, as opposed to voting their conscience without fear of reprisal.

As Casteel’s comments suggest, there are a number of inequities in this process. Union workers can approach employees and harass or mislead them into signing a membership card. As a result, workers are often susceptible to intimidation tactics and sometimes even outright lied to. Additionally, card check exposes the names of the workers that dissent or oppose unionization, which can lead to retaliation by disgruntled employees in the workplace or by union organizers outside of it. For this very reason, America’s workplace democracy relies on a longstanding tradition of a secret ballot.

Sadly, many of the aforementioned problems have plagued the plant in Chattanooga, so much so that a number of Volkswagen’s employees have taken issue with the UAW’s campaign, according to several media reports. Various plant workers recently filed charges with the National Labor Relations Board (NLRB) alleging that the UAW tricked them into signing union cards. The plant workers claim that labor organizers incorrectly told them that by signing the cards they would merely be supporting a secret ballot vote, when in reality they had just consented to union representation.

After learning that they had been deceived into signing these union cards, the workers attempted to retract their support but were met by obstacles that made it difficult to do so. For instance, these employees were told that the only way they could withdraw their support would be to physically appear at a labor office, where they would surely be met by upset union representatives eager to change their minds. This entire process has been dogged by several other suspicious actions, such as allegations of organized labor counting invalid cards that are outdated.

Volkswagen deserves credit for employing an American workforce, but in the United States, we are the home of the secret ballot and demand fairness and even-handedness in our workplace elections, and will settle for nothing less. In recent years, Americans have become aware of the pitfalls of unionization, so much so that labor bosses are now admitting that they can’t win a fair fight with an informed electorate in the workplace. The livelihood of unions bosses are now at stake, which is why they have resorted to waging a campaign of misinformation that relies on dirty tactics and hurts the same people they intend to represent.

Volkswagen has a clear obligation to its workers. Now that the UAW has admitted that they would lose a secret ballot election, Volkswagen's workers deserve an opportunity to prove the union bosses right.