On Recess Appointments, Justice Was Delayed But Served 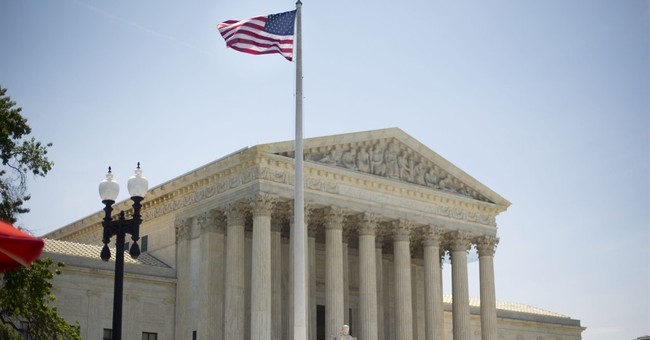 The U.S. Supreme Court on Thursday confirmed what many observers both inside and outside the Beltway had long argued: President Obama’s three controversial “recess” appointments to the National Labor Relations Board (NLRB) in January 2012 were, in fact, unconstitutional. This unanimous decision sends a strong message to the executive branch: President Obama cannot violate the Constitution and bypass the Senate’s responsibility to provide advice and consent in order to stock the NLRB with his hand-picked, pro-labor appointees and expect to get away with it. Justice may have been delayed, but on Thursday it was finally served.

The case that eventually found its way to the Supreme Court began in a dispute over a collective-bargaining agreement at the Noel Canning Corporation, a Pepsi distributor in Yakima, Washington. The NLRB ruled against Noel Canning, which then challenged the Board’s decision in court on the grounds that three of its members had been improperly appointed. The invalidation of three members of the five-member NLRB would mean the absence of a quorum, and therefore that the Board could not actually exercise its power.

Noel Canning’s grounds to challenge the NLRB ruling was born from the controversial nature of the President’s appointments of Sharon Block, Terence Flynn and Richard Griffin to the Board on January 4, 2012. At the time, the Senate had not been operating at full capacity since December 17, 2011 and would not return in full until January 23, 2012. They had, however, been holding pro forma sessions – gaveling-in for brief periods – on Tuesdays and Fridays as a maneuver specifically to block recess appointments such as these, which has been employed against both Republican and Democratic presidents.

This is the same process that then-Senator Barack Obama, a former constitutional law professor, understood would be a bar against then-President Bush making recess appointments that Senate Democrats objected to.

President Obama decided to act anyway. He appointed Block, Flynn and Griffin to the Board without Senate approval by invoking the Recess Appointments Clause of the Constitution, which gives the President “power to fill up all vacancies that may happen during the recess of the Senate.” The constitutional question with which the Supreme Court wrestled in the Noel Canning case centered on the exact nature of a Senate recess, and as such, when exactly a president’s appointments would be valid under the Recess Appointments Clause.

The conclusion the Court came to was relatively simple. In his majority opinion, Justice Stephen Breyer wrote that when it came to satisfying the Recess Appointments Clause, “the Senate is in session when it says that it is.” That being the case, the pro forma sessions in late December 2011 and early January 2012 counted as actual Senate sessions, and the three-day period between pro forma sessions of which President Obama took advantage to make his NLRB appointments did not count as an actual recess. “Three days is too short a time to bring a recess within the scope of the Clause,” Breyer wrote, “so the President lacked the authority to make those appointments.”

The consequences of the Supreme Court decision are significant as all of the decisions, like the Noel Canning case, rendered by NLRB during the period in which the now-invalidated appointees served are likely illegitimate. The Wall Street Journal reported that 436 such decisions were made between January 31, 2012 and July 16, 2013, by which point all three of the appointees in question had resigned from the Board.

President Obama has used the NLRB as a tool to advance the interests of his Big Labor allies for far too long. The reasons for his actions are clear as he received hundreds of millions of dollars in political support from them for his 2008 and 2012 campaigns. But it’s hard to believe a constitutional lawyer and former Senator like President Obama gave so little consideration to the shaky ground surrounding his actions under the Recess Appointments Clause. In a textbook example of the check-and-balance system on which our government is based, the judicial branch held the executive accountable. So raise a glass of Pepsi to toast the Noel Canning decision – and here’s hoping for closer NLRB scrutiny in the future.