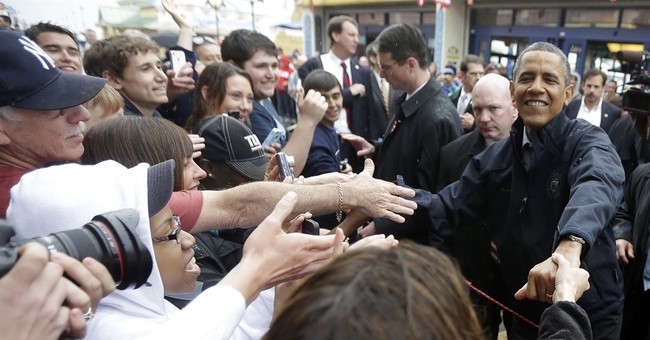 In recent days, Americans have been taken aback by the actions of taxpayer-funded, government bureaucrats at the Internal Revenue Service (IRS) who have targeted individuals and groups with whom they disagree with politically. It’s the sort of conduct one would expect to read about in other countries, but certainly not the United States.

Whether it’s requiring individuals and groups to provide unnecessary or proprietary information or how that information was used, the rights of Americans and their privacy were violated. To hear the Obama Administration, one would think this is an isolated event which is not at all reflective of their values or conduct. Unfortunately, this is simply inconsistent with the facts.

In fact, the IRS is even facing a class action lawsuit which alleges more than 60 million personal medical records were improperly seized by representatives of the federal agency.

If there’s one thing we know, Americans value their privacy and the confidential nature of information related to their lives and that of their families. But that same concern has not been exhibited by the Obama Administration. Along with the reckless actions of the IRS, another example is presented in the track record of the National Labor Relations Board (NLRB).

In 2012, in an interview with The Associated Press, the Board’s Chairman Mark Pearce stated he intended to “requir[e] businesses to hand over lists of employee phone numbers and emails to union leaders before an election.”

Why would union bosses need access to personal worker contact information? What right do they have to that information? Was the employee information provided to the employer with the expectation that it would be disseminated to others or used only when necessary, for instance, in emergency situations?

I think all of us know the answers to these questions. No one provides their mobile phone numbers or personal email addresses to their boss with the expectation he will share them with outside groups, particularly those engaged in persuasion campaigns.

How will labor bosses use that information? History is prologue in this matter. There is no other purpose for union organizers to have this information other than to initiate contact outside the workplace with employees they are seeking to organize.

Consider what we know. Labor organizers have routinely showed up at people’s homes when attempting to unionize a business. They even pay folks a visit on weekends. They send emails. They call workers incessantly, whether they’re on the way to work or have just arrived home.

Most people would view this as a gross violation of their personal space. They would see this for what it is, intimidation and bullying. Yet Chairman Pearce is not at all concerned with the ramifications of his actions. He doesn’t seem to care that moms and dads will have to deal with the unnecessary aggravation of labor organizers contacting them using personal contact information obtained because a government bureaucrat decided to reward his former clients – union bosses.

What is striking though is how the Obama Administration has demonstrated little to no regard for the privacy of our nation’s citizens. Time and again, federal agencies have abused the rights of people and misused their information.

For those watching the developing news concerning the IRS, they should be appalled, but not at all surprised. Under this President, the conduct we are watching has not become the exception, but the rule. Whether it’s President Obama’s IRS or NLRB, both place politics and special interests above the rights and safety of the American taxpayers who are paying their salaries.