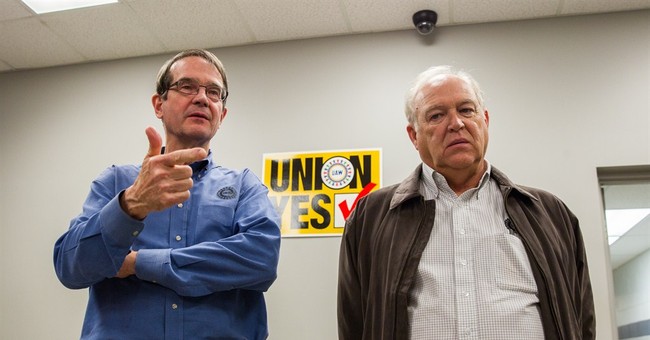 Stacked with Obama-appointed bureaucrats back in December 2011, the National Labor Relations Board (NLRB) decided that it was in the best interests of labor bosses to severely diminish the window of time for workplace elections to just a few weeks. This, after it was well established that the vast majority of union elections in the private sector take place within 38 days with labor winning significantly more than half.

Known as the “ambush” or “quickie” election rule, it guaranteed that workers would only hear the union story during workplace elections.

As soon as the NRLB announced its proposed rulemaking, it was immediately derided by the business community at-large. Employers from across the country submitted comments opposing the rule change stating that they would no longer have adequate time to inform their employees on the effects of unionization prior to an election. After receiving approximately 65,000 comments, most of which opposed any change, the NRLB did not relent, instead moving forward and ignoring the concerns of employers.

The government’s one concession was removing a provision that sought to provide union organizers the personal contact information of employees, which could have been used to intimidate and harass workers during workplace elections.

The only reason the rulemaking proposed in 2011 did not result in new U.S. government policy is that a district court judge determined that the process the NLRB undertook was not lawful as the agency never had the required quorum.

With that knowledge, the Obama Labor Board decided earlier this year to once again push for ambush elections, but this time, they seem intent on writing a policy that not only expedites workplace elections in such a fashion that employees are pressured into making a decision, but also providing union bosses with the private contact information of those they seek to organize.

To gain a better understanding of what this rule might mean to workers and small businesses, one only needs to travel north from the nation’s capital to the City of Brotherly Love, Philadelphia, Pennsylvania.

It was recently reported in The [Philadelphia] Inquirer that a local union official, named Ed Sweeney, was charged with “harassing, stalking, and making terroristic threats against a construction executive.” Labor thugs went as far as taking photos of the construction executive’s children, aged eight and eleven, at a bus stop and this was all brought on merely because the construction company chose to utilize a mix of union and non-union workers. Now imagine you are a worker in a business that labor wants to organize and they have a few weeks to do it and are freshly armed with your home address, phone number and email address.

Ask yourself: do you want these people to know your home address, home phone number, cell phone number and email address?

The NLRB is practically sanctioning this type of behavior by expediting these elections and disallowing important matters such as the size and scope of the bargaining unit and eligibility of workers to participate in the vote to be determined before the actual election takes place.

Unless the Obama Labor Board wants incidents like those unfolding in Philadelphia to arise all over the country, it should reconsider its proposed rule and, but for a number of worthwhile ministerial changes it is proposing, maintain current election procedures which have served both business and labor well over many decades