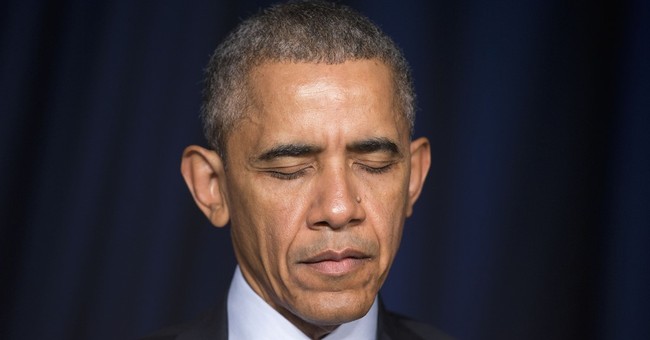 As New Hampshire voted last night, some groundbreaking news also dropped: the Supreme Court intervened and blocked a key provision of Obama’s clean energy plan from being implemented. It’s a reversal from the rather disheartening news that emanated from the D.C. Court of Appeals last month. In that decision, the court refused to stay the implementation of the carbon regulations, but agreed to hear arguments on the legality of the plan as early as June–and indication that the jurists understand this is a pressing issue. The Supreme Court stay doesn’t mean that the plan is unconstitutional, but it does indicate that the majority thinks the president’s environmental agenda could cause irreparable harm, according to Politico:

The decision to grant the stay is no guarantee the justices ultimately will strike down the rule, but the development is a bad sign for EPA’s chances, and the agency's foes quickly cheered the news, with West Virginia Attorney General Patrick Morrisey calling it a “great victory.”

“We are thrilled that the Supreme Court realized the rule’s immediate impact and froze its implementation, protecting workers and saving countless dollars as our fight against its legality continues,” he said in a statement.

The White House vowed that the rule, known as the Clean Power Plan, will survive, saying it “is based on a strong legal and technical foundation."

“We remain confident that we will prevail on the merits,” press secretary Josh Earnest said in a statement late Tuesday night, adding that "the administration will continue to take aggressive steps to make forward progress to reduce carbon emissions.”

The Supreme Court issued its short order putting the rule on hold at the request of states and companies that had asked the high court to intercede early — even though a lower court had already declined to do so.

The ruling was on a 5-4 vote, with Justices Ruth Bader Ginsburg, Stephen Breyer, Sonia Sotomayor and Elena Kagan — the court's liberal wing — lining up against staying the rule.

Environmentalists quickly downplayed the stay, noting that it did not come to any conclusions about the legality of the rule itself.

"The Clean Power Plan has a firm anchor in our nation’s clean air laws and a strong scientific record, and we look forward to presenting our case on the merits in the courts," said Vickie Patton, the Environmental Defense Fund's general counsel.

The justices did not explain their decision, but the order indicates they believe the rule threatens imminent and irreparable harm.

The overall goal of the Clean Power Plan is to reduce carbon emissions by at least 30 percent by 2030 from 2005 levels. It’s become a regulatory battle between governors, states, and the Obama administration that’s just as contentious as the fight over Obamacare. States have until September to file their blueprints for how they will accommodate the new regulations, but this will disproportionately impact rural Americans, red states, and fixed-income seniors. Governors in Wyoming and North Dakota have already made the case that they need more time to find ways to accommodate the new regulations without cannibalizing their own economies.

It’s one of the most underreported issues on the 2016 trail, which is an atrocity in itself since the impact of these regulations would mean massive increases in energy costs for millions of Americans. In West Virginia alone, they’re projected to see electricity costs spike 20 percent if this plan is implemented. A majority of states, along with Democratic and Republican attorneys general, have filed lawsuits against the plan.

The Environmental Protection Agency’s ozone regulations alone have reportedly cost us $56.6 billion in lost wages and 242,000 jobs between 2008-2013. In all, Obama’s war on coal (and American energy) is projected to cost us 125,800 jobs and $650 billion in GDP over a ten-year period. It’s a good thing that the Supreme Court stepped in to avert the economic catastrophe that’s upon us with this administration’s half-baked, and reckless, agenda to curb so-called climate change.

Oh, and these new regulations potentially could gut millions of jobs from black and Hispanic communities. It is one of the policies that made 2015 a record year in government regulations, along with the added notion of being constitutionally reckless.

The Supreme Court may have let conservatives down on Obamacare, but they’re doing the right thing (so far) in this case. Bravo, folks.