The EPA Has A 'Constitutionally Reckless Mission' 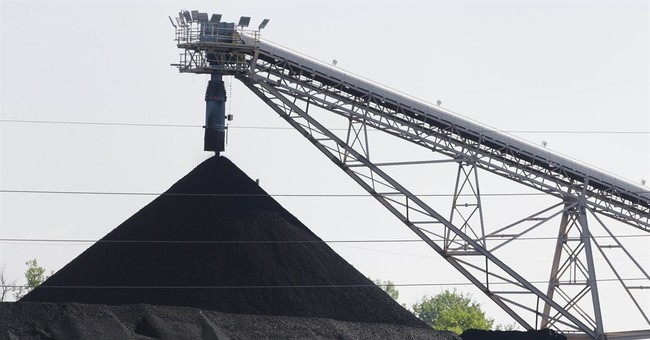 The EPA is out of control. Conservatives and free market enthusiasts have known this since Barack Obama moved into the White House. Last week, the Obama administration unveiled their new regulations on fracking, which aim to prevent water contamination in the process of extracting natural gas. Yet, no federal study has been able to link hydraulic fracturing–which has been around since 1947–with tainting water supplies. In 2012, the EPA tested the water in Dimock, PA, the epicenter for the “fracking poisoned my water” narrative, and found that there was really nothing wrong with the water:

“Our goal was to provide the Dimock community with complete and reliable information about the presence of contaminants in their drinking water and to determine whether further action was warranted to protect public health,” said EPA Regional Administrator Shawn M. Garvin. “The sampling and an evaluation of the particular circumstances at each home did not indicate levels of contaminants that would give EPA reason to take further action.”

Regardless, the new fracking regulations will be implemented this June (via USA Today):

The Obama administration said Friday it is tightening rules on fracking with regulations that it says will preserve the oil and gas extraction method while protecting water supplies and the environment.

The new rules, which take effect in June, require oil and gas companies to disclose the chemicals they use in hydraulic fracturing and to build large barriers to shield nearby water sources.

In announcing the new rules, Interior Secretary Sally Jewell said current well-drilling regulations are more than 30 years old, "and they simply have not kept pace with the technical complexities of today's hydraulic fracturing operations."

Among the new rules, according to the Interior Department:

Of course, there are some, especially in the oil and gas industry, who find these regulations “redundant” (via NRO) [emphasis mine]:

The new requirements largely seek to prevent water contamination, even though numerous credible studies — including those conducted by the federal government – have failed to find a connection between fracking itself and groundwater contamination. Even former EPA head Lisa Jackson had to repeatedly admit this, as did Department of Energy secretary Ernest Moniz. Water contamination can occur when something goes wrong at a fracking site – for instance, when a well’s casing leaks or when a worker accidentally spills something above ground. Even so, states have already set up their own rules to ensure that energy companies operate safely and responsibly. In the 31 states where fracking occurs or could occur, the Center for Energy and Climate Economics found that “casing and cementing depth regulations are among the most homogeneous in our study; 29 of the 31 states have some form of regulation, and one of those that does not has little or no actual drilling.” In other words, states have already established rigorous standards for well construction.

Also, fracking fluids are far less scary than environmental activists want Americans to believe. A major study released last November by the University of Colorado Boulder found that the chemicals in fracking fluids were also used, to little fuss, in toothpaste, laxatives, detergent, and ice cream. These much-maligned “chemicals” are extremely diluted, with 99.95 percent of fracking fluid consisting of water and sand. Both a Halliburton executive and Colorado governor John Hickenlooper drank a glass of it, to no effect.

The EPA is already pushing regulations, some call “the most expensive ever,” that are part of the overall regulatory juggernaut by this administration that carries a hefty price tag of $1.9 trillion for 2015.

The EPA’s ongoing war on coal is another example of a government agency run amok. Some local papers have given grim pictures of the effects of Obama’s war on coal against the tens of thousands of families who make their living mining coal. Concerning railway transportation companies, nearly 22 percent of their revenue in 2012 derived from transporting coal. Seventy percent of coal transported by rail is delivered to coal plants, of which hundreds are in the cross hairs. Yet, with the increase in natural gas production, that revenue stream could continue to decline. Still, these new regulations on coal and fossil fuel emissions threaten American jobs.

The final tally for fines for Duke Energy's 2014 coal ash spill in the Dan River will come to over $100 million. This is more than ten times than the final bill to the Tennessee Valley Authority for their 2008 spill, which was the largest in history and twenty-eight thousand times larger and far more dangerous than the Dan River spill.

Why the difference? It might be because the Tennessee Valley Authority is owned and operated by the federal government, while Duke Energy is the largest private energy utility in the United States.

Watchdog.org energy reporter Rob Nikolewski investigated the case and found out that the federal government doesn't want to talk about the discrepancies. The Environmental Protection Agency, which levied zero fines against the TVA, merely stated in boilerplate that fines assessed are "based on many factors," without getting into specifics.

The Department of Justice, which organized the settlement with Duke Energy, refuses to return inquiries.

Glass noted that a federal investigation was required for these two accidents, but the Duke Energy case shows how arbitrary government can be regarding accountability.

Yet, with a Republican Congress, maybe there will be some pushback against the EPA’s agenda. Senate Majority Leader Mitch McConnell of coal-rich Kentucky is leading the charge in stopping the new EPA regulations from taking effect by entangling them in legal disputes (via NYT):

Once enacted, the rules could shutter hundreds of coal-fired plants in what Mr. Obama has promoted as a transformation of the nation’s energy economy away from fossil fuels and toward sources like wind and solar power. Mr. McConnell, whose home state is one of the nation’s largest coal producers, has vowed to fight the rules.

Since Mr. McConnell is limited in how he can use his role in the Senate to block regulations, he has taken the unusual step of reaching out to governors with a legal blueprint for them to follow to stop the rules in their states. Mr. McConnell’s Senate staff, led by his longtime senior energy adviser, Neil Chatterjee, is coordinating with lawyers and lobbying firms to try to ensure that the state plans are tangled up in legal delays.

On Thursday, Mr. McConnell sent a detailed letter to every governor in the United States laying out a carefully researched legal argument as to why states should not comply with Mr. Obama’s regulations. In the letter, Mr. McConnell wrote that the president was “allowing the E.P.A. to wrest control of a state’s energy policy.”

The new rule aims to reduce carbon emissions by 30 percent by 2030. The Times also noted that McConnell also has legal help emanating from Laurence H. Tribe, a constitutional scholar from Harvard Law School and Obama's former law professor, who says Obama’s use of the Clean Air Act to implement these new regulations is unconstitutional. In his March 17 testimony to Congress about these new regulations, he said the “EPA is off on a constitutionally reckless mission.”

“This submissive role for the states confounds the political accountability that the Tenth Amendment is meant to protect,” Tribe said in his remarks. “EPA’s plan will force states to adopt policies that will raise energy costs and prove deeply unpopular, while cloaking those policies in the Emperor’s garb of state “choice” – even though in fact the polices are compelled by EPA.”

The Hill reported Tribe didn’t convince everyone on the committee.

Rep. Jerry McNerney (D-CA), who believes in global warming, said, “I know the coal producers are worried about this, but my advice to them is to embrace carbon sequestration.”

Would Jerry be so bold to say that to the tens of thousands who are at risk of losing their jobs?