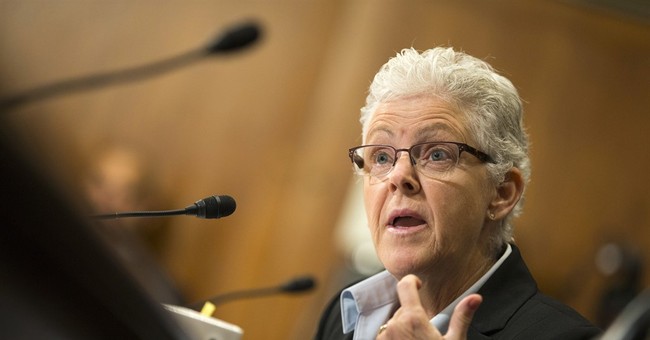 Obama’s Clean Power Plan (CPP) is facing some opposition from his own party in Kentucky and Missouri. The ambitious green energy plan aims to cut greenhouse gas emissions by at least 30 percent from 2005 levels by 2030. It’s a regulatory nightmare that will hurt millions of Americans, especially those in rural areas and living on fixed-incomes. It will impact Americans’ electrical costs, and possibly gut millions of jobs within the black and Hispanic communities. Also, states that didn’t vote for Obama in 2012 are disproportionately impacted. In Missouri, the Clean Power Plan was projected to cost the state $6 billion by 2030, which is why Attorney General and Democratic gubernatorial candidate Chris Koster has planned to join other states suing to block these regulations

The state’s utilities, including Ameren Missouri, had urged Koster to join the states — most of them Republican-led — fighting the rules. Koster, the only Democrat running for governor in Missouri, has sued the EPA over other recent regulations, including the controversial “Waters of the U.S.” rule strongly opposed by large agricultural interests.

Koster made the announcement Friday in a speech at a meeting of rural electric cooperative members in Branson. He argued that the state’s businesses rely on lower-cost energy and costs would rise under the EPA’s rules, which would shift Missouri’s heavy reliance on coal power to renewables and natural gas.

“The EPA’s Clean Power rule effectively eliminates Missouri’s competitive advantage as a low energy-cost state,” Koster said according to a transcript of his speech released Friday.

In Kentucky, Democratic gubernatorial candidate and current Attorney General Jack Conway remains pro-coal. In his 2010 senate bid ended in defeat to incumbent Republican Sen. Rand Paul, but both men ran in support of mountaintop coal mining. He even has his pro-coal record on his campaign website. This year, he signed a letter, with other state attorneys general, to EPA Administrator Gina McCarthy noting that the new ozone regulations are set at an “unachievable” level for his state.

The Environmental Protection Agency is giving states until September of 2016 to draft strategies to curb their emissions based on CPP’s goals. Some states have sued to delay the deadline, though, in September, the D.C. Court of Appeals rejected the petition. Nevertheless, relating to blocking the EPA’s increased power, Sixth U.S. Circuit Court of Appeals recently blocked the latest regulation that would have bright more waterways under federal control.

Regardless, Conway and Koster’s opposition to EPA regulations point to two things 1) this isn’t a partisan fight; Republicans have allies across the aisle on this one 2) the Obama administration and the EPA are pushing bad policies that will hurt ordinary Americans.

So far, this issue hasn’t received much attention in the 2016 cycle, with the exception of Carly Fiorina mentioning it in passing at the first Republican debate. Nevertheless, a full reversal of these abysmal policies hinges on electing a Republican president next year.