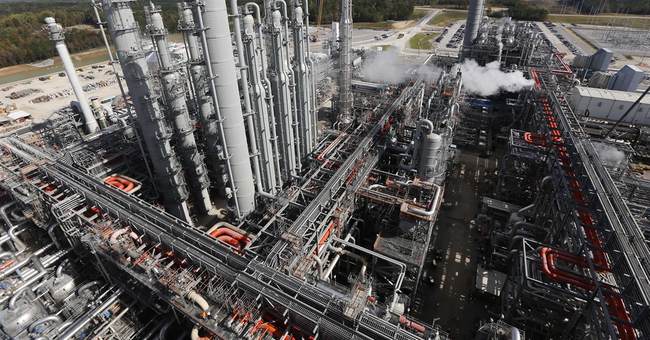 The first round of lawfare has been waged over President Obama’s environmental agenda–and the court has sided with the administration. The D.C. Court of Appeals ruled that the carbon regulations on existing power plants could be implemented while a final judgment on the lawsuit is rendered. States are required to submit their blueprints for compliance with the new regulations by September 6, 2016. Two-year extensions can be filed, but the verdict on whether the president’s Clean Power Plan is legal could come before the September deadline (via Politico):

The centerpiece of President Barack Obama’s plan to fight climate change survived its biggest legal test so far, but the administration is not out of the woods yet.

The D.C. Circuit Court of Appeals’ decision on Thursday to keep EPA’s carbon rules for existing power plants in place while lawsuits against it play out indicates the rule’s far-off compliance deadlines convinced the judges that there is no imminent or irrevocable harm.

The challengers “have not satisfied the stringent requirements for a stay pending court review,” wrote the three judges in an order.

The ruling means states will still have to submit their initial compliance plans by Sept. 6 or ask EPA for two-year extensions. Most states, even those challenging the rule, are crafting plans to reduce their emissions as an insurance policy in case the rule survives. EPA has said it will impose its own plan on states that refuse to come up with their own.

However, the three judges did put the legal challenge on a fast track by scheduling oral arguments for June 2. That means a final decision on the legality of the Clean Power Plan is more likely to come before the Sept. 6 submission deadline.

So, as government will be able to move forward with their green energy agenda that’s parochial in the extreme, communities will continue to be brutalized by this regulatory onslaught. We have enough coal and natural gas to make us energy independent. That’s a fact (via IER):

New technological advances have increased the number of barrels we can extract that’s projected to be twice the rate of global demand. We seem to be surging forward to finding alternative sources that are either increasingly expensive, or are horrifically inefficient, with the goal of gutting the economic power of Republican states. It’s been noted that the Clean Power Plan impacts rural Americans and red states more than those in the liberal Northeast.

At the same time, this is becoming an increasingly bipartisan fight. Democratic attorneys general have joined the majority of states who are fighting the new regulations. It’s set to torpedo the home budgets of many fixed-income seniors who will not be able to afford the spikes in electricity costs. In all, Obama’s war on coal could cost us 125,800 jobs and $650 billion in lost economic activity over the next ten years if these rules are successfully upheld in court.

It’s one of the most underreported issues on the 2016 campaign trail. I hope that changes.