Wyo., ND Governors To EPA: Hey, We Need More Time On Clean Power Plan Regulations Because You Totally ‘Blindsided’ Us 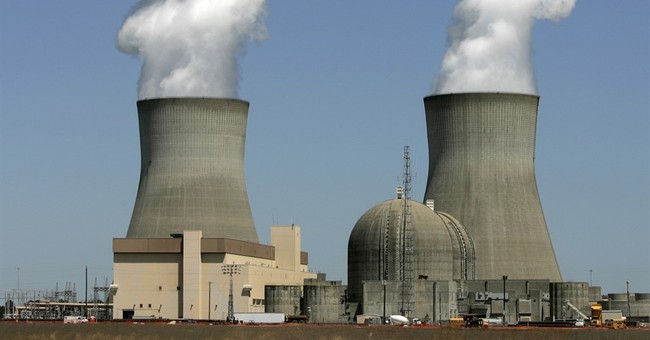 By now, you know that the Obama administration has a plan to combat the threat of global warming by cutting greenhouse gas emissions by 30 percent from 2005 levels by 2030. It’s already projected to gut millions of jobs from black and Hispanic communities, place fixed-income seniors in a bind over increased energy costs, and  disproportionately impacts most of the states that didn’t vote for the president in 2012. Moreover, a majority of Americans already know their electrical bills are going to go up.

Regardless, the Environmental Protection Agency is moving forward with the plan, and states draft their own blueprints to best accommodate the prescribed regulations of the plan. If states refuse, than a federal model will be applied, though states still retain the option to draft their own plans after the deadline, which would replace federal protocols. This has been a source of contention between the White House and Republicans, specifically Republican governors, some of which have said they’re either refusing or considering ignoring the new regulations.

For some governors, like Wyoming Gov. Matt Mead and North Dakota Gov. Jack Dalrymple, both Republicans, they feel like they need more time, but are willing to look at other ways to reduce their emissions. At the same time, both governors admitted that the plan sets impossible standards for them (via E&E Publishing):

The governors of two coal-dependent Western states, Wyoming and North Dakota, believe they have a strong case to make to the Obama administration about the extra time they need to comply with U.S. EPA's new rule to slash CO2 emissions from power plants.

Despite EPA officials' frequent claims of "unprecedented outreach" to states while crafting the final Clean Power Plan, last week the two Western governors told E&E Publishing they felt blindsided when the federal agency announced in August that both states will have to meet much steeper greenhouse gas reduction targets than initially proposed.

"I think I read it in the newspaper," said North Dakota Gov. Jack Dalrymple (R).

North Dakota's emissions rate reduction jumped from 11 percent to 45 percent under the final rule. Wyoming's leapt from 19 percent to 44 percent.

"To me, to come to be that far off would suggest shoddy work," Wyoming Gov. Matt Mead (R) said in a separate interview.

Both states plan to challenge the rule in court. But although both governors say EPA's new rule sets impossible carbon reduction targets that will harm their states' economies, the two also expressed willingness to explore what their states could do to reduce carbon emissions. Both Wyoming and North Dakota are drafting compliance plans for what they think they can achieve.

The preliminary strategy plans to accommodate the goals of the Clean Power Plan have a September 6, 2016 deadline. Fifteen state attorneys general filed a petition to extend the deadlines, though it was rejected by the D.C. Court of Appeals in September.